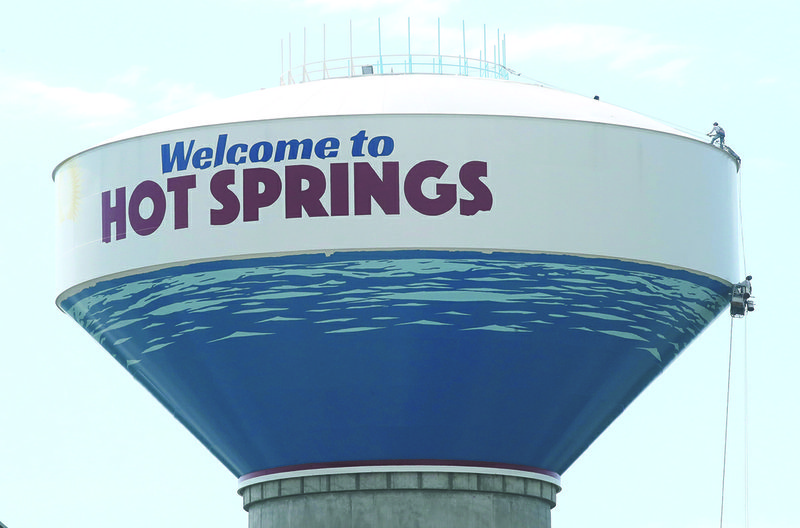 The city plans to issue all of the debt for construction of the $110 million Lake Ouachita water supply project in one package, not incrementally as it had originally planned.

City Manager Bill Burrough said consolidating the cost into one bond issue will allow the city's 23.5 million-gallon a day allocation from Lake Ouachita to come online sooner. An intake, 17-mile raw waterline, a 15 million-gallon a day treatment plant and transmission and distribution lines conveying finished water to customers are the major components.

Issuing the debt over three years, which was originally planned, would require the project to be done piecemeal. Doing it in a single bond issue will allow the components to be built simultaneously and still be financed within the rate structure that took effect in January 2018. Minimum monthly charges will increase by $13 from 2017 levels by next year for residential customers inside the city.

(NOTE: The preceding paragraph has been corrected to state: "The rate structure that took effect in January 2018 will raise the 2017 rate by $8 next year.")

"We were planning on doing things in stages, but with the different types of work we can bring three different vendors in and go ahead and get it all done at once," Burrough said. "We can get the water supply in the system in the next two, two and a half, years, versus spreading that over about five."

Tuesday night's new business on the Hot Springs Board of Directors' agenda includes a preliminary ordinance to authorize the debt issue. A separate ordinance considered at a later date will be needed to ratify the debt authorization. The borrowing terms will be detailed at that time. The city said the debt will be amortized over 30 years.

Build America Mutual Assurance Co., which will insure the city against default on the debt obligation, gave the city an "A" credit rating. Stephens Inc. and Raymond James will buy the debt from the city and sell it to investors at a markup.

Bringing the Lake Ouachita allocation online will increase the supply for the more than 35,000 meters across the 145-square-mile service area by 60% on a maximum demand day. The city's two treatment plants can deliver a maximum of 25 million gallons a day. During prolonged periods of hot and dry weather, and when the area has a large number of visitors, demand can exceed 20 million gallons a day.

The Arkansas Department of Health directs water systems to develop additional water supply when demand begins to exceed 80% of capacity, a threshold the city began to cross with regularity in the summer of 2012.

The new treatment plant the city will build off Amity Road is about 20 miles south of the Lake Ouachita intake the Health Department approved. A 42-inch raw waterline will gravity feed water from the lake to the plant. Engineers have said locating the plant south of its water source will lower water age for customers on the south and east ends of the service area and improve the distribution system's hydraulics.