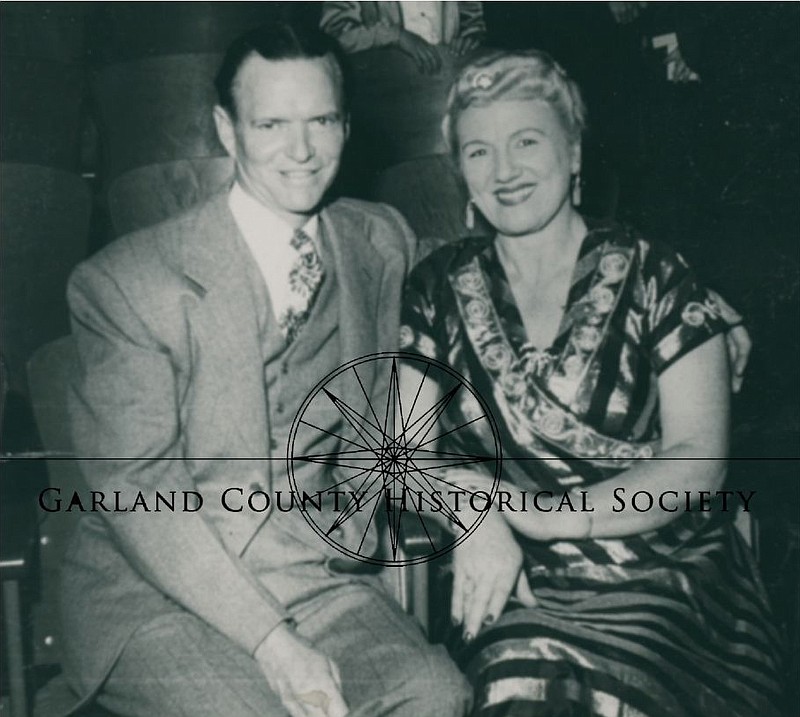 Who was Marjorie Lawrence and what was her connection to Hot Springs?

Marjorie Lawrence was an international opera star (and longtime Hot Springs resident) who became an inspiration because of her extraordinary determination as well as her remarkable talent.

Born on a small Australian farm in 1907, Lawrence overcame her father’s objections and a lack of money to study voice in Paris. After a successful European debut in 1932, she made her American debut with the Metropolitan Opera Company in New York in 1935. Possessing dramatic flair as well as a superb voice, Lawrence was soon a star, one especially admired for her Wagnerian roles.

Lawrence found personal happiness when she married New York osteopath Dr. Thomas King in 1941. During their honeymoon in Mexico City, however, she was stricken with polio. From Mexico, Dr. King brought his paralyzed wife to Hot Springs to seek relief for her pain in the thermal waters. A patient at St. Joseph’s Hospital, Lawrence took bedside thermal treatments and later was taken by ambulance every day to the therapeutic pool at the Maurice Bathhouse. Lawrence’s morale improved greatly after Dr. King found a home that she loved — a ranch that the couple named “Harmony Hills” on Highway 7 south a few miles outside of Hot Springs.

Never able to walk again, Lawrence painfully relearned to sing with different muscles. In 1942 she returned triumphantly to the Met in roles restaged to allow her to perform seated. She performed with leading symphony orchestras around the world, made extensive tours to entertain troops in Australia and the southwest Pacific (1944), occupied Europe (1945, 1948) and Vietnam (1966), and sang at Buckingham Palace and the White House. She wrote her autobiography, Interrupted Melody, in 1949 and saw it turned into an award-winning film starring Eleanor Parker in 1955.

Lawrence gradually began to concentrate on teaching voice. From 1956-1960 she taught at Newcomb College and from 1960-1973 she was director of the Opera Workshop (later named The Marjorie Lawrence Opera Theatre) at Southern Illinois University. After 1974, she joined the voice faculties at the University of Arkansas at Little Rock and at Garland County Community College. For over twenty years, she held annual summer workshops in Hot Springs, presenting her students to overflowing audiences at the Arlington Hotel and in Christmas concerts at the Convention Auditorium.

Lawrence could have lived anywhere in the world, but she loved Hot Springs. Whenever they weren’t traveling, the Kings returned to Harmony Hills. Lawrence once said, “In these quiet hills where one feels so very close to God, we have rediscovered the real joys of living.” In 1974 the Kings sold the property, however, and built a more handicapped-accessible house across the highway from the ranch. This home also had commanding views of the fields and mountains that Lawrence loved. Lawrence made many friends here, and, in ways large and small, was very generous to her adopted hometown. When she died in 1979, she was buried in Greenwood Cemetery.

Marjorie Lawrence was a brilliant performer, but it is as a teacher that many remember her best. Benevolent but stern, she helped her students to achieve more than they thought they were capable of musically and also taught unforgettable life lessons. As Steve Nichols once wrote, “She taught her students that in the face of life’s most devastating blows, it was not necessary to lose either courage or hope. She had proved it herself.”