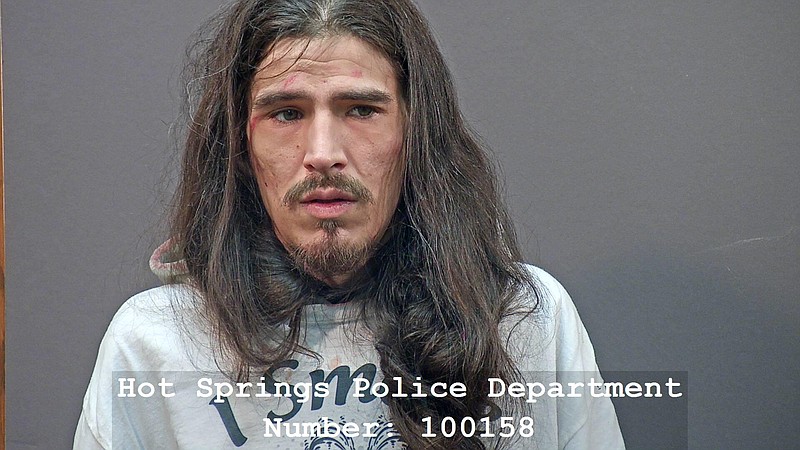 Hot Springs police used a Taser to apprehend an armed shoplifter at a local convenience store early Tuesday after he allegedly threatened to shoot himself, police said in a news release.

Brian Scott Rogers, 30, of Hot Springs, a convicted felon, was taken into custody shortly after 7:30 a.m. and later charged with two felony counts of possession of a firearm by certain persons, one count of theft by receiving of a firearm, and misdemeanor counts of fleeing and resisting arrest.

Rogers also had warrants for failure to appear and committing a terroristic act and warrants out of another jurisdiction, HSPD Cpl. Patrick Langley, the department's public information officer, noted in the release.

Officers had responded at 7:35 a.m. to the Dodge Store, 640 E. Grand Ave., regarding a theft. Rogers was allegedly observed shoplifting items from the store on a previous day and employees saw him in there again that morning "taking more items," the release said.

Officers encountered Rogers as he attempted to flee from the area. When contact was made, Rogers reportedly pulled out a firearm and "threatened to harm himself" while moving away from the officers.

The officers trailed Rogers while "attempting to de-escalate the situation" and finally, "due to his continued behavior," a Taser was deployed, effectively, and Rogers was taken into custody without further incident.

In searching Rogers, he was allegedly found to be in possession of a second firearm, in addition to the one he had displayed, and one of the guns was later determined to have been reported stolen.

"If anyone has any additional information in reference to this incident, please contact Cpl. Jjesus Anaya at 501-321-6789," Langley noted in the release.

Rogers was previously arrested Dec. 5, 2018, following an alleged drive-by shooting he was involved in and charged with theft by receiving of a firearm and later released on a $5,000 bond. A warrant for his arrest on an additional charge of committing a terroristic act was issued on June 3, 2019, but he could not be located and failed to appear for his arraignment on the original theft by receiving charge.