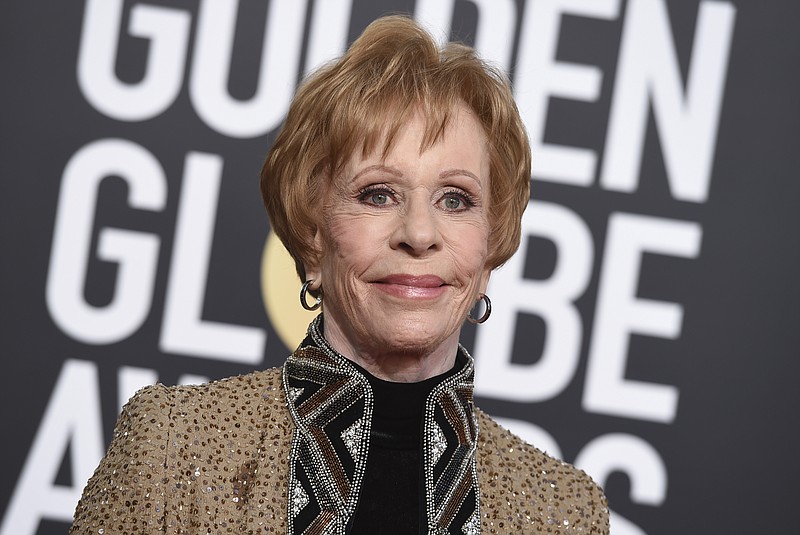 REMOVES REFERENCE TO HULU - FILE - Carol Burnett arrives at the 76th annual Golden Globe Awards on Jan. 6, 2019, in Beverly Hills, Calif.. Episodes of "The Carol Burnett Show" are available on streaming services like Tubi and The Roku Channel. (Photo by Jordan Strauss/Invision/AP, File)

LOS ANGELES -- Carol Burnett is so glad we had this time together, as she sang in her signature song. Now, she's added a lot more time, and a lot more songs, to be glad about.

Since its original run from 1967 to 1978, most viewers have only seen heavily chopped versions of "The Carol Burnett Show," and many fans had no idea that singing and dancing were an essential part of a series that was actually more classic variety show than modern comedy sketch show.

"What we were doing in essence was kind of like a Broadway musical revue every week, kind of like vaudeville, with sketches and then musical numbers. And of course in television the "v" of vaudeville became the "v" of variety show," Burnett told The Associated Press this week. "The problem was, when we went into syndication all those years ago, they cut it down to a half hour, and all the music was cut out."

But now, 65 episodes drawn from the show's 11 seasons on CBS, which brought it 25 Emmy Awards, have been revived and expanded, most to their original hour length, and can be seen streaming for the first time on services including Tubi and The Roku Channel.

Along with its guest star, each show typically had a musical guest, who would perform in a simple setting early in the show then sing and dance in a big, costumed, Broadway-style finale at the end alongside Burnett and often singing co-stars Vicki Lawrence and Lyle Waggoner.

It was on Broadway that Burnett, now 87, had her breakout role at age 26 in 1959, singing in the musical fairytale spoof, "Once Upon a Mattress."

"My first love was musical comedy," Burnett said. "I wanted to be on Broadway, so I was always singing loud, like Ethel Merman. Then what was great fun was that when I got my own show, I got to do some of that."

Merman would be among the show's musical guests, as would Ray Charles, Bing Crosby, Helen Reddy and the Jackson 5.

One restored episode from the show's first season ends with Burnett, Lawrence, comic Phyllis Diller and dancer Gwen Verdon wearing psychedelic "Sgt. Pepper's Lonely Hearts Club Band" regalia and singing a medley of songs from the Beatles album the year it was released.

Burnett liked to stick musicians into sketches too, as she did when she gave Charles a rare acting gig as a bar piano player talking to a sad drinker played by Burnett. He was delighted to do it, telling Burnett, "Nobody ever asks me to do stuff like this."

There are restored sketches in the expanded episodes too, with more comedy from the show's classic core cast of Burnett, Waggoner, Harvey Korman, Tim Conway and Lawrence, who was just 18 in the first episodes.

"They would never let me hire Vicki now," Burnett said. "Just 18, with no experience? No way."

"We're in touch, we talked yesterday on her anniversary, she's been married 46 years. She married our makeup man," Burnett said. "It's hard to believe, she was such a kid when we hired her."

The expanded shows also stand as a tribute to the members of the cast who have died, a couple very recently. Korman died in 2008, Conway died last year, and Waggoner died in March.

"It's just me and Vicki now," Burnett said with a sigh. "We miss our gang." 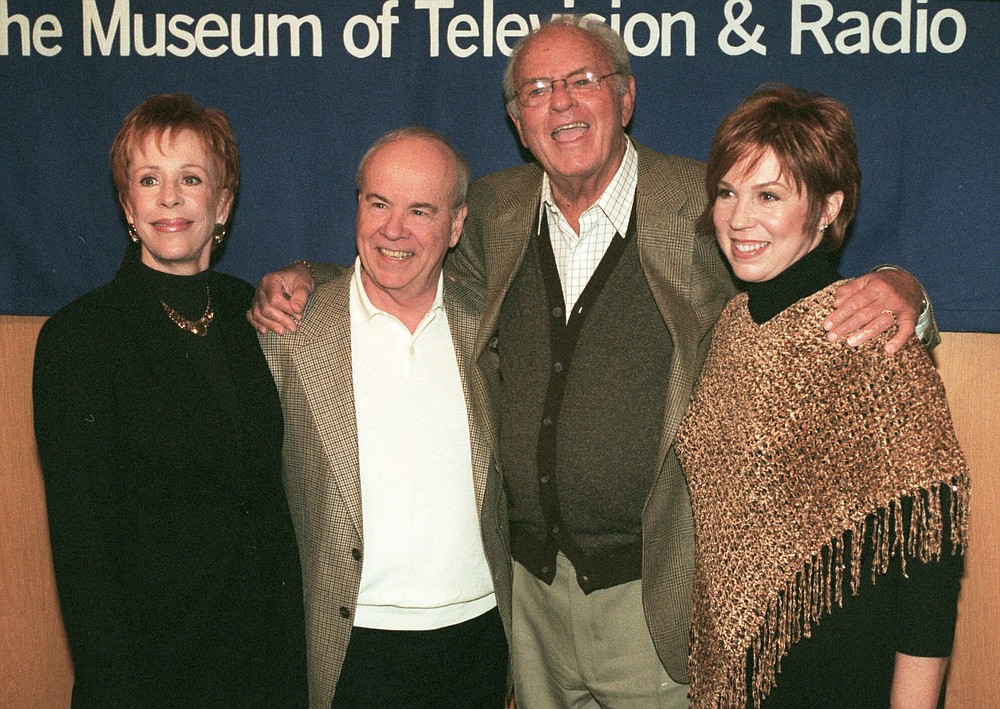 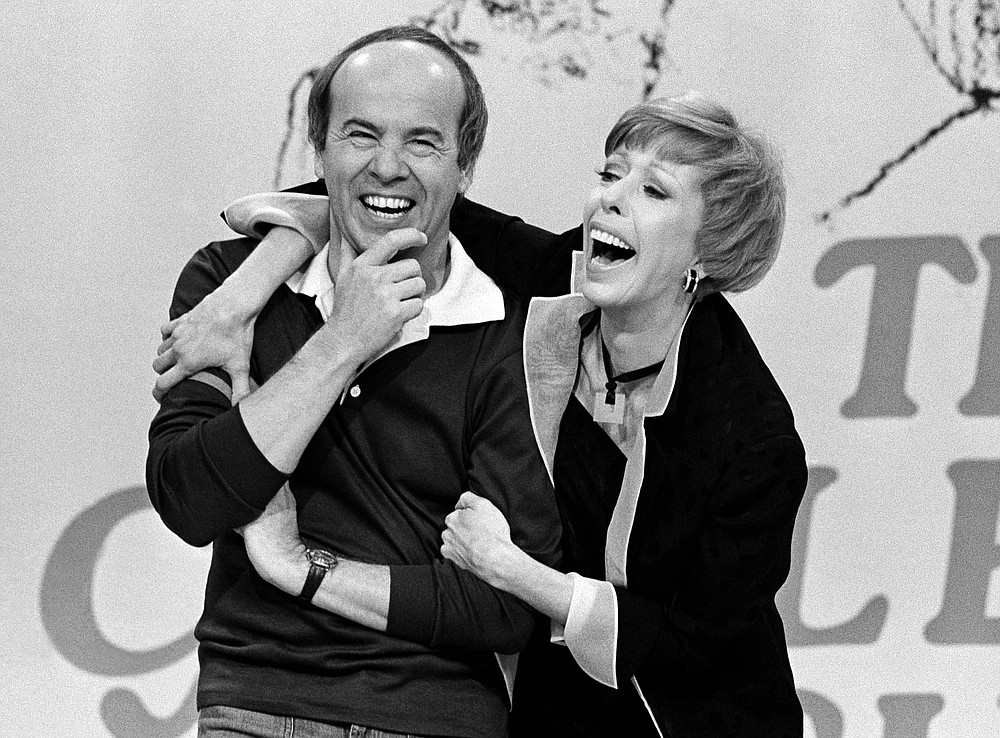 REMOVES REFERENCE TO HULU - FILE - Carol Burnett, right, shares a laugh with Tim Conway during a taping of her final show on March 19, 1978, in Los Angeles. Episodes of "The Carol Burnett Show" are available on streaming services like Tubi and The Roku Channel. (AP Photo/ George Brich, File) 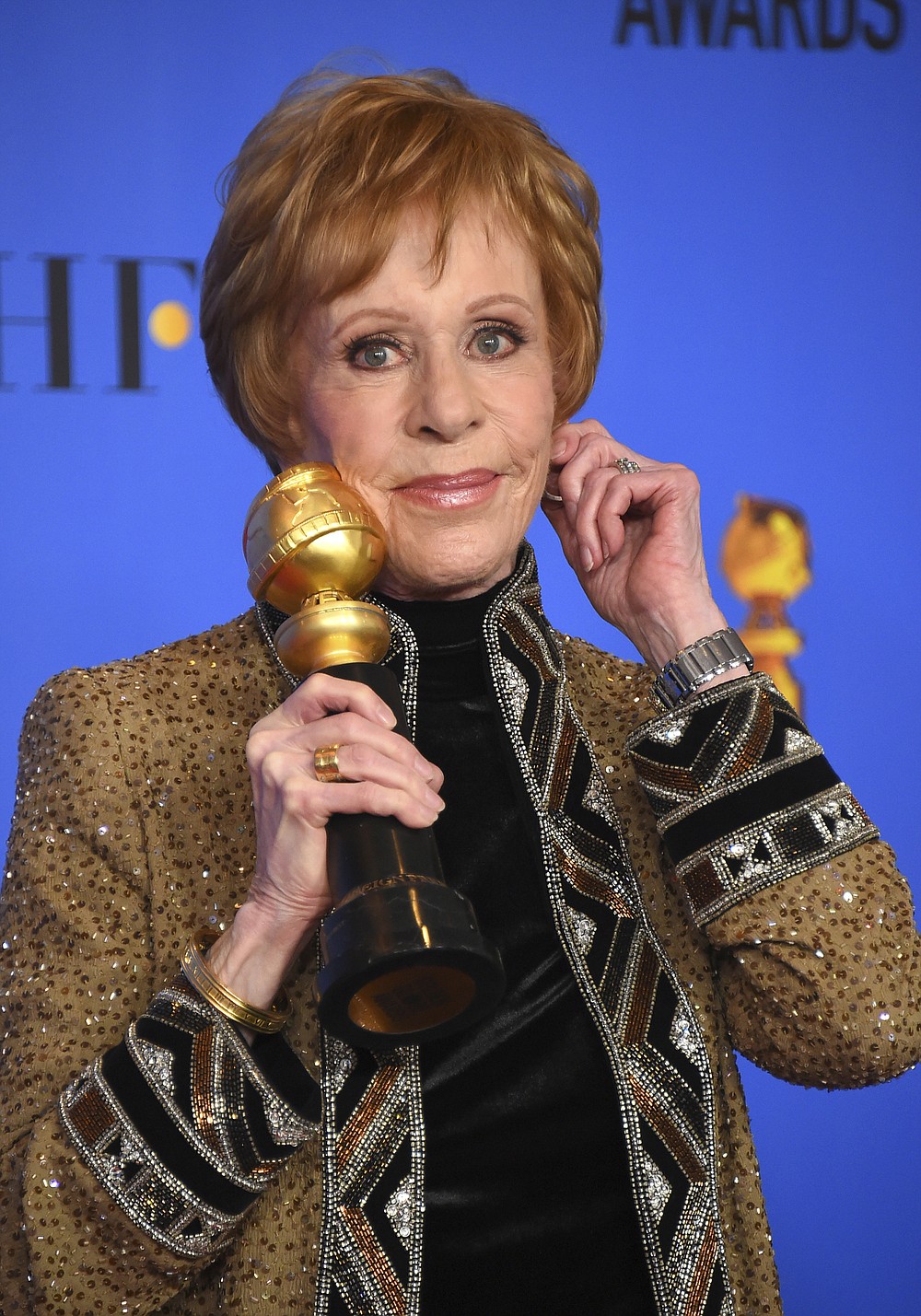 REMOVES REFERENCE TO HULU - FILE - Carol Burnett poses in the press room with the inaugural Carol Burnett Award at the 76th annual Golden Globe Awards on Jan. 6, 2019, in Beverly Hills, Calif. Episodes of "The Carol Burnett Show" are available on streaming services like Tubi and The Roku Channel. (Photo by Jordan Strauss/Invision/AP, File) 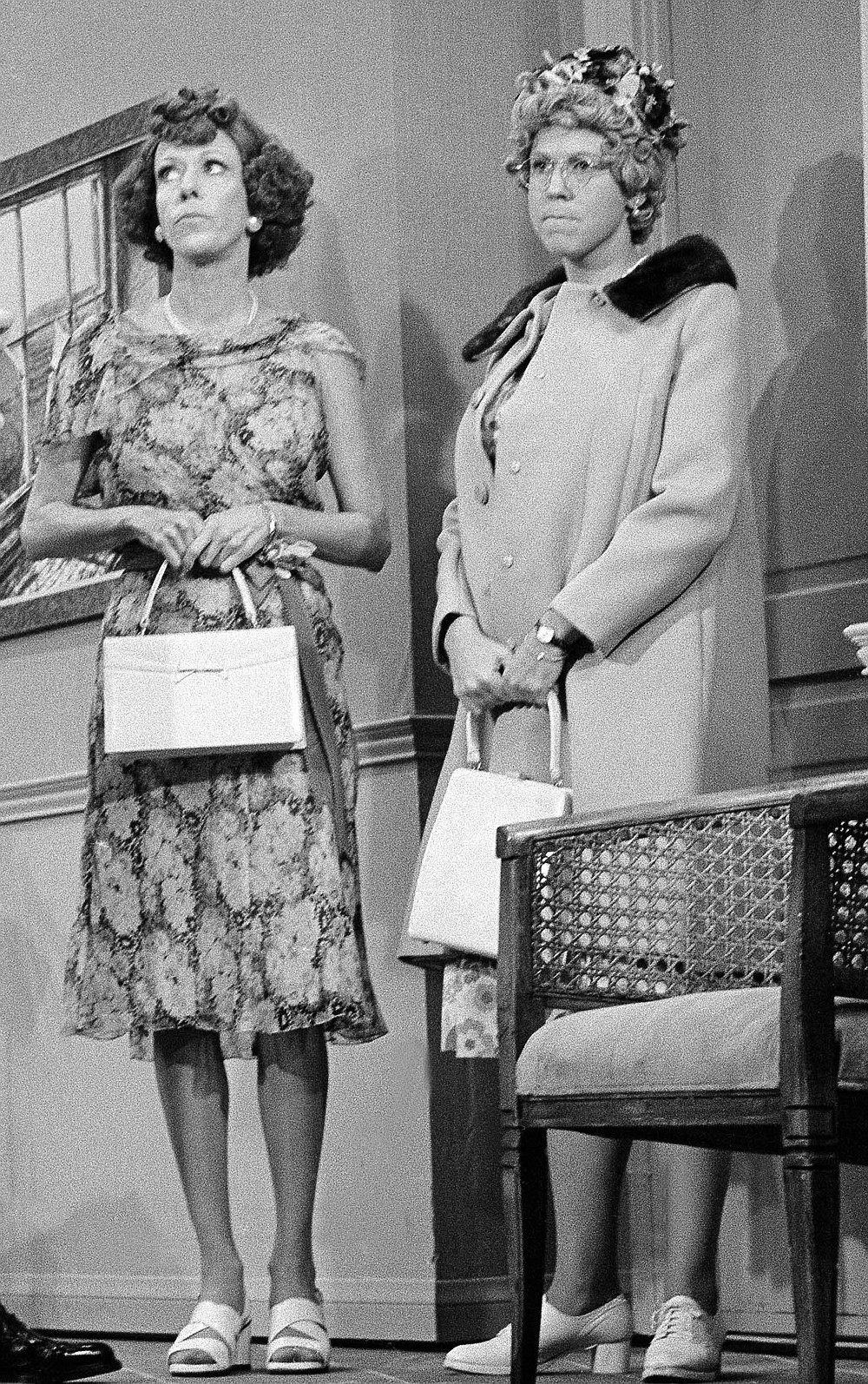 REMOVES REFERENCE TO HULU- FILE - Carol Burnett, left, and Vicki Lawrence, appear at the taping of the final "Carol Burnett Show" on March 17, 1978, in Los Angeles. Episodes of "The Carol Burnett Show" are available on streaming services like Tubi and The Roku Channel. (AP Photo/George Brich, File)