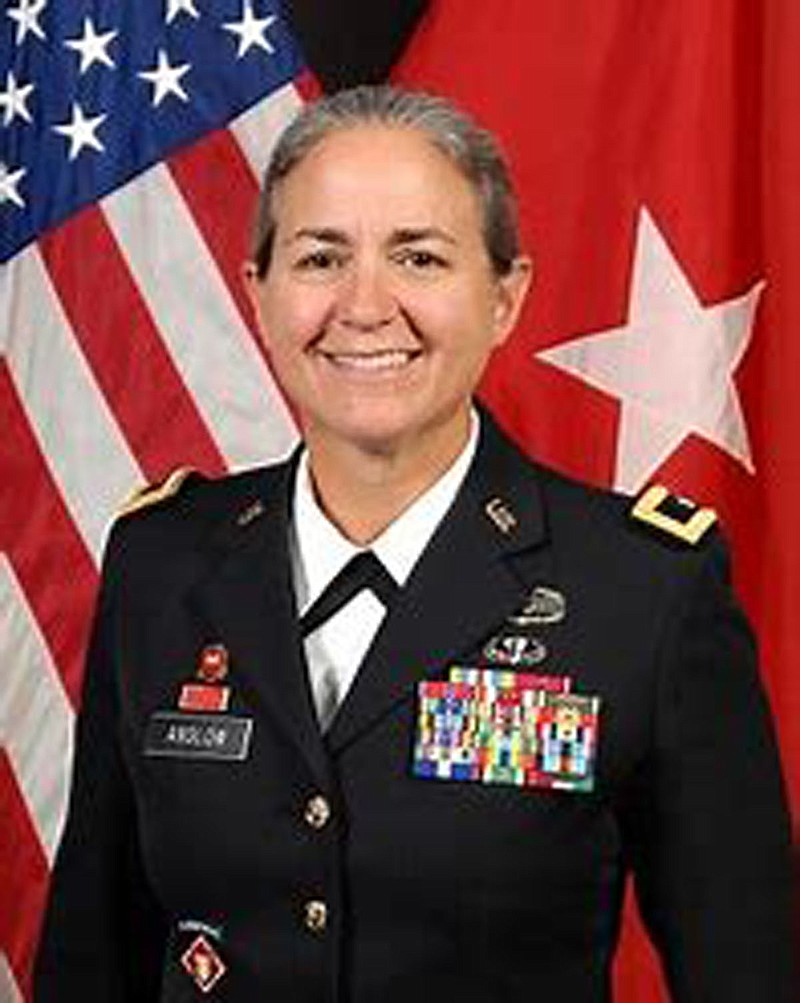 The Arkansas Department of Veterans Affairs hosted a salute to all veterans at the MacArthur Military Museum on Nov. 11.

The event, which was by invitation only due to the COVID-19 pandemic, featured Gov. Asa Hutchison and Maj. Gen. Patricia M. Anslow as keynote speakers.

"The ADVA and U.S.D. 1812 have worked together on many projects benefiting veterans," a news release said.

The Master of Ceremonies was ANG Senior Enlistment Leader Command Sgt. Maj. Steven Veazey. Music was provided by the 106th Army Band, which recognized each branch of the military with their service song.

Anslow serves as chief of staff at the U.S. Southern Command. As part of that role, Anslow also serves as an ex officio member of the Center for Leadership at Florida International University Board of Advisors, the release said.

Before reporting to her current post in July 2018, Anslow's deployments had her leading thousands, from Saudi Arabia to Iraq to Kosovo. As a second lieutenant a year out of the military academy, Anslow, then 23, found herself leading 44 troops during Operation Desert Storm. She made history when she became the first female general in the ANG, it said.

Traveling from Florida to address the assemblage, she said Arkansas was her second home as a member of the ANG. She emphasized one of the simple ways to support veterans and active-duty military is to thank them when encountered.