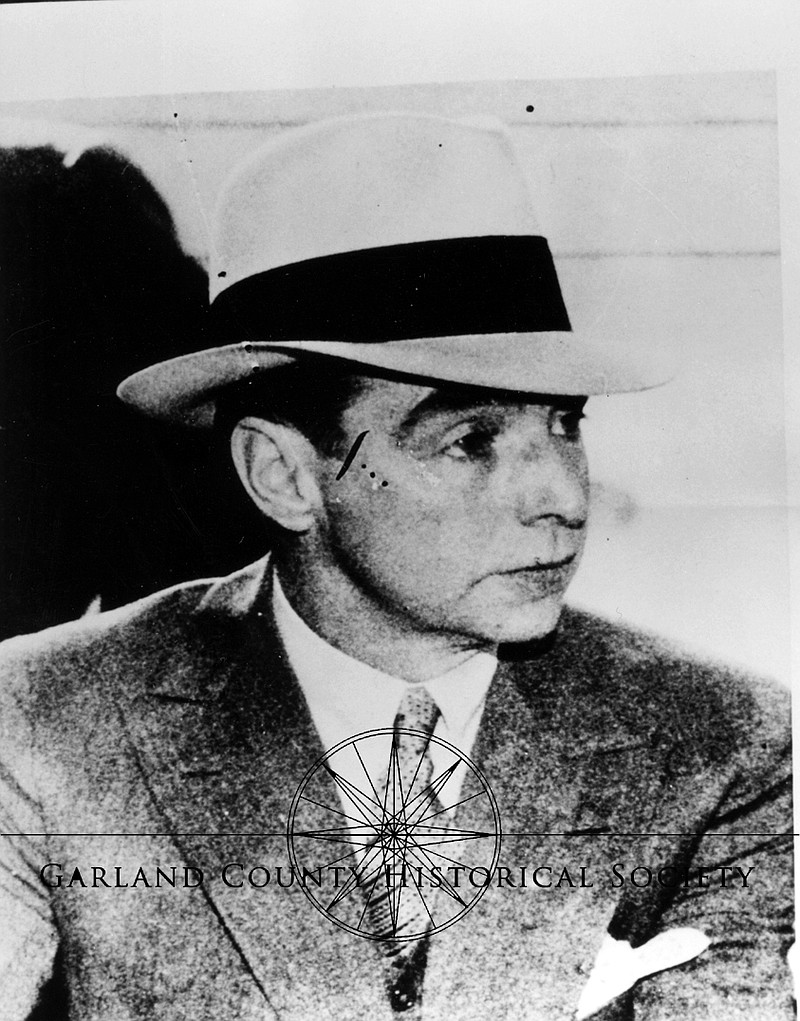 When Owney "The Killer" Madden moved to Hot Springs in 1935, he was one of the most-feared gangsters in the country. - Photo courtesy of the Garland County Historical Society

When Owney Madden moved to Hot Springs in 1935, he was one of the most-feared gangsters in the country. At his death in 1965, he was eulogized as a “truly different man and a real citizen.” How did he reinvent himself so dramatically?

In 1903, 12-year-old Madden immigrated from England and joined the tough Gophers gang in New York City’s Hell’s Kitchen. By the time he was 23, he had been accused of shooting six men to death, and he had acquired the nickname “The Killer.” Shot six times by a rival gang in 1912, he survived but was sent to Sing Sing in 1914 for the murder of a Gopher rival.

Paroled after nine years, Madden worked his way up to the top of a Prohibition bootlegging empire that brought in millions each year. He co-owned well-known clubs, including the Cotton Club in Harlem which featured Black entertainers like Duke Ellington, Cab Calloway, and Lena Horne. Madden also supported the careers of his friends George Raft and Mae West, who once described Madden as “Oh so sweet and oh so vicious.” As a fight promoter, Madden fixed many boxing bouts, most notoriously the heavyweight championship match between his fighter Primo Carnera and defending champ Jack Sharkey.

In 1931, he vacationed in Hot Springs. Mobster Dutch Shultz had told him to “check out the good-looking dame in the tea and gift shop near the Southern Club.” Madden soon fell in love with “the dame” — Agnes Demby, the postmaster’s daughter. The following year, however, Madden was sent back to Sing Sing for violating his parole by traveling out-of-state without permission. After seven months, Madden was released on the condition that he settle in Hot Springs permanently.

Madden turned over his New York rackets to Lucky Luciano and Frank Costello and headed back to Hot Springs. He and Agnes were married in the Demby home at 506 W. Grand Ave. in 1935. They lived there for the rest of their lives. Madden entertained vacationing underworld figures but also made friends locally — golfing with W.E. Chester, the manager of the Arlington, among others. He often visited in the office of his friend, attorney Q. Byrum Hurst Sr. He boated on Lake Hamilton in a Chris-Craft boat given to him by George Raft, who delighted locals by signing autographs at a Bathers’ game when he visited. Madden spent afternoons in the Southern Club Grill, picking up the checks for soldiers and giving money to those down on their luck. Madden also gave generously to local charities.

Did Madden control local gambling? No. He was told by Mayor Leo McLaughlin and Municipal Judge Verne Ledgerwood that the state would close down gambling in Hot Springs if a New York mob leader invested in our clubs. His entry was also opposed by Hot Springs’ gambling czar, Bill Jacobs, who stoutly resisted any outside interest. After Jacobs’ death in 1940, Madden was allowed to buy a non-controlling interest (which he sold in 1956) in the Southern Club. In 1960, he bought a small interest in the Vapors. His biggest gambling investment in Hot Springs was the establishment in the late 1950s of a successful wire service for local bookies in the Ritter Hotel (owned by Hurst) on Exchange Street.

In 1965, Madden died and was buried in Greenwood Cemetery. Mayor Dan Wolf and Police Chief Joe Ermy were honorary pallbearers, as were representatives of mobsters like New Orleans’ Carlos Marcello. Agnes died in 1991.

You can learn more about Madden in Orval Allbritton’s The Mob at the Spa, Graham Nown’s “The Arkansas Godfather” and David Hill’s “The Vapors.” Perhaps we’ll never solve the mystery of someone who was “oh so sweet and oh so vicious.” But we can be grateful that Hot Springs saw only the sweet side of Owney Madden.