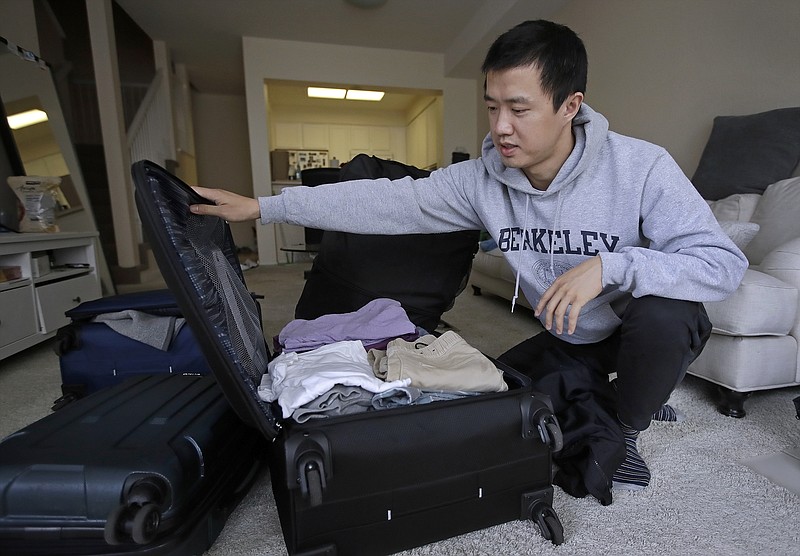 FILE - In this Feb. 4, 2019, photo, Leo Wang packs a suitcase at his home in San Jose, Calif. Wang has found himself trapped in an obstacle course regarding H-1B work visas for foreigners. His visa denied and his days in the United States numbered, A federal judge on Thursday, Oct. 1, 2020, temporarily lifted a visa ban on a large number of work permits, undercutting a measure that the Trump administration says will protect American jobs in a pandemic-wracked economy. (AP Photo/Ben Margot, File)

SAN DIEGO -- A judge on Thursday temporarily lifted a visa ban on a large number of work permits, undercutting a measure that the Trump administration says protects American jobs in a pandemic-wracked economy.

White, ruling in Oakland, California, said his order didn't extend beyond those groups. But he noted they are comprised of "hundreds of thousands of American businesses of all sizes from a cross-section of economic sectors," including Microsoft Corp. and Amazon.com Inc.

Paul Hughes, an attorney for the associations, said the U.S. Chamber of Commerce alone has "more than 300,000 members of all shapes and sizes across the United States."

The injunction, which lifts the ban while the case is being litigated, is at least a temporary setback for the administration's efforts to limit legal immigration during the coronavirus outbreak.

White, who was appointed by President George W. Bush, said President Donald Trump likely acted outside bounds of his authority.

The judge wrote "there must be some measure of constraint on Presidential authority in the domestic sphere in order not to render the executive an entirely monarchical power in the immigration context, an area within clear legislative prerogative."

The ban, which took effect in June and is scheduled to last until the end of this year, applies to H-1B visas, which are widely used by major American and Indian technology companies, H-2B visas for nonagricultural seasonal workers, J visas for cultural exchanges and L visas for managers and other key employees of multinational corporations.

It was the second time in three days that White blocked a significant change on immigration. On Tuesday, he halted major fee increases for citizenship and other benefits three days before they were to take effect.

The Homeland Security and Justice departments did not immediately respond to requests for comments Thursday night.

The National Association of Manufacturers, which represents 1,400 companies, said the ruling will help with "crucial, hard-to-fill jobs to support economic recovery, growth and innovation when we most need it."

"Today's decision is a temporary win for manufacturers committed to building that innovation in the United States," said Linda Kelly, the group's senior vice president and general counsel. "A long-term win for manufacturers requires policymakers to support meaningful reforms to our immigration laws that recognize the critical link between smart immigration policy and America's competitive advantage."

With Congress and the White House deadlocked on immigration, Trump has reshaped the system on his own. The Migration Policy Institute recently catalogued more than 400 executive actions during his presidency to change policy, including border enforcement, asylum eligibility and vetting for visas. 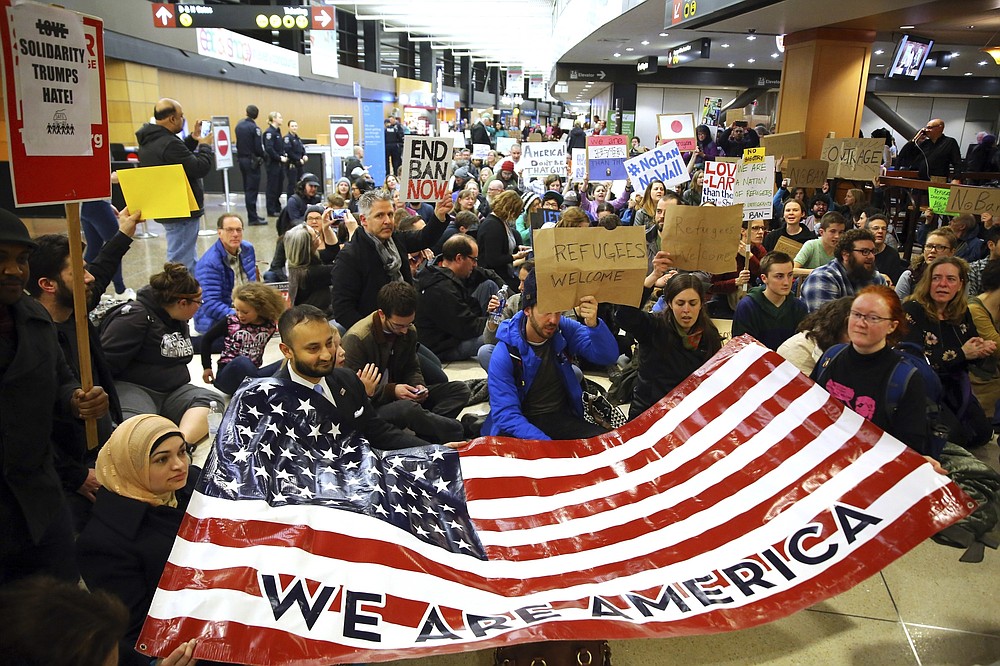 FILE - In this Jan. 28, 2017, file photo, demonstrators sit in the concourse at Seattle-Tacoma International Airport in Seattle, Wash., with a sign that reads "We are America," as more than 1,000 people gather to protest the order signed the day before by President Donald Trump that restricts immigration to the U.S. A federal judge on Thursday, Oct. 1, 2020, temporarily lifted a visa ban on a large number of work permits, undercutting a measure that the Trump administration says will protect American jobs in a pandemic-wracked economy. (Genna Martin/seattlepi.com via AP) 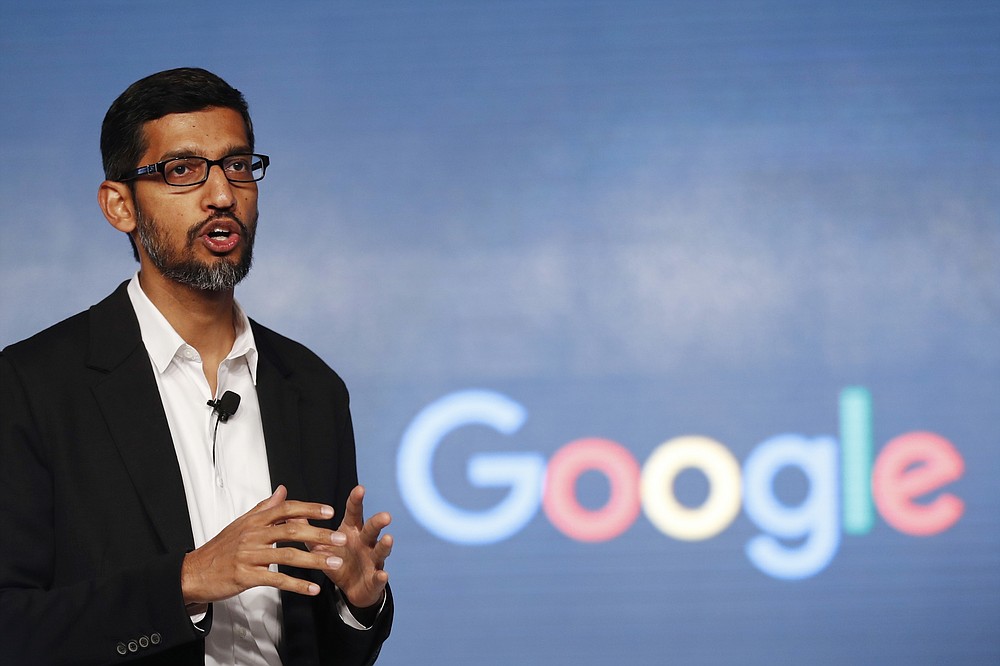 FILE - In this Jan. 4, 2017, file photo, Google CEO Sundar Pichai speaks during a news conference on Google's collaboration with small scale local businesses in New Delhi. U.S. tech companies fear the Trump administration will target a visa program they cherish for bringing in engineers and other specialized workers from other countries. Although these visas, known as H-1B, aren't supposed to displace American workers, critics say safeguards are weak. A federal judge on Thursday, Oct. 1, 2020, temporarily lifted a visa ban on a large number of work permits, undercutting a measure that the Trump administration says will protect American jobs in a pandemic-wracked economy. (AP Photo/Tsering Topgyal, File) 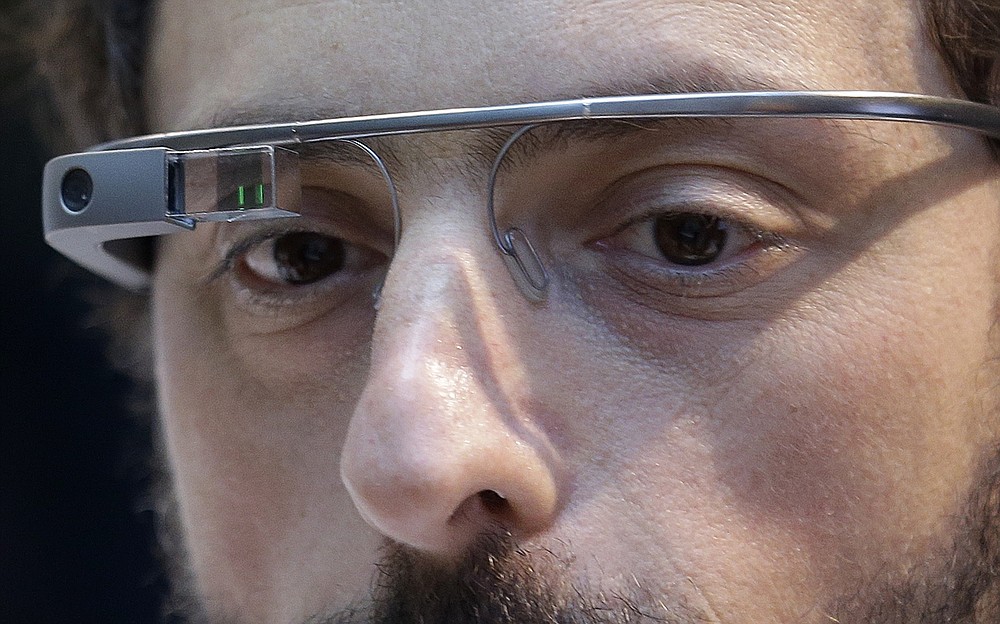 FILE - In this Feb. 20 2013 file photo, Google co-founder Sergey Brin wears a Google Glass device in San Francisco. Brin immigrated to the United States with his family from the Soviet Union at the age of six. From AT&T's Alexander Graham Bell to Brin, immigrants have long been more likely than native-born Americans to realize the dream of owning their own company. A federal judge on Thursday, Oct. 1, 2020, temporarily lifted a visa ban on a large number of work permits, undercutting a measure that the Trump administration says will protect American jobs in a pandemic-wracked economy. (AP Photo/Jeff Chiu, File)