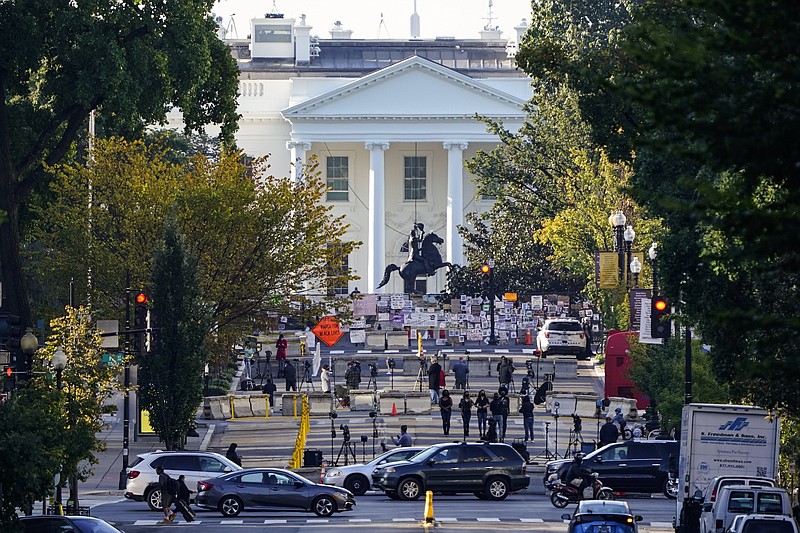 The White House is seen in Washington, early Tuesday, Oct. 6, 2020, the morning after President Donald Trump returned from the hospital where he was treated for COVID-19. Traffic moves along K Street NW as TV crews set up in Black Lives Matter Plaza. (AP Photo/J. Scott Applewhite)

WASHINGTON -- President Donald Trump on Tuesday called an abrupt end to negotiations with Democrats over additional COVID-19 relief, delaying action until after the election despite ominous warnings from his own Federal Reserve chairman about the deteriorating conditions in the economy.

Trump tweeted that House Speaker Nancy Pelosi was "not negotiating in good faith" and said he's asked Senate Majority Leader Mitch McConnell to direct all his focus before the election into confirming his U.S. Supreme Court nominee, Amy Coney Barrett.

"I have instructed my representatives to stop negotiating until after the election when, immediately after I win, we will pass a major Stimulus Bill that focuses on hardworking Americans and Small Business," Trump tweeted.

The unexpected turn could be a blow to Trump's reelection prospects and comes as his administration and campaign are in turmoil. Trump is quarantining in the White House with a case of COVID, and the latest batch of opinion polls shows him significantly behind former Vice President Joe Biden with the election four weeks away.

The collapse means that Trump and down-ballot Republicans will face reelection without delivering aid to voters -- such as a pre-election batch of $1,200 direct payments, or "Trump checks," to most individuals -- even as the national jobless rate is about 8% with millions facing the threat of eviction. One endangered Republican, Maine Sen. Susan Collins, said "waiting until after the election to reach an agreement on the next Covid-19 relief package is a huge mistake."

Trump's move came immediately after he spoke with the top GOP leaders in Congress, who had been warily watching talks between Treasury Secretary Steven Mnuchin and Pelosi. Many Senate Republicans had signaled they would not be willing to go along with any stimulus legislation that topped $1 trillion, and GOP aides had been privately dismissive of the prospects for a deal.

Just on Saturday, tweeting from Walter Reed National Military Medical Center, Trump said, "OUR GREAT USA WANTS & NEEDS STIMULUS. WORK TOGETHER AND GET IT DONE." But any Pelosi-sponsored agreement of close to $2 trillion raised the potential of a GOP revolt if it came to a vote.

Last week, the White House said it was backing a $400 per week pandemic jobless benefit and dangled the possibility of a COVID-19 relief bill of $1.6 trillion. But that offer was rejected by Pelosi, who continued to take a hard line in the talks, including insisting on repeal of a $254 billion GOP business tax break passed in the March package as a way to finance additional relief.

Pelosi had spoken with Mnuchin earlier Tuesday. After Trump's tweets spiking the negotiations, Pelosi said Trump was "unwilling to crush the virus" and "refuses to give real help to poor children, the unemployed, and America's hard working families."

Stocks dropped suddenly on Wall Street after Trump ordered a stop to negotiations. The Dow Jones Industrial Average swung instantly from a gain of about 200 points to a loss of about 300 points.

Powell, in remarks before the National Association for Business Economics, made clear that too little support "would lead to a weak recovery, creating unnecessary hardship for households and businesses."

Trump cited Pelosi's demands for state and local governments as a key reason for pulling out of the talks. Pelosi and Mnuchin were far apart on that issue -- with Trump offering $250 billion while Pelosi was holding out for more than $400 billion. And Pelosi was asking for a higher weekly jobless benefit and refundable tax credits for the working poor, among other provisions.

The negotiations started in July and were on pause for weeks before recently reheating. Pelosi was insisting on an aid package exceeding $2 trillion -- roughly the cost of the landmark CARES Act in March. Trump said Pelosi's offer was $2.4 trillion.

Early rounds of COVID relief passed by overwhelming margins as the economy went into lockdown in March. After that, Trump and many of his GOP allies focused more on loosening social and economic restrictions as the key to recovery instead of more taxpayer-funded aid.

Still, the decision to halt negotiations could be politically risky with just four weeks to go before Election Day. While the stock market has clawed much of its way back after cratering in the early weeks of the crisis, unemployment stands at 7.9%, and the nearly 10 million jobs that remain lost since the start of the pandemic exceed the number that the nation shed during the entire 2008-09 Great Recession.

White House officials did not immediately respond to a request for further explanation of the timing of the president's decision to halt negotiations.

Tim Murtaugh, a Trump campaign spokesman, pushed back against the notion that breaking off negotiations could hurt the president at the ballot box.

"Nancy Pelosi, Chuck Schumer, and Congressional Democrats have not been honest brokers," Murtaugh said. "They would rather have a political issue to help Joe Biden than act to help Americans. It's despicable."

"Well I think his view was that they were not going to produce a result and we need to concentrate on what's achievable," McConnell said about the president.

While Trump said he'll immediately restart talks in November if he wins reelection, a Biden victory could mean the economy would go without further stimulus until February.

The economy has recovered more quickly than most economists had expected, so far, largely because of the stimulus Congress approved in a $2 trillion package in March. The $1,200 stimulus checks, supplemental $600 unemployment benefits each week, and aid to small businesses boosted household incomes and enabled many low-income Americans to pay bills and rent and maintain their overall spending, according to data from Opportunity Insights. 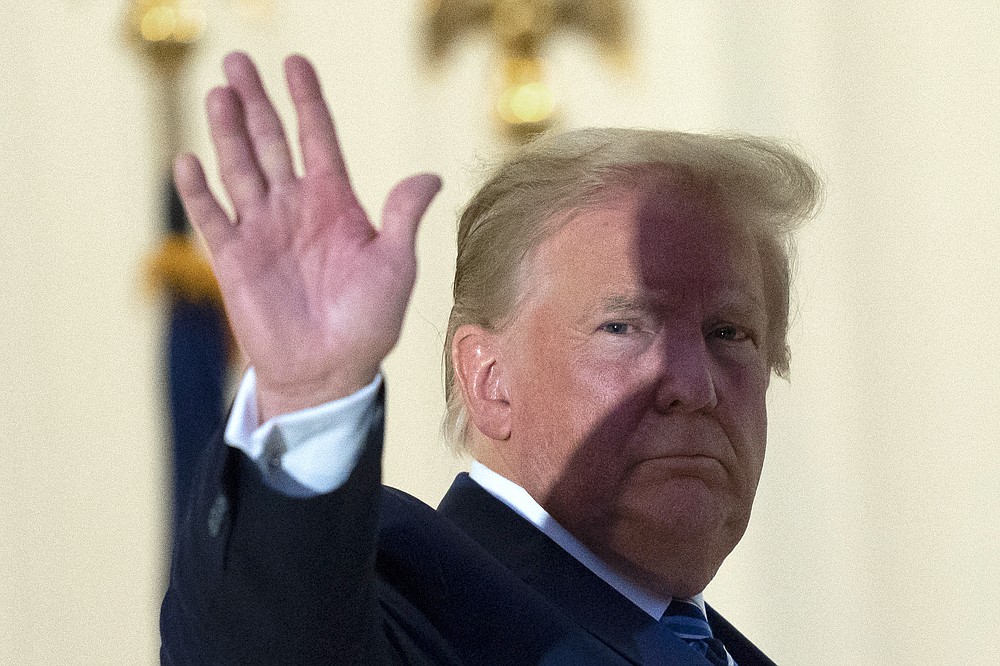