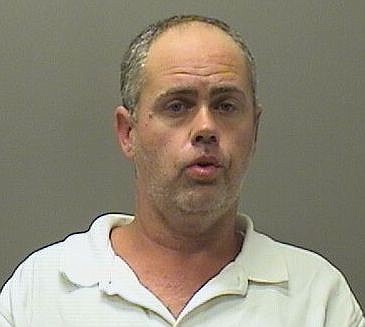 A homeless man reportedly armed with a knife was arrested Thursday morning after allegedly trying to break into a car that was occupied by a woman who apparently scared him off.

Norman Joseph Botarf, 41, who lists "city streets" as his address, was taken into custody shortly before 9:30 a.m. and charged with a felony count of possession of drug paraphernalia, punishable by up to six years in prison, and misdemeanor counts of criminal attempt at breaking or entering and possession of a controlled substance, marijuana, each punishable by up to one year in jail.

Botarf was being held on a $4,500 bond and was set to appear Friday in Garland County District Court.

According to the probable cause affidavit, around 9 a.m. Thursday, Hot Springs police Officer Morgan Murray responded to the 400 block of Trivista Street regarding a man trying to break into a car "holding a knife in his hand."

The man, later identified as Botarf, was located on Talisman Street near Hollywood Avenue and detained. Officers spoke with the female victim who called who was reportedly sitting in her car at the time of the incident.

She said the man tried to open her door so she honked the horn which "startled him and he walked away." After he was taken into custody, Botarf allegedly admitted he did try to get in the car to "get a couple of dollars."

In searching Botarf, Murray found a baggie of marijuana, 0.8 gram, and a glass pipe with white residue that Botarf allegedly admitted he used to smoke meth.

Botarf, who lists no prior felony history, had one prior misdemeanor arrest on Oct. 9, 2020, for criminal trespass at a local business. He pleaded guilty on Monday in district court and was fined $240 and sentenced to four days in jail, with credit for time served since his arrest so he was released on Tuesday.