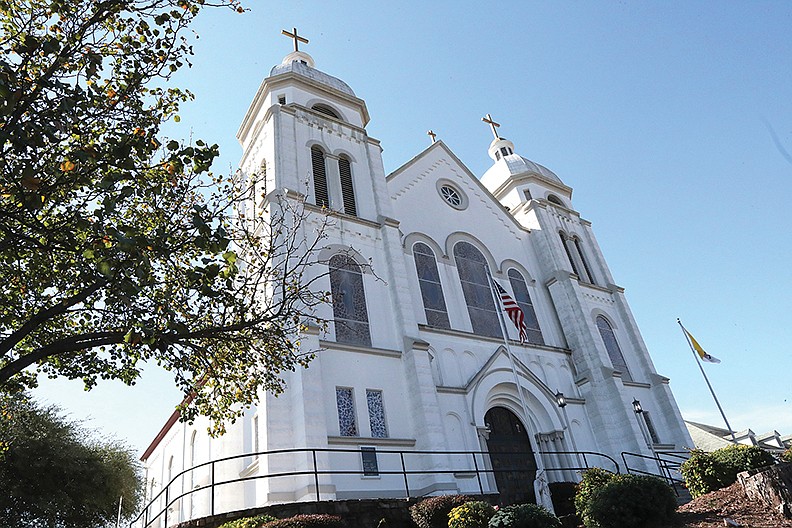 The exterior of the Catholic Church of St. John the Baptist in Hot Springs. - Photo by Richard Rasmsusen of The Sentinel-Record

EDITOR'S NOTE: This is one in a continuing series of articles in October relating to 'spooky Spa' legends leading up to All Hallows' Eve.

A local urban legend has it that there is a church built on top of a cemetery in the Spa City, but while a local historian says that's a myth, the truth forges a strong connection to the past.

John Archibald, a former staff writer for The Sentinel-Record and local history buff, says the evidence points to there being human bones currently buried under the Catholic Church of St. John the Baptist in Hot Springs, giving those who pray there a "unique" tie between the present and the past.

"So there's a common myth about St. John Church in Hot Springs, that it was built on top of a cemetery, but that's not exactly true, and I'd like to separate the fiction from the fact," Archibald said. "Pre-Civil War, in the Antebellum years, there was a paupers' cemetery on this hill," where the church now stands.

"That meant the people in Hot Springs that could not afford a burial, got buried here. There were the poor and indigent of the city, and this happened well after the Civil War also."

The property was sold to the church by its owner, Col. George Latta, with the cemetery still on it.

"There was an effort made to remove the graves from the cemetery, but when it came time to build the church, bones were discovered in the construction of St. John's Church," Archibald said. Construction was finished in 1912.

One interesting point of this occurrence that Archibald found while talking to Liz Robbins, Garland County Historical Society executive director, was that the bones could have been buried anywhere else after being discovered.

"She (Robbins) said this is a very important point because the workers who built the church would have been well within their bounds to simply dig a hole somewhere on the property and put the bones into the hole," Archibald said. "Or they could have done possibly the more respectful thing, which would be to find a grave at Greenwood Cemetery and bury it there, and perhaps even give it a marker.

"But she (Robbins) said what she thought was very interesting was they did what was the 'holy option,' and the holy option was to put the bones into a box, and again cement it underneath the altar rail of the church.

"I think that's a beautiful statement, because it achieves two things: One, it means that the past is always part of the present, and secondly it means that everyone who prays here is also uniquely tied with the present and the past." 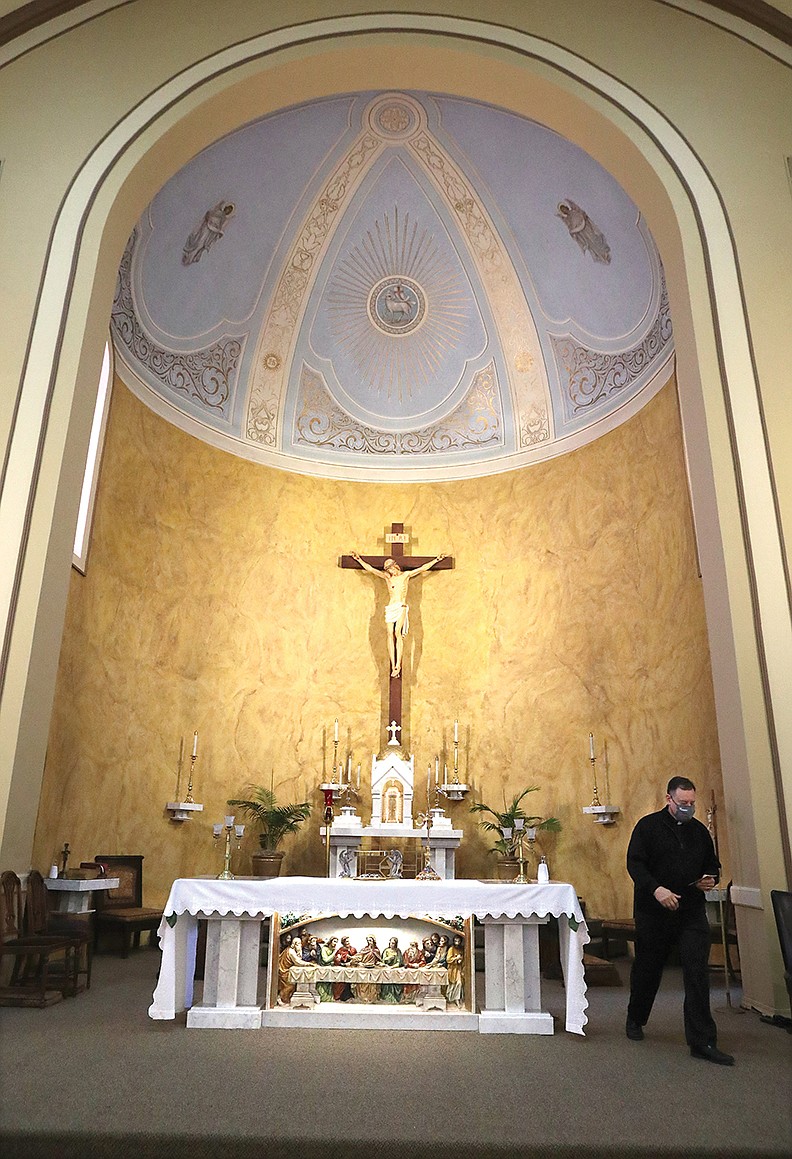 The Rev. George Sanders walks near the altar of the Catholic Church of St. John the Baptist on Friday. - Photo by Richard Rasmsusen of The Sentinel-Record
ADVERTISEMENT