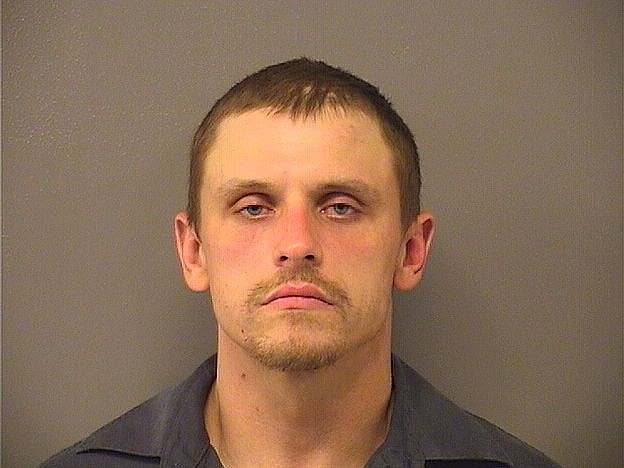 A Mountain Pine man arrested earlier this year after attacking and trying to flee from Mountain Pine police was sentenced to three years in prison Thursday after pleading guilty to charges in Garland County Circuit Court.

Bobby Wayne Applegate, 29, pleaded guilty to a felony count of second-degree battery and was sentenced to three years in prison, and misdemeanor counts of resisting arrest and fleeing on foot and was sentenced to 60 days and 30 days in jail, respectively, all to run concurrently.

Applegate was arrested on Jan. 8 and pleaded not guilty to the charges on March 3. He was released on March 8 on $10,000 bond, but was arrested again on Aug. 18 on a misdemeanor charge of third-degree domestic battery and had remained in custody since then. He is set to stand trial on the battery charge on Nov. 19 in Garland County District Court.

According to the probable cause affidavit, on Jan. 8, Mountain Pine police Lt. Richard Lobbs and Officer Ruey Hendrix were dispatched to the 300 block of Seventh Avenue regarding a disturbance and upon arrival made contact with a woman, 38, and Applegate, who initially gave them a false name and date of birth.

Once his true identity was established, Garland County sheriff's Deputy Jon Lane assisted Lobbs and Hendrix in attempting to take Applegate into custody.

Lane told Applegate to stand up and put his hands on the hood of the car, but instead Applegate tried to run past Lobbs. Hendrix tried to restrain him and Applegate threw an elbow across the face of Lobbs, causing physical injury, and tried to run again.

Hendrix and Applegate went to the ground and Applegate continued to fight until Lane pulled his Taser and again ordered him to stop resisting. Applegate finally complied and was handcuffed, but reportedly continued to be belligerent and scream at the officers while being transported.

According to court records, Applegate was arrested in Benton on Sept. 7, 2019, on a felony charge of possession of a controlled substance, meth, and then failed to appear at a court hearing on Sept. 12 so a warrant was issued which Applegate was also served with at the time of his arrest in January.