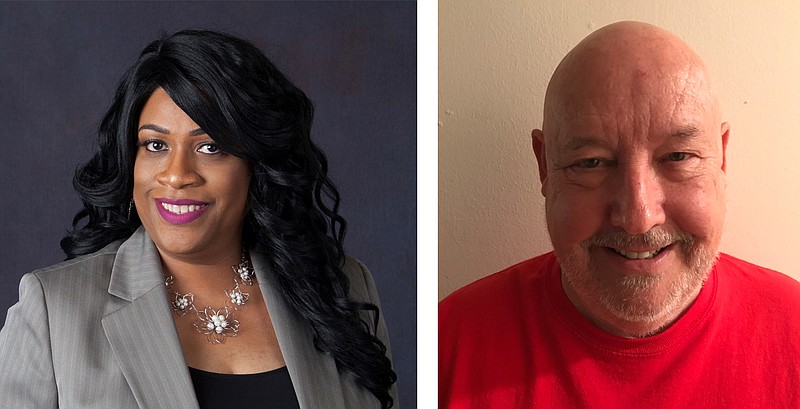 Garland County Republicans have won eight out of the last 11 contested justice of the peace races, with all three losses coming in JP District 3.

The district, which is mostly within the city limits of western Hot Springs, has been an outlier in the trend that has seen Republicans dominate the county's electoral politics since 2010. Former District 3 JP Denise Marion was the only Democrat to win a majority of the vote in the county in 2014 and 2016.

Her successor, Esther Dixon, continued the trend, keeping the JP3 seat in Democratic hands for a third-straight election cycle with her narrow win over Republican Eric Capaci, the pastor of Gospel Light Baptist Church, in 2018. Dixon trailed when she went to bed on election night but polled enough votes from the more than 7,000 that were added to the county's election tally late that evening to pull ahead of Capaci by 24 votes.

Her win kept the Garland County Quorum Court from being a male-only panel, as she and Marion have been the only women elected to the county's legislative and budgeting authority in the last two election cycles. Five Democratic women ran for quorum court seats in 2018, but only Dixon prevailed.

"It's extremely important for our leadership to be diverse and be reflective of the community it serves," Dixon, who runs two local nonprofits, including Diamonds in the Rough, a mentoring program for women and girls, said. "Having diversity and having women on the quorum court are very important."

Dixon is also the executive director of Difference Makers of Hot Springs, a nonprofit addressing poverty and its effects on the community.

Former JP George Pritchett is hoping to loosen the Democrats hold on District 3, an area the Republican said has a crime and poverty problem.

"We have so many problems and so many different things we need to work on, but if we don't get a better handle on crime and on keeping our kids in school, we're going to lose the war," Pritchett, an owner of numerous rental properties, said.

"That's maintaining the welfare and protection of the community and providing adequate law enforcement and emergency and medical services," said Dixon, whom County Judge Darryl Mahoney tasked with heading the committee that organized the county's census count.

The quorum court appropriated money last year to operate the Garland County Detention Center at its full capacity of about 500 beds, an outlay Pritchett called for when crowding forced the sheriff's department to impose booking restrictions last year.

Pritchett said the county could have eased the tax burden on citizens if it continued to use general fund money to operate the jail. The old jail on the county's Ouachita Avenue campus was mostly funded by the general fund prior to voters passing a 0.375% countywide sales tax to operate the new jail that opened in 2015 at 3564 Albert Pike Road.

Pritchett said continuing to use the general fund, which receives most of the proceeds from a 0.50% countywide sales tax, to operate the jail could have lowered the sales tax rate. Instead of the 0.375% levy that operates the jail, Pritchett said the 0.25% sales tax the quorum court initially considered putting on the ballot would have provided adequate funding when paired with general fund money the county was already using for detention.

"We didn't only have a tax increase for the jail of (0.375%) on everybody," he said. "We took away the money that we had always used to operate the jail that was based on a sales tax anyway and put it in other funds."

Pritchett said general fund money no longer used to operate the jail has funded the expansion of county government, including the creation of a financial management office that consolidated all of the county's payroll, accounts receivable, accounts payable and other financial functions into one department in 2016.

"We've expanded everything," he said. "I can't think of anything we haven't had growth in."

The quorum court can enact laws affecting the health, welfare and safety of county residents, so long as the mandates don't encroach on authority reserved for the state and federal governments. Pritchett said those laws need to come from JPs, not the executive arms of county government.

"Legislation should come from the quorum court members and flow up, not flow down from the county judge," he said.

Pritchett said the current quorum court has adopted legislation that imposes regulations beyond its purview. He cited an ordinance adopted last year to rein in unplanned developments in rural parts of the county by conditioning receipt of a 911 address on applicants complying with county and state regulations, including notifying the Arkansas Department of Health when installing a septic tank.

"They needed to be addressed, but it was the responsibility of the state Health Department and (Department of Environmental Quality)," he said. "It shouldn't have been on the shoulders of the quorum court.

"I'm not going to vote on something that I think takes more rights away from citizens when it's the responsibility of some other governmental body to address. We're not supposed to be able to pass laws that exceed certain levels. There's already laws out there. I'm not sure there's not a law for everything. We're just not sure where to look."

Pritchett said he won't hesitate to buck consensus, explaining that too many legislative and budget items pass unanimously with little discussion or debate.

"They tend to vote on everything as almost unanimous if not unanimous," he said. "How are we ever going to improve things if we continue to do the same things over and over. I voted no to things before, and I'll vote no again. I don't think it's important for us to have a unanimous vote."

Dixon said the quorum court is a deliberative body.

"I don't feel it's a rubber stamp," she said. "I know that if there's anything someone feels a certain way about, or if they don't agree, it's made known and it's something we discuss. I don't think me, or we as a whole, are worried about trying to have a general consensus. I think we make decisions to the best of our ability for the community. We take everything into consideration of what's best for the community."