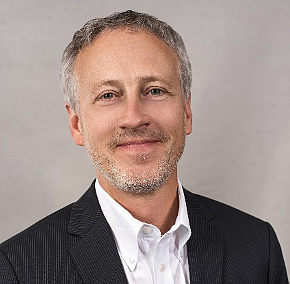 There is more content available today about the upcoming election than likely in any previous cycle. While we could fill this page with media sources that have some type of information about the election, most people find their election information on social media (like Facebook and YouTube), cable news networks, major broadcast television networks, talk radio, major public broadcast networks, local television, national newspapers, local newspapers or news websites. While we have a proliferation of media options, we also have more disinformation than ever, and we know that both the Russian and Chinese governments have even had a part in using social media to generate election-oriented content.

Unfortunately, the bad news doesn't end with content meddling. While there is more content than ever, Americans are increasingly polarized about which media sources they trust and those they don't. While it is obvious that Democrats lean toward MSNBC and Republicans lean toward Fox News for their cable news coverage, the polarization is made worse by thinking that analysis or commentary is the same as objective news. If you want to truly be informed, it is vitally important to recognize the difference between news and commentary. While those on the left may enjoy Rachel Maddow's show on MSNBC, it would be more appropriate to consider it as commentary, and not really a news source. And while Rush Limbaugh's ratings may be high among Republicans, his show is also more focused on commentary, and less about objective news reporting. Maddow and Limbaugh both have a large following, and many in their audience accept the analysis as news, which it isn't.

To make matters even more challenging, those who rely primarily on social media are clearly just less informed. According to the Pew Research Center, respondents to a survey conducted between October 2019 and June 2020 were asked 29 different fact-based questions, from economics to Donald Trump's impeachment to the COVID-19 outbreak and more. The average proportion who got each question right is lower among Americans who rely most on social media for political news, than for those who rely most on other types of news sources, except for local TV. Social media is certainly full of content, but using it as a primary source will leave the consumer less informed, or even misinformed.

So where do local newspapers fit in? Most local newspapers provide detailed election coverage, and almost always more than the other local media sources. If you are looking for information on state and local races, newspapers are almost always the only media source that covers the majority of the races. Many newspapers provide a deep look at the issues, and questions and answers with candidates are commonplace. If you look back at newspapers' historic coverage of elections, you will likely see that they are usually very careful to provide equal space for each candidate and to even be consistent in where they place the stories, refraining from placing one candidate's bio on page one and another's on page six. Separating them just isn't done.

Some newspapers will also "endorse" a candidate or issue. While you may not agree with the newspaper's position, they most likely published the endorsement on the opinion page, clearly separating it from news pages or sections. Newspapers keep the objective news articles separate from opinion, and work hard to provide clear labels so their readers understand the difference. Endorsements can help readers make up their minds, even if it means voting the opposite from the newspaper if the reader finds they don't agree with the newspaper's position. Newspapers want to provide their readers with the information needed to cast an informed vote. How many stories have you seen about voting information in the past few weeks?

As we approach what many believe to be one of the most important elections of recent years, seek out accurate information from a source you can trust. For me, the newspaper still gets my vote.

On behalf of its approximately 1,500 newspaper and associate member companies, America's Newspapers is committed to explaining, defending and advancing the vital role of newspapers in democracy and civil life. We put an emphasis on educating the public on all the ways newspapers contribute to building a community identity and the success of local businesses.

Dean Ridings is the CEO of America's Newspapers.