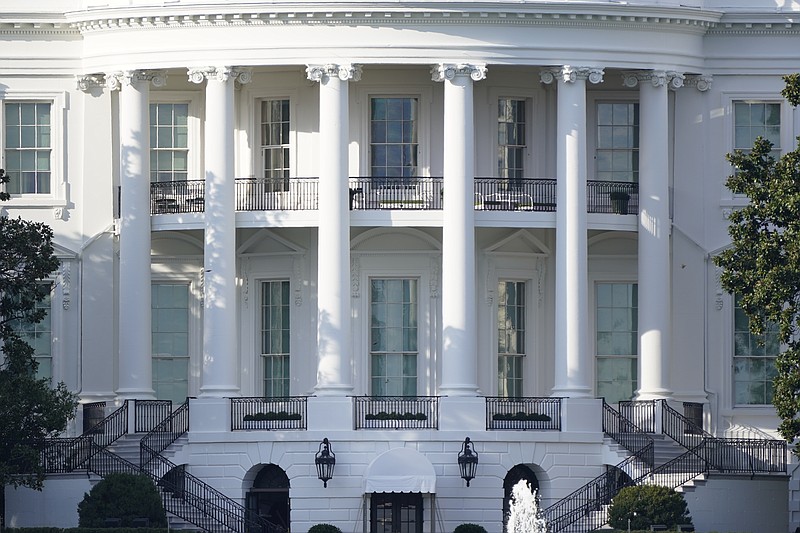 FILE - In this Oct. 5, 2020 file photo, the White House is shown Monday afternoon, Oct. 5, 2020, in Washington. President Donald Trump and Democratic rival Joe Biden’s campaigns are assembling armies of powerful lawyers as they prepare for the possibility that the race for the White House is decided not at the ballot box but in court. (AP Photo/J. Scott Applewhite)

WASHINGTON -- President Donald Trump's and Democratic rival Joe Biden's campaigns are assembling armies of powerful lawyers for the possibility that the race for the White House is decided not at the ballot box but in court.

They have been engaging in a lawyer's version of tabletop war games, churning out draft pleadings, briefs and memos to cover scenarios that read like the stuff of a law school hypothetical more than a real-life case in a democracy.

Attorneys for the Republicans and the Democrats are already clashing in courts across the U.S. over mailed-in ballot deadlines and other issues brought on by the coronavirus pandemic. And as Trump tries to sow doubt in the legitimacy of the Nov. 3 election, both sides have built massive legal operations readying for a bitterly disputed race that lands at the Supreme Court

"We've been preparing for this for well over a year," Republican National Committee Chief Counsel Justin Riemer told The Associated Press. "We've been working with the campaign on our strategy for recount preparation, for Election Day operations and our litigation strategy."

On the Democratic side, the Biden campaign's election protection program includes a special national litigation team involving hundreds of lawyers led by Walter Dellinger, acting solicitor general in the Clinton administration, and Donald Verrilli, a solicitor general under President Barack Obama, among others. Bob Bauer, a former White House counsel to Obama, and Biden campaign general counsel Dana Remus are focused on protecting the rights of voters, who have been enduring long lines at polling places around the country on the belief that the presidential election will be decided by their ballots.

Both sides are informed by the experience of the 2000 election, which was ultimately decided by the Supreme Court in Bush v. Gore. But this year, because Trump has pushed unsubstantiated claims about the potential for voter fraud with increased voting by mail, sowing doubt about the integrity of the result, lawyers are preparing for a return trip before the high court.

And, in an extraordinary twist, the president has pushed for his nominee to the Supreme Court, Judge Amy Coney Barrett, to be seated as soon as possible if she is confirmed as expected on Monday, saying it's important to have a ninth justice to decide any election disputes.

The race is already thought to be the most litigated in American history, with some 260 lawsuits arising from the coronavirus by one tally.

Behind the scenes, Trump and Republicans have been putting together a legal team that includes Jay Sekulow, one of the president's lead attorneys during the impeachment trial and the special counsel's Russia investigation and an experienced litigator before the Supreme Court. Republicans have hired dozens of attorneys and retained prominent national firms to challenge Democratic efforts to expand ballot access in key battleground states.

Thousands of volunteer lawyers are prepared to assist with Election Day operations and poll watching and other issues, Riemer said. A group called Lawyers for Trump, whose advisory board includes Texas Attorney General Ken Paxton and Trump attorney Rudy Giuliani, is recruiting retired lawyers and law students. Jones Day is among the prominent global law firms expected to play a role. Attorney Will Consovoy, who has represented Trump in such cases as his long-running fight to prevent a top New York prosecutor from getting his tax returns, is also likely to be a key player in any election legal fights.

Riemer said it's not as though the party is going to call up a random attorney on Election Day and say, "Hey, are you busy? Do you want to litigate a recount?"

That's close to what happened in 2000. Barry Richard, who represented Bush in the 2000 Florida recount, got a call the morning after the election asking if he could help and had to scramble to quickly pull a team together, he said.

"Things were much different then. We had no history of candidates lawyering up for presidential elections, so everything hit the fan the night of election night," Richard said.

Another team that's fighting voter access issues in courts across the country is headed by well-known election lawyer Marc Elias of the law firm Perkins Coie, who is prominent in Democratic circles and has become a bête noire of Republicans.

"When Democrats want to tilt elections in their favor outside the ballot box, who do they call? Marc Elias and Perkins Coie," an RNC website says.

Republicans accuse Elias and Democrats of trying to use the coronavirus pandemic to rig the election by doing away with safeguards against fraud.

Elias and his team at have filed lawsuits seeking to force states to extend mailed-in ballot collection deadlines and other things. In one case, the Supreme Court this week allowed Pennsylvania to count mailed-in ballots received up to three days after the Nov. 3 election, rejecting a Republican bid to block the extension.

Elias has long been the public face of Democratic legal contests, serving as general counsel to Hillary Clinton's campaign in 2016 and John Kerry's in 2004. He pushes regular updates about developments in his lawsuits to nearly 150,000 followers on Twitter, as well as guidance for voting and the occasional jibe at the president and his Republican counterparts.

"Being called a 'partisan hack' by a lawyer for Donald Trump is a badge of honor I will wear proudly for a lifetime," he wrote in a tweet this week.

But lawyers on both sides say they are preparing to be ready for much more than a fight on Twitter. 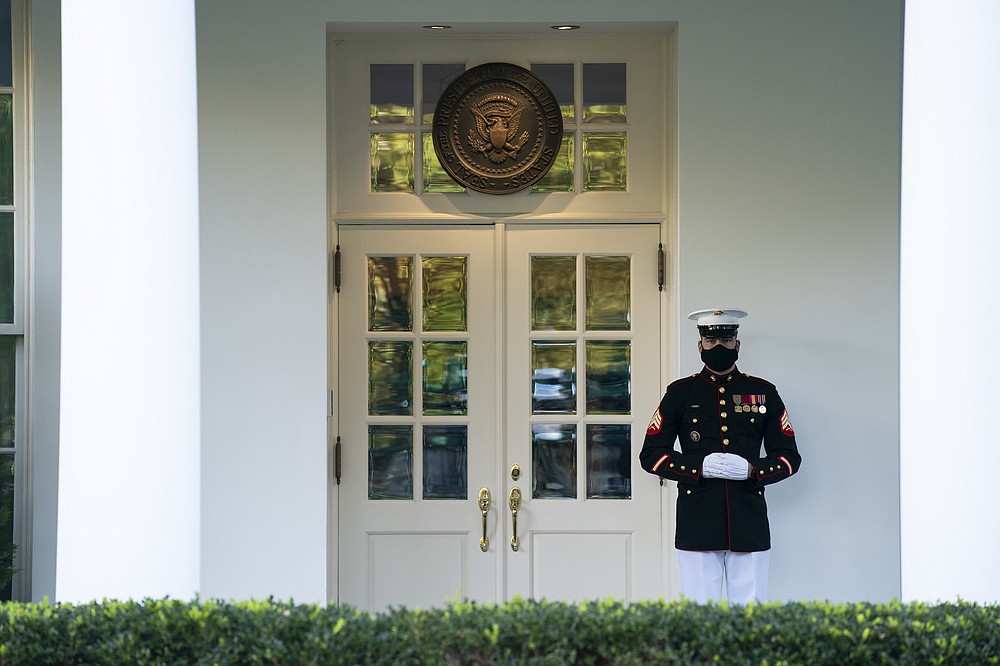 In this Oct. 8, 2020 photo, a Marine is posted outside the West Wing of the White House, signifying the President is in the Oval Office, in Washington. Courts nationwide have seen a flurry of litigation over the 2020 presidential election as both major parties jockey for every advantage. President Donald Trump and Democrat Joe Biden’s campaigns are assembling armies of powerful lawyers. (AP Photo/Evan Vucci)