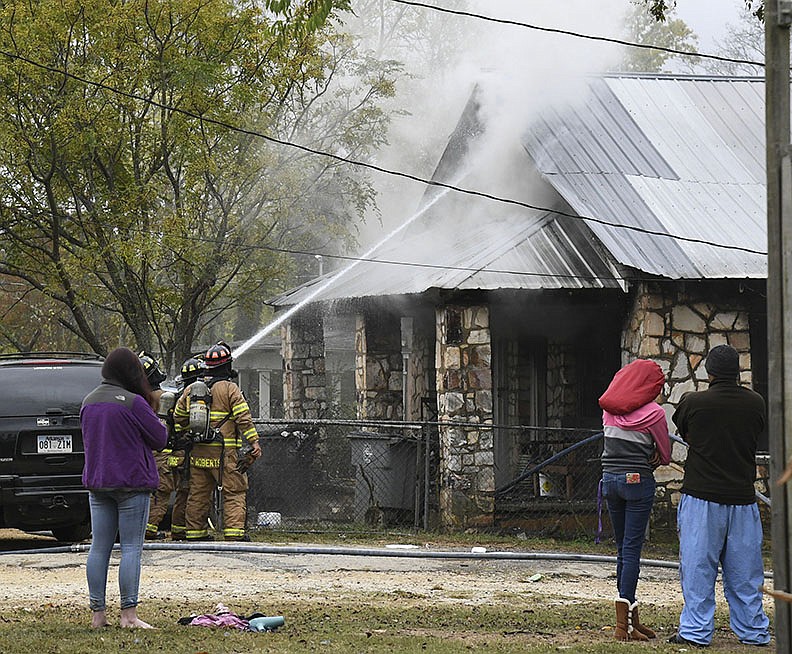 A resident, left, and neighbors look on as the Hot Springs Fire Department works to put out a fire in a duplex located at 608 School St. Sunday afternoon. - Photo By Grace Brown of The Sentinel-Record

The Hot Springs Fire Department responded to a fire in a duplex located at 608 School St. Sunday afternoon.

A witness at the scene said the fire started in what she believed to be a vacant unit.

Hot Springs police Cpl. Patrick Langley, the department's public information officer, confirmed there were no injuries during the fire but said several animals were killed.