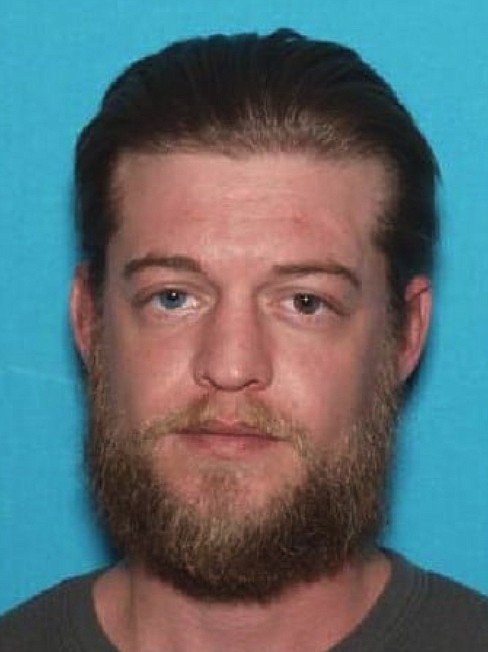 The Vernon County Sheriff's Office in Vernon County, Mo., has identified the victim in a homicide that has been linked to evidence found in Hot Springs earlier this week as Connie J. Goodwin, 63, the mother of the suspect, identified as Aaron Goodwin, 38.

A statement posted on the sheriff's department's website Friday morning says Aaron Goodwin is believed to be in the Hot Springs area.

Goodwin is wanted by the Missouri Highway Patrol for felony "abandonment of a corpse."

Evidence linked to the crime was located in a trash bag that had been placed in the back of a pickup truck in Hot Springs, according to city police.

The homicide occurred in the southwest portion of Vernon County.

Anyone with information regarding the location of Aaron Goodwin can contact the Vernon County Sheriff's Office communications center at 417-667-6042.

Hot Springs police on Thursday issued an alert for a man being sought by the Missouri Highway Patrol for "abandonment of a corpse" after evidence connected to a Missouri homicide was found in a trash bag left in the back of a pickup truck at a local Walmart on Wednesday.

Hot Springs police posted a "wanted" alert on its Facebook page Thursday afternoon for Aaron Goodwin, 38, who is being sought by the Missouri Highway Patrol for felony "abandonment of a corpse."

Hot Springs police later confirmed that Goodwin was wanted in connection with the discovery of the evidence in the truck. Earlier in the day, police issued a news release saying the bag contained evidence linked to a homicide in Missouri.

The Missouri State Highway Patrol has said the victim was a 63-year-old female found inside a residence in Deerfield, Mo.

Goodwin is described as white, 5 feet, 8 inches tall, weighing 140 pounds, with brown hair, a beard, one brown eye and one blue eye. He was last seen around 8:20 p.m. Tuesday in the 4800 block of Central Avenue wearing light-colored pants, a black sweatshirt, a black ball cap, and carrying a backpack, the post said.

Police cautioned the public not to approach him as he should be considered "armed and dangerous" and urged anyone who spots him or has information about his whereabouts to call the HSPD or 911.

Officers discovered "possible evidence in a trash bag" in the back of a pickup truck. The owner of the vehicle was interviewed, the release said, and investigators learned through video surveillance the trash bag was placed into the back of the truck at another location, a local hotel, Tuesday night by an unknown individual.

It was later discovered the evidence is believed to be connected to a homicide in Deerfield, Mo., the release said.

The release did not state the nature of the evidence found in the trash bag.

According to a news release issued Thursday by the Vernon County Sheriff's Office, deputies there responded to a report of a deceased person at a residence on Quail Road in the southwest area of Vernon County near the Kansas line Wednesday morning.

Vernon County Sheriff Jason Mosher said in the release his office requested assistance from the Missouri State Highway Patrol's Investigations Unit and the Bates County Sheriff's Office. Mobile command units were set up near the crime scene as the investigation was being conducted.

"Investigators do not believe there is any danger to residents in the Vernon County area at this time. The name of the victim has not yet been released out of respect for the family and to allow for proper notifications," Mosher said in the release.

A spokeswoman for the Vernon County Sheriff's Office told The Sentinel-Record Thursday afternoon that no other information was being released "at this time."