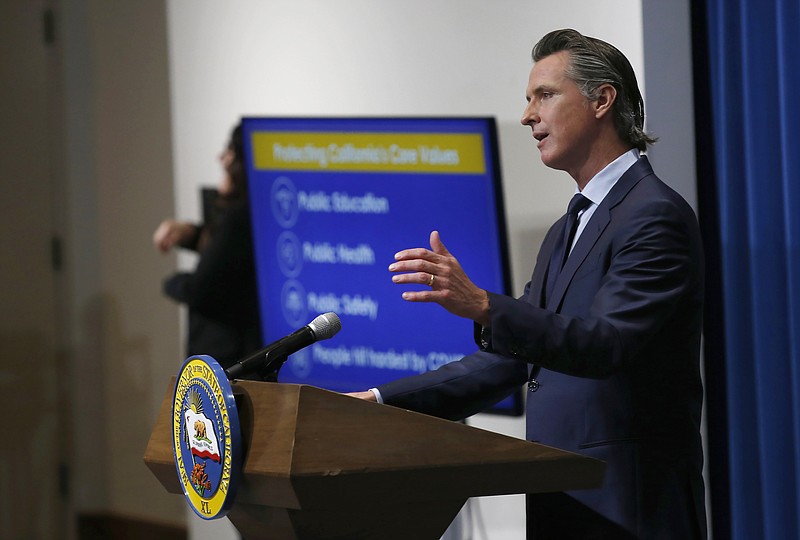 FILE - In this May 14, 2020, file photo, California Gov. Gavin Newsom discusses his revised 2020-2021 state budget during a news conference in Sacramento, Calif. Spending cuts are compounding for schools and state programs, reserve funds are dwindling, and some governors have begun proposing new taxes and fees to shore up state finances shaken by the coronavirus pandemic. With Congress deadlocked over a new coronavirus relief package, many states haven't had the luxury of waiting to see whether more federal money will come their way. (AP Photo/Rich Pedroncelli, Pool)

These are some actions states are considering to shore up their finances amid a sharp drop in tax revenue caused by the economic fallout from the COVID-19 pandemic.

With Congress deadlocked for months on a new coronavirus relief package, many states haven't had the luxury of waiting to see whether more money is on the way. Some that have delayed budget decisions are growing frustrated by the uncertainty.

As the U.S. Senate returns to session Tuesday, some governors and state lawmakers are again urging action on proposals that could provide hundreds of billions of additional dollars to states and local governments.

"There is a lot at stake in the next federal stimulus package and, if it's done wrong, I think it could be catastrophic for California," said Assemblyman Phil Ting, a Democrat from San Francisco and chairman of the Assembly Budget Committee.

The budget that Democratic Gov. Gavin Newsom signed in June includes $11.1 billion in automatic spending cuts and deferrals that will kick in Oct. 15, unless Congress sends the state $14 billion in additional aid. California's public schools, colleges, universities and state workers' salaries all stand to be hit.

In Michigan, schools are grappling with uncertainty as they begin classes because the state lacks a budget for the fiscal year that starts Oct. 1.

Ryan McLeod, superintendent of the Eastpointe school district near Detroit, said it is trying to reopen with in-person instruction, "but the costs are tremendous" to provide a safe environment for students.

"The only answer, really, is to have federal assistance," McLeod said.

Congress approved $150 billion for states and local governments in March. That money was targeted to cover coronavirus-related costs, not to offset declining revenue resulting from the recession.

In mid-May, the Democratic-led U.S. House voted to provide nearly $1 trillion of additional aid to states and local governments as part of a broad relief bill. But the legislation has stalled amid disagreements among President Donald Trump's administration, Republican Senate leaders and Democrats over the size, scope and necessity of another relief package. In general, Republicans want a smaller, less costly version.

The prospects for a pre-election COVID-19 relief measure appear to be dimming, with aid to states and local governments one of the key areas of conflict.

The bipartisan National Governors Association and Moody's Analytics have cited a need for about $500 billion in additional aid to states and local governments to avoid major damage to the economy. At least three-quarters of states have lowered their 2021 revenue projections, according to the National Conference of State Legislatures.

While Congress has been at loggerheads, many states have pressed forward with budget cuts.

Wyoming Gov. Mark Gordon, a Republican, recently announced $250 million of "agonizing" cuts that he described as "just the tip of the iceberg" in addressing a $1 billion budget shortfall caused by the coronavirus and declining revenue from coal and other natural resources. The cuts will reduce funding for childhood vaccinations and eliminate a program to help adults learn new job skills, among other things.

"It is not likely that these trends are going to turn around rapidly or as significantly as we would like," Gordon said.

In August, Rhode Island Management and Budget Director Jonathan Womer sent a memo to state agencies instructing them to plan for a 15% cut in the fiscal year that starts next July.

In some states, however, the financial outlook is not as dire as some had feared earlier this year.

Previous federal legislation pumped money into the economy through business subsidies, larger unemployment benefits and $1,200 direct payments to individuals. The resulting consumer spending led to a rebound in sales tax revenue in some states. Many states also delayed their individual income tax deadlines from April to July, which led to a larger than usual influx of summer revenue from taxpayers' 2019 earnings.

In Vermont, where lawmakers are expected to work on a budget next week, a deficit that some had feared could reach $400 million now is pegged around $55 million. A predicted $518 million shortfall in Arizona for the current fiscal year has been revised to just $62 million.

Local governments in New Mexico said revenue has been propped up by surprisingly strong sales taxes. But "that sugar high from the federal stimulus will fall off, and our communities will be affected," said A.J. Forte, executive director of the New Mexico Municipal League.

State tax revenue often lags economic trends because individuals' income losses aren't reflected on tax returns until months later. As a result, experts warn that states might experience the lagging effects of the recession well into their 2021 and 2022 budget years.

"The worst is still yet to come," said Brian Sigritz, director of state fiscal studies at the National Association of State Budget Officers.

The 2021 fiscal year began July 1 in most states. But seven states have yet to enact a full-year budget, in some cases because they have been waiting for congressional action on another relief bill.

One such state is New Jersey, which shifted the start of its budget year from July to October because of the coronavirus pandemic. Democratic Gov. Phil Murphy recently proposed a budget that would slash about $1 billion in spending, take on $4 billion in debt and raise taxes on millionaires, businesses, yachts, cigarettes and health insurance plans.

Murphy has said the initial federal aid didn't provide enough "to deal with the variety of tsunamis that we're facing."

In New York, Democratic Gov. Andrew Cuomo's administration estimates the state will receive about $8 billion less in tax revenue than once expected this fiscal year. Cuomo, who recently became chairman of the National Governors Association, wants Congress to provide an additional $30 billion to New York to plug budget holes that he warns will compound in coming years.

"There is no combination of savings, efficiencies, tax increases that could ever come near covering the deficit," Cuomo said, "and we need the federal government to assist in doing that. Period." 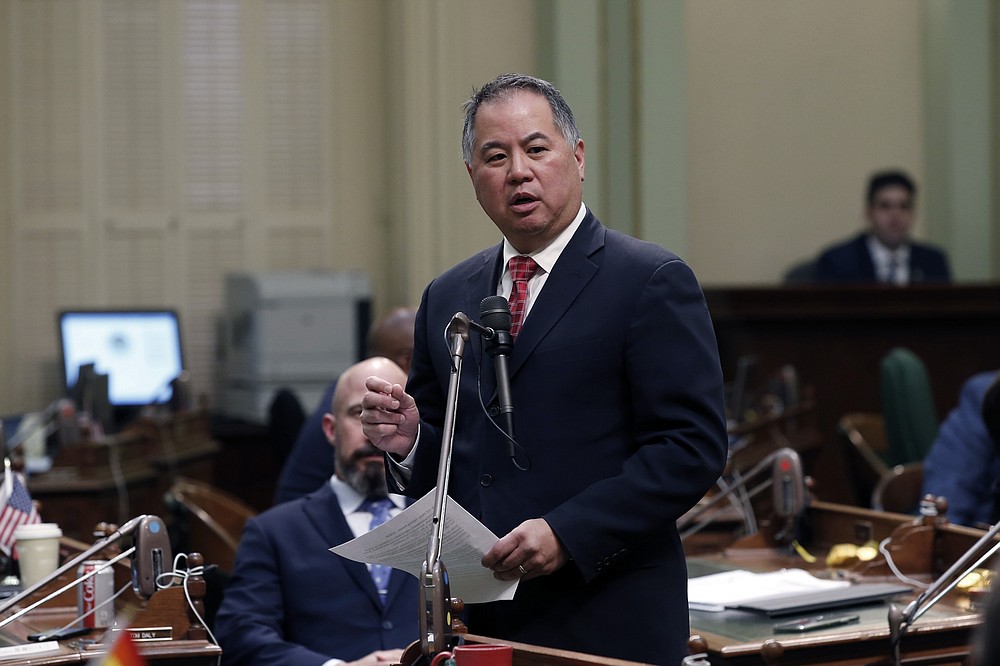 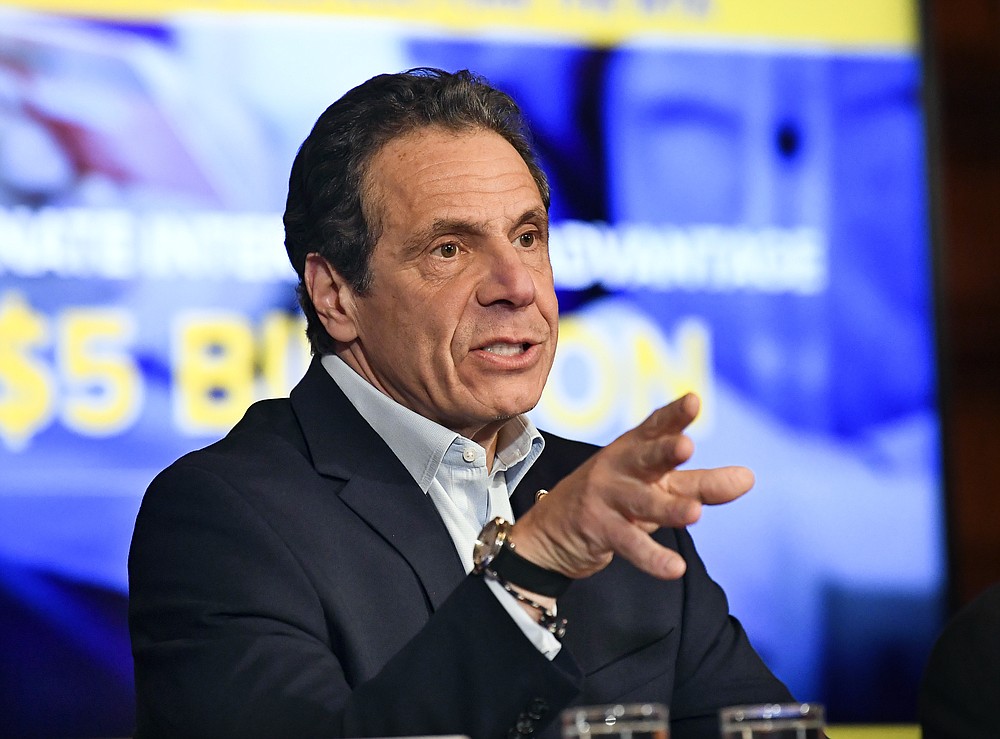 FILE - In this March 31, 2020 file photo, New York Gov. Andrew Cuomo speaks about the $175.5 billion state budget during a news conference in the Red Room at the state Capitol in Albany, N.Y. Spending cuts are compounding for schools and state programs, reserve funds are dwindling, and some governors have begun proposing new taxes and fees to shore up state finances shaken by the coronavirus pandemic. With Congress deadlocked over a new coronavirus relief package, many states haven't had the luxury of waiting to see whether more federal money will come their way. (AP Photo/Hans Pennink, File) 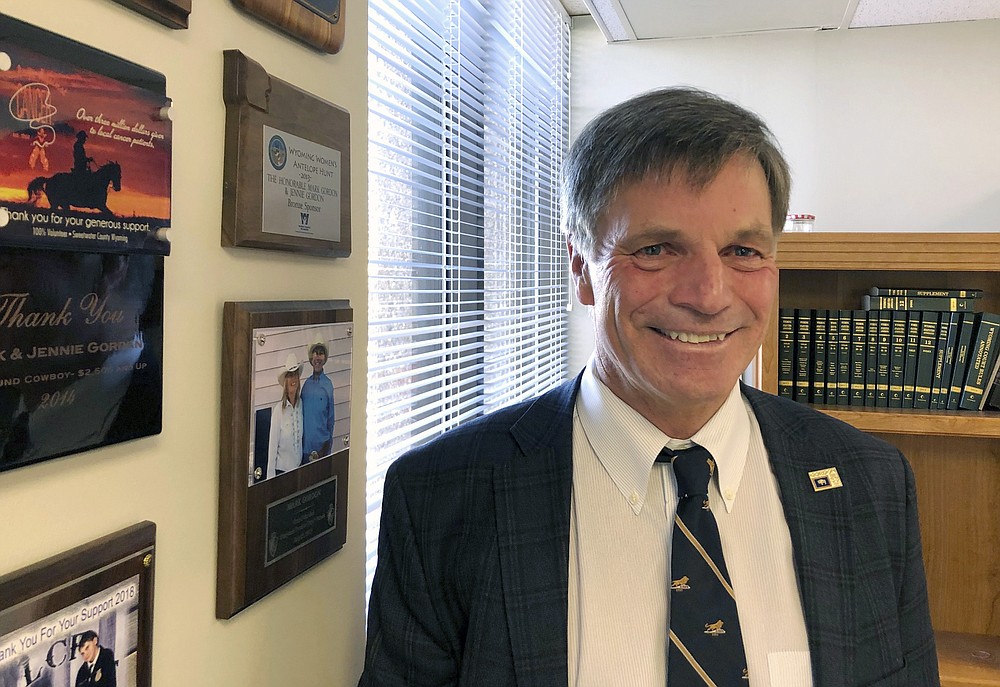