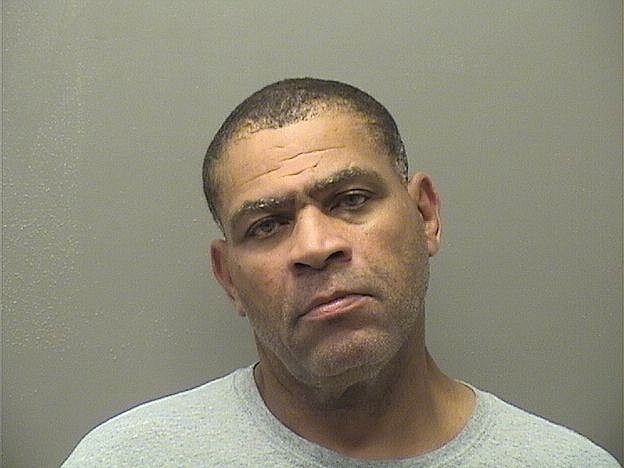 The alleged shooter in Saturday's club shooting has been identified as Tony Collins, 45, who is also a felon.

Police said Collins is being sought on felony warrants for first-degree battery and possession of a firearm by certain persons. He is described as Black, 5 feet, 8 inches, 175 pounds, with black hair and brown eyes. Anyone who knows where Collins is should not approach him but call 911 or the HSPD immediately, police said in a news release.

Anyone with any information about the case should contact the lead investigator, Detective Mark Fallis at 501-321-6789 Ext. 6720, the release said.

An alleged accomplice in a shooting early Saturday at a small private club that left a local man in serious condition was arrested Sunday morning while the alleged shooter, who Hot Springs police have reportedly identified, was still being sought on Monday.

Scottie Lane White, 54, of 200 Rector St., who is a felon, was taken into custody at his residence around 11:45 a.m. Sunday and charged with felony counts of criminal accomplice to first-degree battery and possession of a firearm by certain persons, each punishable by up to 20 years in prison.

White, who was also arrested on an unrelated warrant for misdemeanor third-degree domestic battery, punishable by up to one year in jail, was being held on a $150,000 bond and was set to appear Monday in Garland County District Court.

Police said officers responded to 1374 E. Grand Ave., a small private club, about a shooting at around 12:20 a.m. Saturday.

Officers found Robert Johnson Jr., age not listed, inside the club suffering from multiple gunshot wounds to his mid- and lower torso. He was transported by LifeNet to CHI St. Vincent Hot Springs where he underwent emergency surgery and is currently listed in serious condition, police said.