NASHVILLE, Tenn. -- At the Academy of Country Music Awards on Wednesday, there won't be fake fans, canned applause or pre-taped acceptance speeches. After a five-month delay due to the coronavirus pandemic, the awards show wants to bring the live television experience back again.

The 55th annual ACM Awards, normally held in April in Las Vegas, were delayed this year and moved to Nashville, Tennessee, for the first time. But while other music award shows have tried a hybrid of virtual stages, music video-style performances or at-home shows, the ACMs will be broadcast on CBS from three indoor stages in Nashville, Tennessee.

"We've tried to maintain, for lack of a better word, the normalcy of what we do at the ACM Awards, which is presentations of lot of live performances on stages," said R.A. Clark, who is in his 21st year as executive producer of the show.

The performances, some of which are pre-taped, span three historically important stages in country music history, but none will be open for fans. The smallest, the Bluebird Cafe, accommodated only about 90 people pre-pandemic and the venue helped to start the careers of Garth Brooks and Taylor Swift, among many others. Miranda Lambert will sing the aptly titled "Bluebird" from the small stage, with other performances from Tim McGraw, Jimmie Allen and Luke Combs. The Ryman Auditorium, an early landmark for gospel and bluegrass as well as country, will feature performances by Maren Morris, Thomas Rhett with Jon Pardi and Kelsea Ballerini.

Even Taylor Swift is making her return to the ACMs after seven years with a performance from her new album "Folklore," which has spent six weeks at No. 1 on the Billboard 200 Albums chart. Swift will perform at the Grand Ole Opry House, the center of operations for the live broadcast where host Keith Urban and presenters will give out the awards. Clark said that's what is setting this pandemic awards show apart from others.

"Hearing the winners and having live acceptance speeches is essential," said Clark.

A whole new department focusing on COVID-19 precautions and regulations has been added by dick clark productions. Whether they're a guitar tech, a grip, an artist or a producer, everyone who enters any of their venues has to take a COVID-19 test, wear a mask and get their temperature checked, said Clark.

But going from a large arena in Las Vegas to three smaller stages has actually given them more flexibility in the pandemic.

"When we're at MGM (Grand Arena) or in one venue, there's so many people crawling all over each other from staff to crew to talent, dressing rooms, all that," said Clark. "Part of the benefit of being in three different venues is everybody is spread out and there's less population density, which helps with our protocols."

Damon Whiteside, CEO of the ACM, said they have rethought a lot of what they normally do for an awards show, down to setting up a virtual press junket for artists and media ahead of Wednesday's show. But he also thinks that fans will appreciate the realism that the show is trying to achieve with its performances.

"When you see an artist on stage and they're in an empty Ryman Auditorium, and you're going to see the empty church pews, it's going to be really powerful," said Whiteside. "That for us is more important than having cardboard cut outs or fake applause or things like that."

Urban, who is the reigning ACM entertainer of the year, will take over show hosting duties this year for the first time and has his work cut out for him. But he's thankful he's getting the opportunity at all.

"I'm so glad that they are doing it," said Urban. "Because I felt for a moment, like are we just going to have to pass on this year? That would be heartbreaking."

But he joked about how the doling out of awards will look much different this year.

"I don't know if it's gonna look like an NFL Draft night when we hand out the awards," Urban said laughing. "I keep seeing that in my head, like they'll be over at Miranda Lambert's house or Eric Church's or someone's and they'll be there going 'Woo-hoo!' with their family in the background." 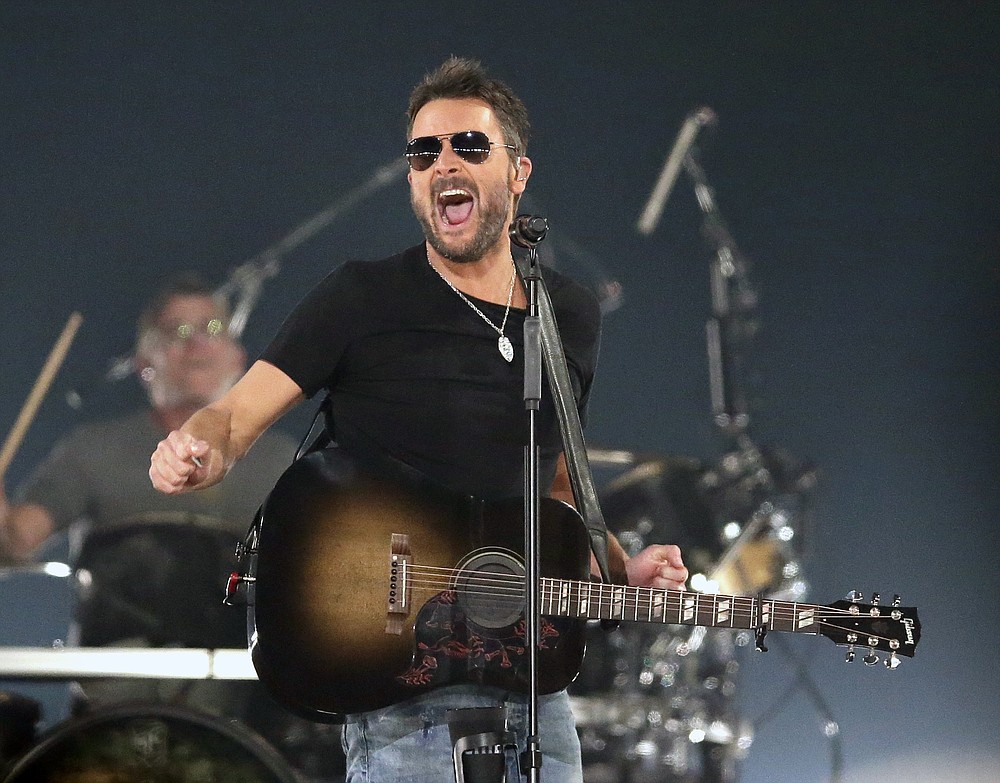