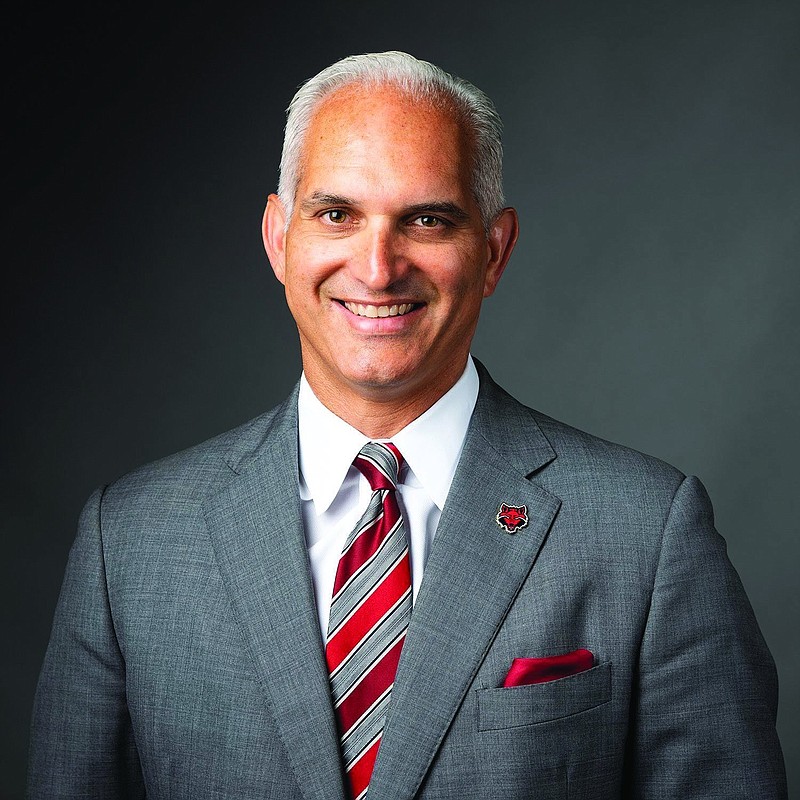 But after a few ASU players showed symptoms of COVID-19 early Tuesday morning, Mohajir had no choice, pushing the game back to Oct. 10 due to "being unable to assemble a full two-deep depth chart at a specific position group due to player unavailability."

"I'm disappointed for the student athletes, the coaches, the fanbases from both schools," Mohajir said. "We would have been able to play the game if it wasn't concentrated into one position group. We would have found a way to play. It wasn't that much different from what we had last week. The difference is the position group concentration."

The decision to postpone Saturday's game comes after Arkansas State had 15 players -- including nine starters -- from its depth chart absent for the Kansas State game.

Head coach Blake Anderson said Saturday after the game that multiple players who weren't expected to travel to Manhattan, Kan., ended up getting on the bus Friday because so many players were unavailable.

The amount of players absent from the Kansas State game led some to believe that it might have been connected to Memphis' outbreak, which included 20 positive tests following their game with Arkansas State on Sept. 5, according to the Memphis Commercial Appeal. Following the report, Memphis senior defensive lineman O'Bryan Goodson tweeted that "Arkansas State needs to be the ones tested! We've been doing what we're supposed to do, all this came after we played them!"

The tweet has since been deleted and Memphis has released a statement saying "that the majority of cases have been primarily linked to social events outside of official football activities." Mohajir offered no comment regarding Goodson's tweet.

Mohajir, though, did reiterate that the reasoning behind postponing the UCA game wasn't the number of positive cases, but because one position group was hit hard with symptoms, leading to contact tracing which would leave even more players out. He did not specify which position group it is or how many players would have potentially been out.

"The volume of players that were out this game was not what concerned us," Mohajir said. "We still have people out from last week that tested positive who will be out for this week. And in one particular position group we had to finagle some things last week to play one position group. And either contact tracing or symptomatic or test positives that's what led to this decision.

Mohajir called UCA athletic director Brad Teague soon after finding out the game might be in jeopardy and let Teague know around noon the Red Wolves wouldn't be able to play.

"I get it. I mean, it's where we are," Teague said. "He told me it wasn't about the numbers, it was just a position and he didn't tell me what position. I take him at his word, and I understand. That's kind of the threshold: can you field every position?"

The decision to move the game to Oct. 10 was the only option for the two programs, as that's Arkansas State's lone open date left. UCA was scheduled to play at Eastern Kentucky that day, but has now moved that game to Oct. 24.

Teague, who has been aggressive in scheduling games this fall, said he received a call from Army no more than 15 minutes after the ASU news broke asking if the Bears wanted to play at West Point this weekend. Teague turned down the offer saying it was "too much too fast too far."

While Teague is disappointed Saturday's game has been postponed, he knows that's the reality of college football this season.

"It would have been more frustrating if we wouldn't have been able to find another mutual date to play again just three weeks away. It is what it is," Teague said. "There have been postponements all over the country that I've seen. ... It happens. I wasn't just shocked. It's OK. The problem now is, if this keeps happening further down the schedule, there aren't mutual dates where you can just postpone dates they're going to be canceled. I'm hoping that doesn't happen."

Arkansas State and UCA aren't the first schools to postpone a football game -- Virginia, Virginia Tech, Baylor, Oklahoma State and Tulsa, among others, have all done the same. And they likely won't be the least, either.

Mohajir and Teague both say it's something everyone has to accept, no matter how upsetting it might be.

"The virus is frustrating," Mohajir said. "What else can I say?"