Smith receives lifetime achievement award from Marquis Who's Who 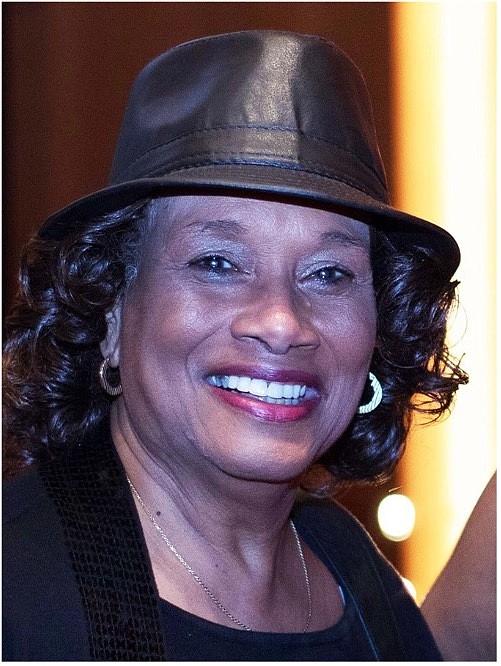 Marquis Who's Who has presented Jamesetta Delorise Smith with the Albert Nelson Marquis Lifetime Achievement Award, according to a news release.

"An accomplished listee, Ms. Smith celebrates many years' experience in her professional network, and has been noted for achievements, leadership qualities, and the credentials and successes she has accrued in her field. As in all Marquis Who's Who biographical volumes, individuals profiled are selected based on current reference value. Factors such as position, noteworthy accomplishments, visibility, and prominence in a field are all considered during the selection process," the release said.

Smith, who retired from her nearly 17-year career as a bookkeeper and office manager for Jones Electric in Gary, Ind., in 1985, due to a lupus diagnosis, eventually shifted her attention to the nonprofit sector. Establishing the Lupus Foundation of Arkansas Inc. in Hot Springs in 1993 as its co-founder, the organization has "grown exponentially over the years with the assistance and dedication of her wonderful volunteers. Working tirelessly to raise awareness of this very complex and unforgiving disease while also providing education advocacy and support to lupus patients statewide, the goal of the Lupus Foundation of Arkansas is to find new and better ways of treatment and, ultimately, a cure."

When she began showing symptoms of lupus, Smith's doctors "were not quick to diagnose her due to the lack of proper testing at the time. However, with all of the advances in medicine, people are being treated faster and gaining more support than ever before. Ms. Smith is a firm believer that there is life after the diagnosis of lupus, and she wants to help others as much as possible through the Lupus Foundation of Arkansas," the release said.

Smith authored the book "How Strong is Strong," through Carlton Press, in 1987. She has also "contributed her wealth of knowledge to articles published in various professional publications and newspapers. Ms. Smith notably studied business administration through the Oxford Pershing Square Graduate Program at the University of Chicago from 1961 to 1962," the release said.

Involved with various other civic and nonprofit organizations, Smith and the Lupus Foundation of Arkansas are among approximately 30 consortium partners of the Minority Health Commission Consortium throughout the state. The Minority Health Commission Consortium's goals include effecting change on public policy regarding health and community policy. Noted as a former treasurer and member of the board of directors of the Northwest Independent Lupus Foundation, she is equally active as a parishioner of the Greater Saint Paul Baptist Church, having held roles including pastor's aide, the secretary of the church food committee, and a church trustee. Smith remains involved as a Bible enrichment instructor since 1996 and a hostess and announcing clerk since 1997.

Smith was recognized as the Volunteer of the Year by the Arkansas chapter of the Lupus Foundation in 1995, which presented her with several Growth Awards between 1995 and 2003. She was also recognized with a Legacy Award Pin from the American Association of Retired Persons in 1998 and a National Fleur-De-Lis Award for Outstanding Service in 2001.

"Among other accolades, Ms. Smith was lauded among the 18 Most Influential Leaders as a Gold Standard Honoree by The Sentinel-Record in Hot Springs. The newspaper notably recognizes members of the community that have made a positive impact on the lives of others throughout the community. A celebrated Marquis listee, Ms. Smith has been featured in over 20 editions of Who's Who in America, Who's Who in the South and Southwest, Who's Who in the World, Who's Who of American Women and Who's Who in the Media and Communication," the release said.