President advances deadline for adults to get vaccinated 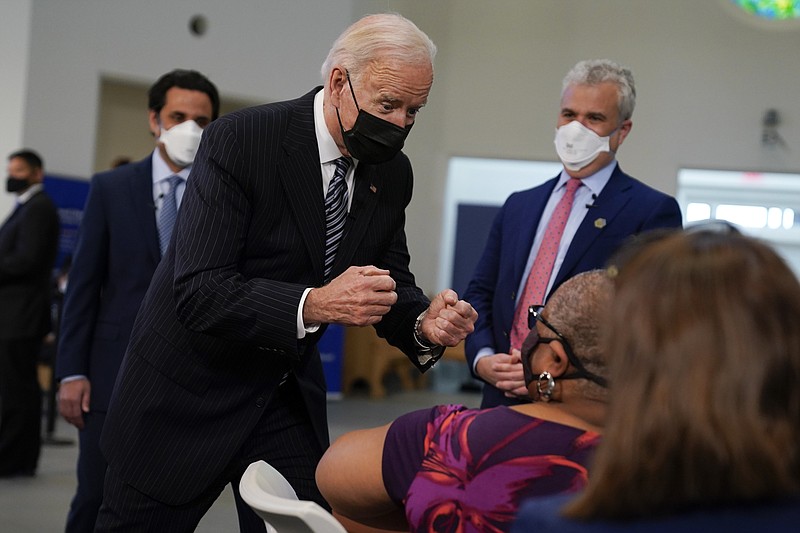 WASHINGTON -- President Joe Biden announced Tuesday that he's bumping up his deadline by two weeks for states to make all adults in the U.S. eligible for coronavirus vaccines. But even as he expressed optimism about the pace of vaccinations, he warned Americans that the nation is not yet out of the woods when it comes to the pandemic.

"Let me be deadly earnest with you: We aren't at the finish line. We still have a lot of work to do. We're still in a life and death race against this virus," Biden said in remarks at the White House.

The president warned that " new variants of the virus are spreading and they're moving quickly. Cases are going back up, hospitalizations are no longer declining." He added that "the pandemic remains dangerous," and encouraged Americans to continue to wash their hands, socially distance and wear masks.

Biden added that while his administration is on schedule to meet his new goal of distributing 200 million doses of the vaccine during his first 100 days, it will still take time for enough Americans to get vaccinated to slow the spread of the virus.

But he expressed hope that his Tuesday announcement, that every adult will be eligible by April 19 to sign up and get in a virtual line to be vaccinated, will help expand access and distribution of the vaccine. Some states already had begun moving up their deadlines from the original May 1 goal.

Biden made the announcement after visiting a COVID-19 vaccination site at Immanuel Chapel at Virginia Theological Seminary in Alexandria. During his visit, he thanked everyone for administering the shots and for showing up to receive them.

"That's the way to beat this," Biden said. "Get the vaccination when you can."

The president also said no one should fear mutations of the coronavirus that are showing up in the U.S. after being discovered in other countries. He acknowledged that the new strains are more virulent and more dangerous, but said "the vaccines work on all of them."

Biden also announced that 150 million doses of COVID-19 vaccine have been shot into arms since his inauguration on Jan. 20. That puts the president well on track to meet his new goal of 200 million shots administered by his 100th day in office on April 30.

Biden's original goal had been 100 million shots by the end of his first 100 days, but that number was reached in March.

Still, he acknowledged Tuesday that his administration fell short of its goal to deliver at least one shot to every teacher, school staff member and childcare worker during the month of March, to try to accelerate school reopenings. Biden announced the target early last month and directed federal resources toward achieving it, but said Tuesday that the Centers for Disease Control and Prevention estimated that about 80% of teachers, school staff and childcare workers had received a shot.

Vice President Kamala Harris and her husband, Doug Emhoff, also spent the day Tuesday focused on promoting the COVID-19 vaccine, each touring a vaccination center, Harris in Chicago and Emhoff in Yakima, Washington.

Harris praised the workers and those receiving their vaccine at a site set up at a local union hall, and spoke of spring as "a moment where we feel a sense of renewal."

"We can see a light at the end of the tunnel," she said.

Some states are making plans to ease their health restrictions, even as the country is facing a potential new surge in virus cases.

On Tuesday, Dr. Anthony Fauci, the nation's top infectious disease expert, warned that the country is in a "critical time" because "we could just as easily swing up into a surge."

"That would be a setback for public health, but that would be a psychological setback, too," he said during an interview with the National Press Club. He noted that Americans are experiencing "COVID-19 fatigue" after more than a year of lockdowns and restrictions to public life aimed at slowing the spread of the virus.

Biden and many of his advisers have warned against reopening the economy too quickly and easing mask mandates, at the risk of driving a fresh surge in virus cases.

"We just don't want to have to go back to really shutting things down. That would be terrible," Fauci said.

But Biden's announcement of the April 19 deadline was aimed at injecting optimism into a public that's grown weary of the restrictions, and it comes as a flood of vaccine is being sent to states this week.

That allocation brings the total amount of vaccine distributed over the past three weeks to more than 90 million doses, Psaki said.

At least a dozen states opened eligibility to anyone 16 and older on Monday alone, while New Jersey and Oregon announced this week that all residents 16 and older will become eligible on April 19.

The president had announced just last week that 90% of adults would be eligible for one of three approved COVID-19 vaccines by April 19, in addition to having a vaccination site within 5 miles of their home.

But eligibility isn't the same as actually being vaccinated. Being eligible means people can sign up to reserve their place in a virtual line until they can schedule an appointment.

"That doesn't mean they will get it that day," Psaki said, speaking of a vaccine shot. "It means they can join the line that day if they have not already done that beforehand."

Seniors still waiting to be vaccinated should seek appointments quickly "because the lines are going to become longer" after April 19, Psaki said. "There are going to be more people waiting." 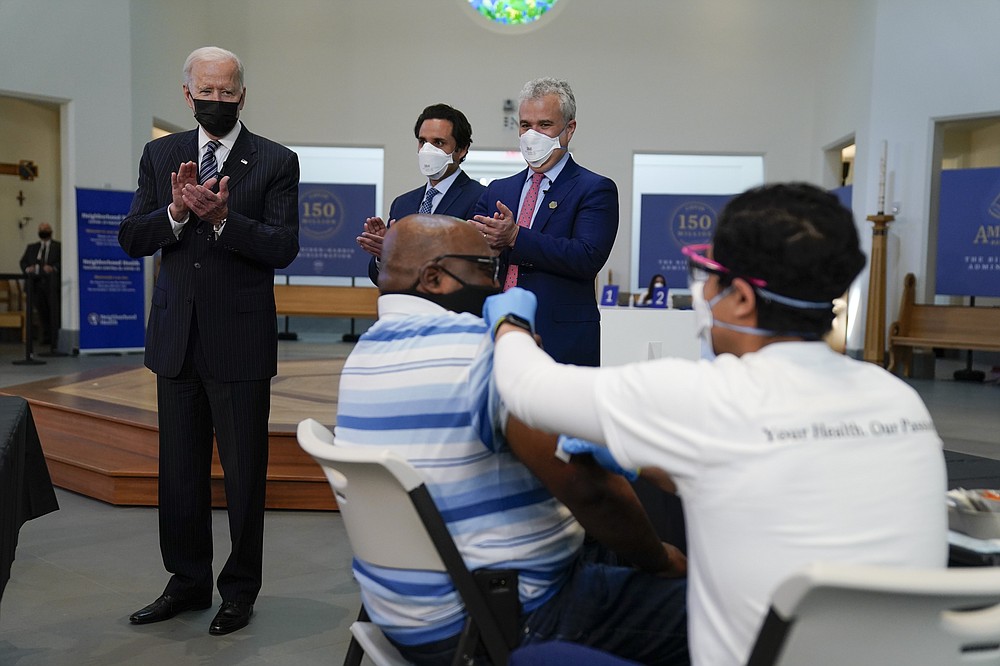 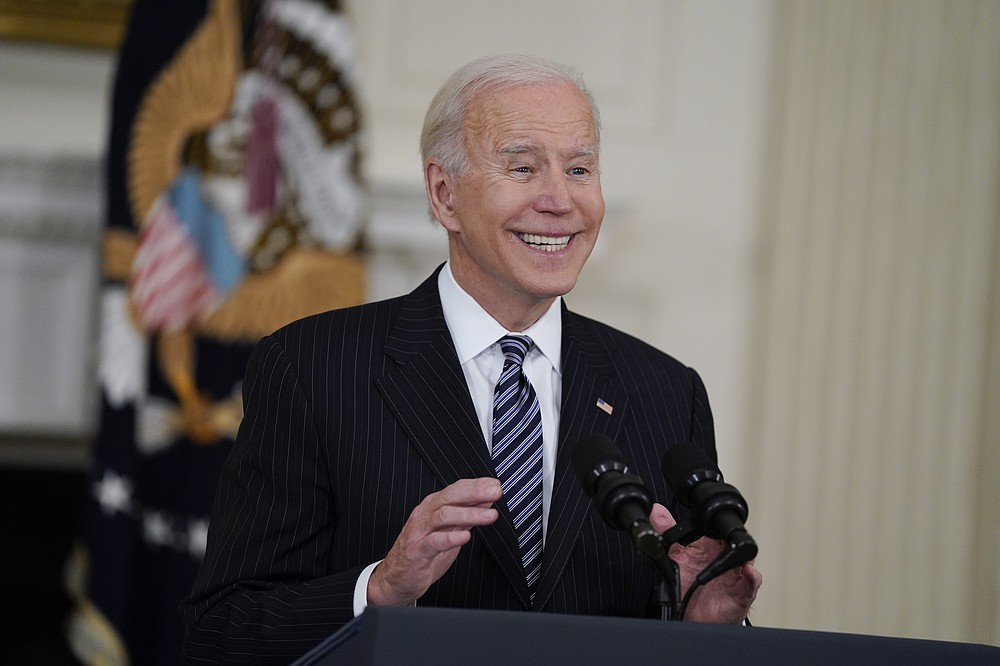 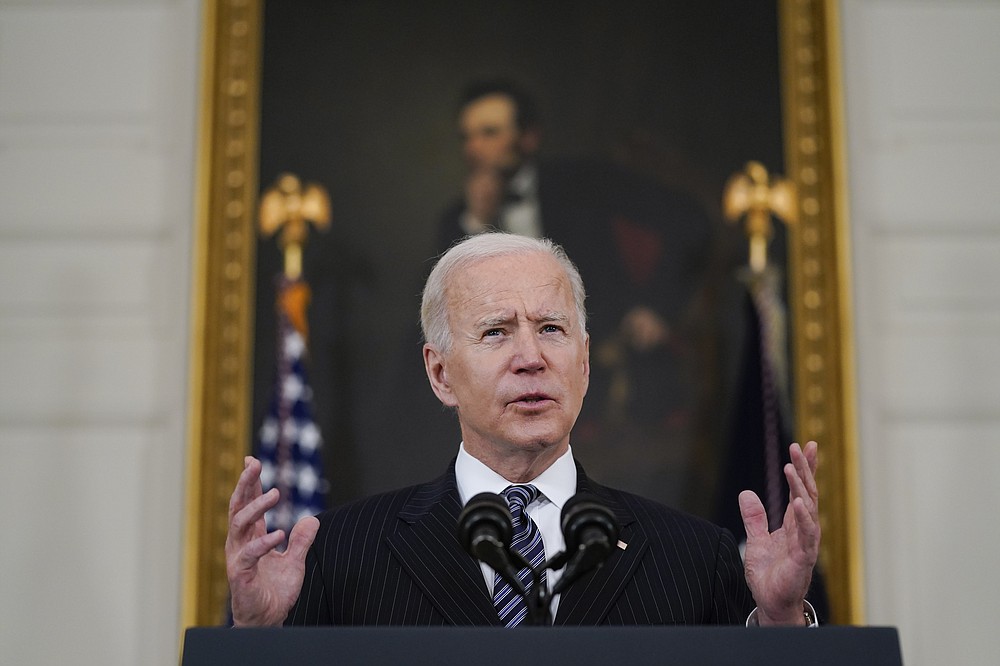 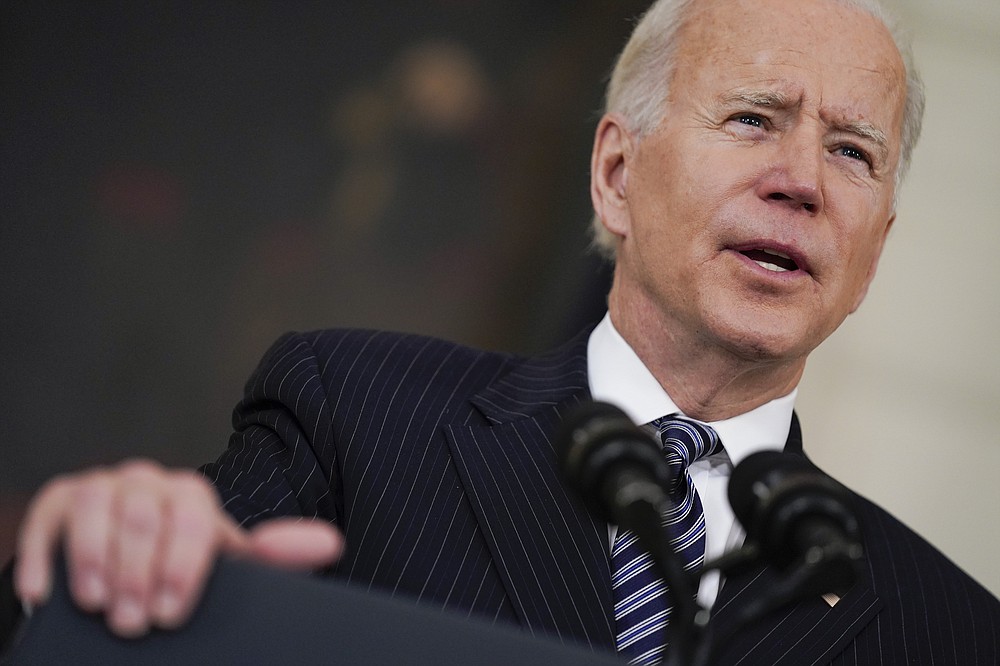 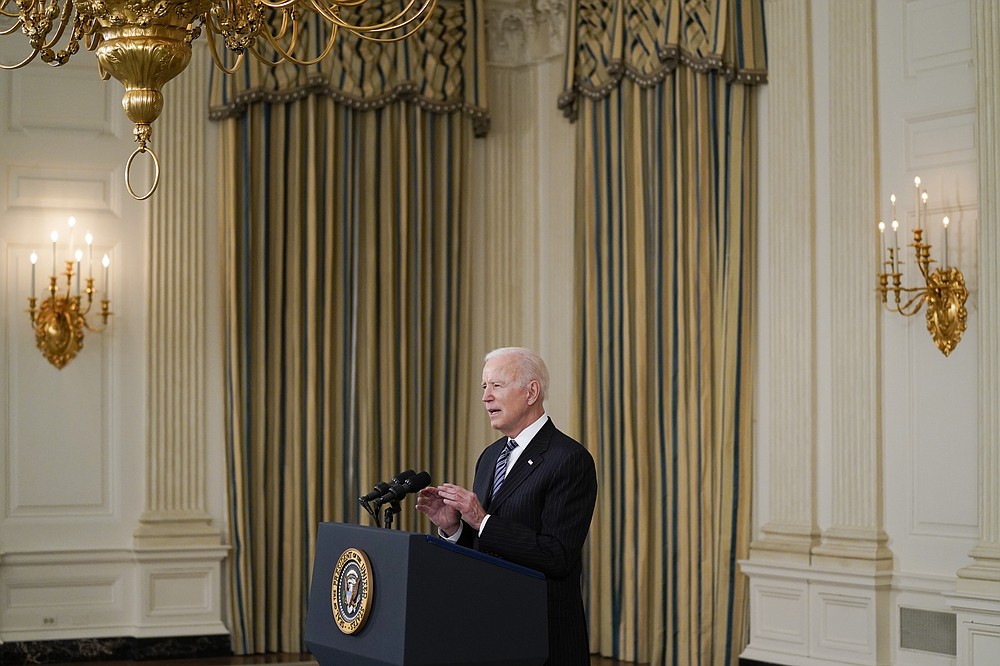 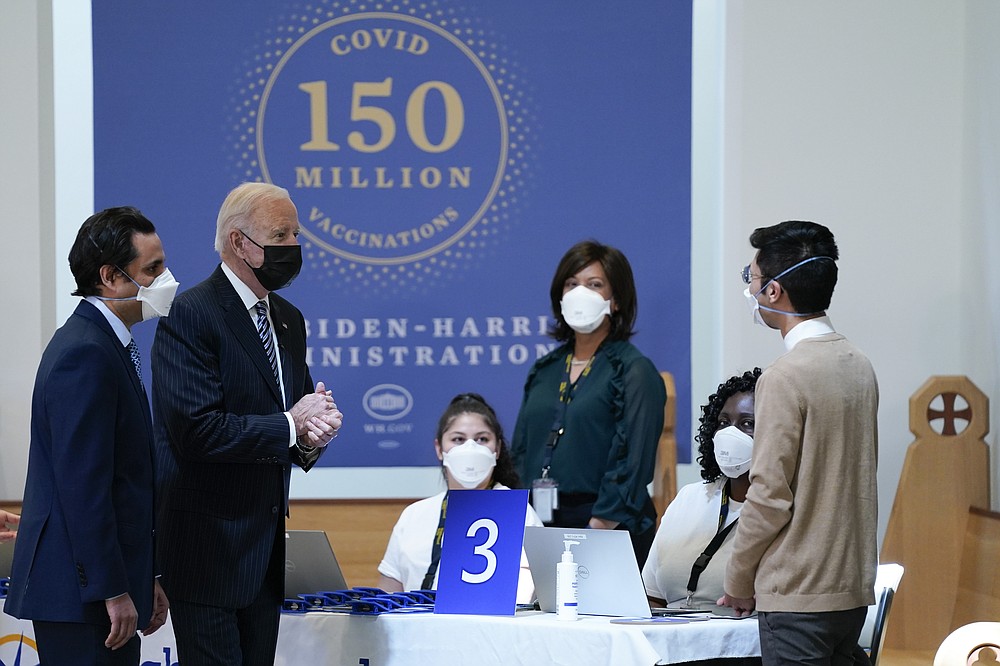