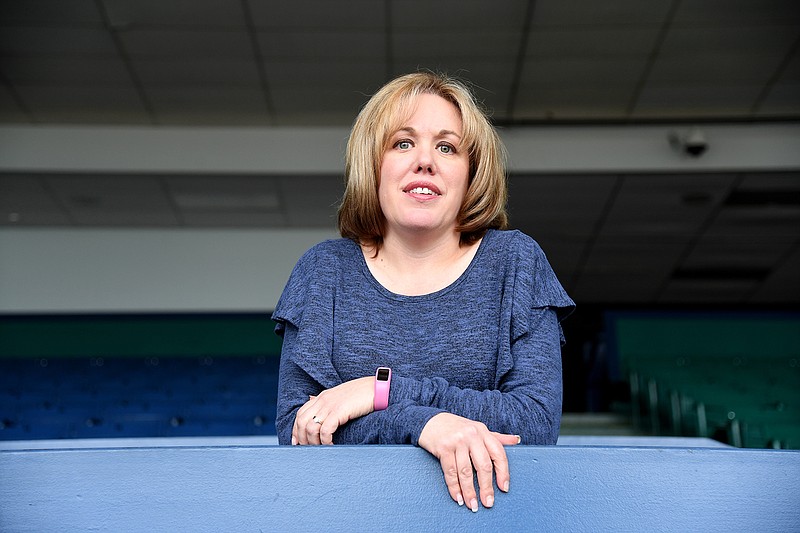 Oaklawn's Jennifer Hoyt stands in the grandstands at Oaklawn Racing Casino Resort on Feb. 21, 2018. Hoyt was named the Director of Racing at Oaklawn Wednesday. - The Sentinel-Record file photo

Oaklawn announced Wednesday the promotion of Jennifer Hoyt to Director of Racing.

Hoyt, who has served as the racetrack's Media Relations Manager for the last 10 years, will work closely with Vice President of Racing Jason Milligan and will be responsible for the promotion, planning and success of Oaklawn's live racing.

"Jennifer's passion for horse racing is second to none," Milligan said in a news release. "She has numerous contacts with horsemen and owners within the industry and I am excited for her and the future of Oaklawn."

"I couldn't have written up a more perfect role for myself," Hoyt said. "This really is my dream job. I'm excited to be even more involved with the racing program, while also continuing to promote Oaklawn's races to fans across the country."

With nearly 25 years of experience in the Thouroughbred industry, Hoyt has held positions at Churchill Downs, Turfway Park, Gulfstream Park, Arlington Park and Lone Star Park. A longtime member of the Kentucky Derby and Breeders' Cup nots teams, she has also been part of the notes team for the Dubai World Cup twice.

Hoyt is an avid supporter of Thoroughbred Aftercare, and she has been working closeley with the Arkansas Horsemen's Benevolent & Protective Association on a new program. She will also continue to oversee Media Relations during live meets.