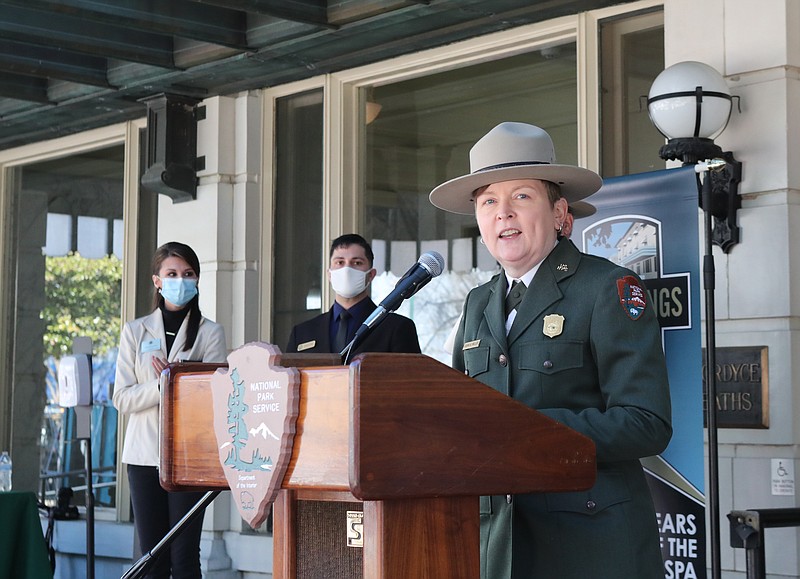 "So in a lot of ways, because of our creation we really paved the way for the National Park Service to be born," she said.

"So even though it is our 100th anniversary as a national park, being set aside as a reservation first is kind of incredibly unique. How many parks can say they've had multiple names, especially when one of those is being one of the first pieces of land to be federally owned?" Waymouth said.

For Reservation Day, HSNP will offer two chances at three different guided hikes that correspond to the history of the park and reservation. Registration for the hikes is required by calling HSNP at 501-620-6715. All three hikes will be "pretty easy," and "at the most moderate," Waymouth said.

The hike themes will include:

• A look at the archaeology that tells the story of the park, conducted by HSNP archaeologist Victoria Reichard.

• An in-depth historical look at the park and how it's changed since 1832, conducted by HSNP Museum Curator Tom Hill.

• An evaluation of what the purpose of a national park is, and how that creates context for the original creation of the reservation and the eventual name change of the national park, conducted by HSNP Guide Tyler Young.

Masking will be required on the hikes if social distancing cannot be maintained.