Parolee charged with alleged attack on ex-girlfriend, her son 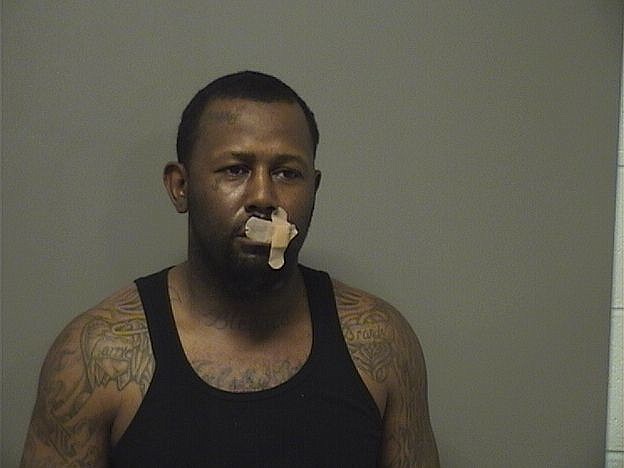 A local felon on parole is facing felony and misdemeanor battery charges stemming from allegations he attacked his ex-girlfriend and her 12-year-old son last month.

Kennedy was being held on a zero bond and was set to appear Wednesday in Garland County District Court.

According to the probable cause affidavit, on March 22, around 2:15 p.m., Hot Springs police responded to a residence in the 200 block of Sonnet Street regarding a battery and spoke to a woman who stated her ex-boyfriend, identified as Kennedy, had struck her in the face and hit her 12-year-old son.

She said she was lying on her bed and Kennedy was partially on the bed leaning over her.

She said he held her down and began spitting in her face and poking her.

As she struggled to get up, her son came in telling Kennedy to "get off my mom."

She said Kennedy threatened her son, telling him to "stay out of it" and then struck her son on the arm with what appeared to be his phone in his hand.

After hitting her son, she said he began punching her in the face.

Another juvenile living in the home began calling 911 and Kennedy fled the area.

Officers noted the woman had large discolored swelling to her forehead above her left eye and a "pingpong ball" sized knot on her head. Both her eyes were red with the eyelids swollen and she had a cut between her left eye and nose and several scratches and cuts to her arm, including some that were "still bleeding."

Her son reportedly received a small abrasion to his right arm.

According to court records, Kennedy was convicted of multiple felony drug charges and fleeing in Ashley County on Jan. 8, 2020, and given a 10-year suspended sentence.

At the time of his conviction, he was classified as a habitual offender with multiple prior felony convictions.

He was arrested on Feb. 9 on a felony count of second-degree forgery and felony and misdemeanor counts of theft by receiving. He was later released on a $4,000 bond and is set to be arraigned on April 19 in Garland County Circuit Court.