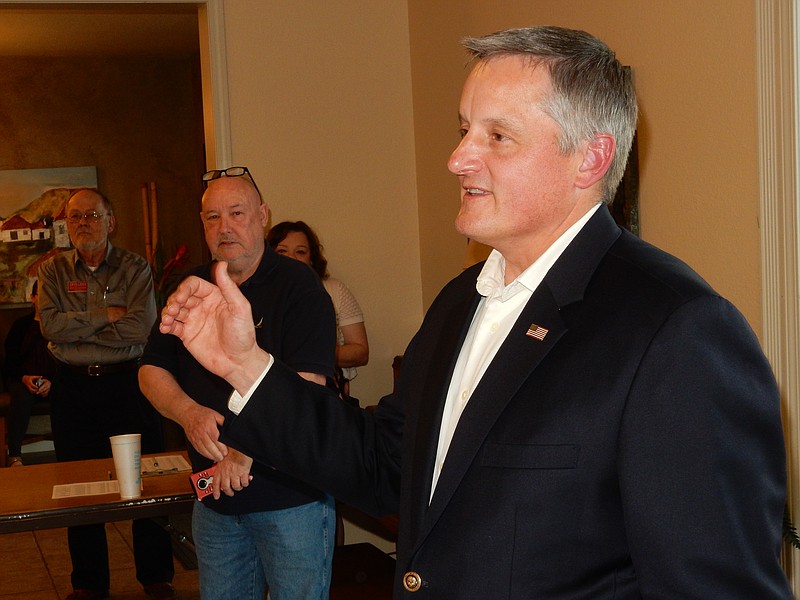 U.S. Rep. Bruce Westerman, R-District 4, recently told the local Republican Party that the proposed federal voting bill is "dangerous" legislation that should not be passed.

House Democrats passed the sweeping voting rights bill, HR1, termed the "For the People Act," over GOP opposition in March, according to The Associated Press. The bill is now before the U.S. Senate.

According to the AP, Republicans say HR1 would give license to unwanted federal interference in states' authority to conduct their own elections -- ultimately benefiting Democrats through higher turnout, most notably among minorities.

"Democrats want to use their razor-thin majority not to pass bills to earn voters' trust, but to ensure they don't lose more seats in the next election," House Minority Leader Kevin McCarthy said from the House floor before the bill passed.

"We can't let HB 1 pass. It would be horrible for the country," Westerman said, according to a news release from the Republican Party of Garland County.

"This bill is dangerous for our country."

Westerman made his comments on April 8 during the monthly meeting of the Republican Party of Garland County in Hot Springs.

He told the more than 70 people in attendance that they need to support congressional candidates throughout the country, so Republicans can retake the House and the Senate in 2022.

Westerman said the "socialist agenda" being proposed by the Democrats will give Republicans more support from voters and he predicted that the Republicans will take back the House and the Senate at the midterm elections. He also said he believes President Joe Biden will be elected to only one term, according to the release.

"The good news is I think we will flip the majority in 2022. Odds are that the House will be back in the majority. Whatever can be done to flip the House has to be done, because we need to get Nancy Pelosi out of office," he said.

"She is going to pass whatever bad idea she can think of," Westerman said.

Westerman said the COVID relief bill was a "$2 trillion bailout to big government," the release said, and has created increases in unemployment because companies cannot hire employees who are receiving $300 a week from the federal government and $400 a week from the state of Arkansas.

"It is $2 trillion that the federal government is borrowing from our grandchildren," he said.