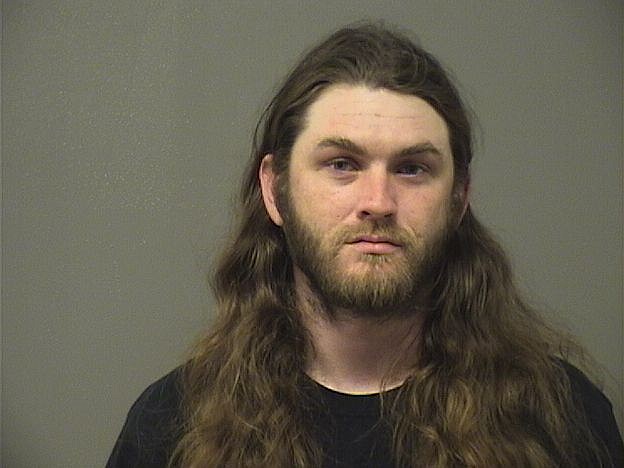 A Murfreesboro man was arrested on felony charges late Thursday after allegedly firing a gun during a rolling confrontation with another man on Mountain Pine Road.

Parrish, who lists no prior criminal history, was being held on a $7,500 bond and was set to appear today in Garland County District Court.

According to the probable cause affidavit, shortly before 9 p.m. Thursday, the Garland County Sheriff's Office received a call of a gun being fired in the 200 block of Mountain Pine Road.

The alleged victim, Jesus Brown, stated he was following the suspect, whom he identified as Zac Parrish, who was driving a white Chevrolet pickup.

Sheriff's deputies and Arkansas State Police troopers located and stopped a white 2019 Chevrolet Silverado pickup at the intersection of Timberlake Drive and Sunshine Road and made contact with the driver, identified as Parrish.

Officers seized a Highpoint 9-mm handgun that was located in the cab of the truck and took Parrish into custody.

Parrish was taken to the sheriff's office to be interviewed and after being read his rights, he stated he and Brown had been communicating via text for about a week. He said Brown had continuously mentioned meeting for a "physical altercation."

Parrish said he intended to meet Brown Thursday evening and had gone to the 800 block of Mountain Pine Road, but then "reconsidered his intentions." He said he left that area headed toward Highway 270 when a vehicle began flashing its lights and honking at him.

He said the vehicle pulled beside his truck with both vehicles in motion and he could hear someone yelling so he rolled his window down. He said he then learned the person yelling was Brown.

He said they "yelled back and forth" and then he "saw an opportunity to scare Brown." He said he displayed his 9-mm which caused Brown to suddenly brake his vehicle.

Parrish said he was well ahead of Brown's vehicle when he "chose to discharge" his gun toward the ditch at the side of the road. He said he drove away and continued driving until he was stopped by the officers.