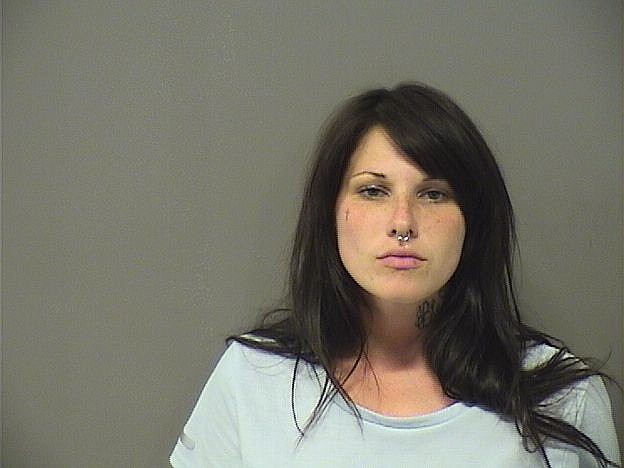 A local felon on parole claiming to be a stranded motorist was charged with theft Wednesday after allegedly stealing the vehicle of a good Samaritan who gave her a ride.

Megan Elizabeth Griffin, 26, who lists a Bull Bayou Road address, was taken into custody shortly before 11 a.m. on a felony count of theft of property over $1,000, punishable by up to six years in prison.

Griffin, who was wanted on a failure to appear warrant out of North Little Rock, remained in custody Thursday on zero bond and is set to appear today in Garland County District Court.

According to the probable cause affidavit, Garland County sheriff's Deputy Benny Rowe was dispatched to the Family Dollar Store, 3242 Albert Pike Road, regarding a stolen vehicle.

The vehicle's owner said he was helping a white female who told him she was stranded in Hot Springs. He said he took her to the Family Dollar "to purchase items for her" and left her waiting in his car, a silver 2002 Ford Mustang, while he went inside.

When he came back out, the Mustang, valued at $1,500, was gone and security video from the store showed it headed west on Albert Pike. Rowe broadcast the information on the Mustang and a description of the female.

Shortly after 10:30 a.m., Sheriff's Cpl. Felix Hunter got behind the Mustang on Albert Pike and stopped it in the 9400 block. The driver, identified as Griffin, matched the description given by the victim and was taken into custody without incident.

According to court records, Griffin was arrested April 5 by North Little Rock police on felony charges of possession of a controlled substance and possession of drug paraphernalia. She was set for an arraignment hearing on April 15 but reportedly failed to appear, so a warrant was issued for her arrest.

Griffin was previously convicted in Pulaski County Circuit Court on March 1, 2018, on felony charges of residential burglary and theft of property and sentenced to six years in prison, but later paroled. On March 12, 2020, she was convicted again in Pulaski County of theft of property and sentenced to three years in prison with two years suspended.