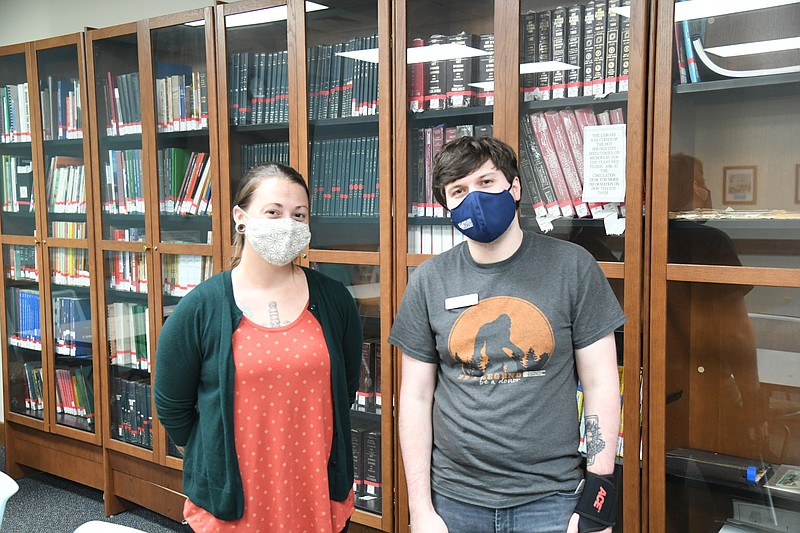 The inaugural Hot Springs Book Festival, originally set for Sept. 17 and 18, has been delayed due to increased COVID-19 cases, and Garland County Library officials hope to hold the event in 2022.

"After heavy consideration, and at the recommendation of local health officials, we are making the difficult decision to postpone the Hot Springs Book Festival originally planned to be held on September 17th & 18th, 2021," the post said.

"This decision was made in response to the increase of cases and hospitalizations of the COVID-19 in Garland County. We had internally decided to make a decision on the status of this event one month prior to the event, and given the current state of the pandemic, we can not in good conscience have the event" the post said.

"While the Garland County Library, the Literacy Council of Garland County, and National Park College is committed to providing enjoyable experiences to our patrons and encouraging a lifelong appreciation of literacy and reading among our residents, our #1 priority is keeping our community, staff, and other contributors safe," the post said.

The festival was originally going to take place on Sept. 17-18 and was set to feature book signings by several popular authors, including many who are local.

The post did not say whether the same lineup of guests will be back, but it does say that the library will use this time to make the festival better.

"We tentatively hope to reschedule this event for Spring 2022. It is our intention to take this time to make the event even bigger and better than we had already planned. A considerable amount of care and energy has already been invested in this event behind the scenes, and we fully intend to carry this momentum into the rescheduled event -- whenever that may be," the post said.

In an interview with The Sentinel-Record conducted prior to the announcement of the delay, Paul Kagebein, the library's adult services programmer, and Erin Baber, the library's public relations/marketing coordinator, spoke about plans for the now-delayed September festival.

The opening day was to feature David Hill, author of "The Vapors: A Southern Family, the New York Mob, and the Rise and Fall of Hot Springs, America's Forgotten Capital of Vice" at the infamous former nightclub.

Kagebein said it would have been the first appearance by Hill at the venue, now an entertainment center called The Legendary Vapors, at 315 Park Ave. The plan was to present live era-appropriate music and have Hill answer questions after his talk and sign books, Kagebein said.

On Saturday of the festival, the plan was to open with a couple of children's authors, Trenton Lee Stewart and Corabel Shofner, and in the afternoon feature a local author day, which would have more than 20 local authors in booths set up at the library as a meet and greet, selling books and meeting the public, with some vendors of literary interests, Kagebein said.

The final element originally planned for the weekend was Nate Powell, with a book talk at Kollective Coffee & Tea, Kagebein said.

"We've had in mind to do a book festival of some sort for many years now. Actually, several years ago that idea morphed into what is now Spa-Con, when we worked with Visit Hot Springs," Baber said.

Baber noted she was "really excited" about the authors who were lined up, because they're all either Arkansans or have local interests," and while Shofner isn't from Arkansas, her book "takes place in Arkansas, or has a piece of it, they're passing through Hot Springs."

"I am very excited to have him here," Baber said, noting the "March" trilogy was "a big award winner."

Even prior to the delay, Baber discussed backup plans.

"We're hoping that, worst-case, is we pivot to a mostly virtual option. Before that happens we are hoping we can just cut the number of attendance down. That's why it's really important to register early. If we end up having to cut attendance, we're going to take those who've signed up first," Baber said.

"And we'll be evaluating decisions on if we have to pivot partially or fully to virtual as we get more information as August progresses," Kagebein said.

For more information about the book festival visit its Facebook page at https://facebook.com/bookfestival, where any updates and changes will be announced, Baber said.