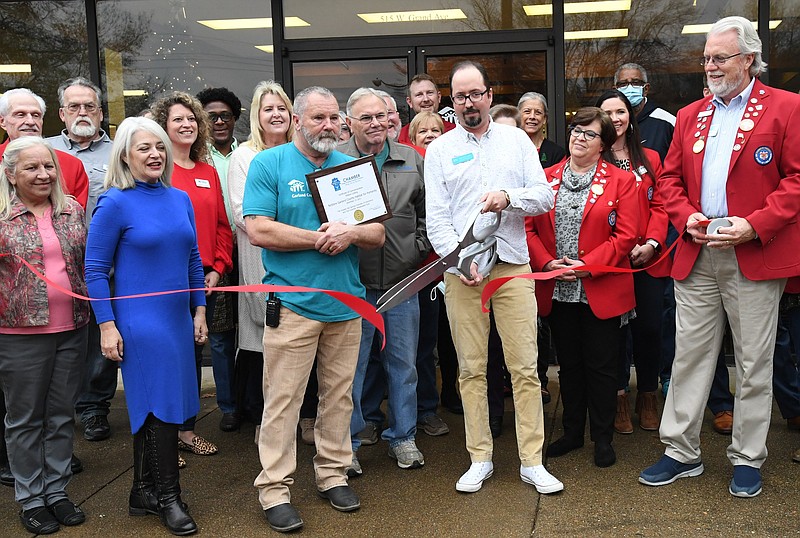 Romeo Lopez, ReStore manager, cuts the ribbon at the grand opening of the new location in November. - Photo by Tanner Newton of The Sentinel-Record

The Greater Hot Springs Chamber of Commerce and Habitat held a ribbon cutting for the new store on Nov. 14. During the ceremony, Ben Baker, ReStore director, announced that by 2 p.m. that day, the new location had set a record for sales for a downtown ReStore location.

"As crowded as it looks today with just (chamber members) in here, at 8:40 this morning it was this crowded. It has just been insane. This store has already beat any record the other store has ever set in sales, and it's what, 2:30, 2:15, something like that, so we've had a really amazing opening," Baker said.

Baker, in a later interview, explained why the ReStore had moved from Malvern Avenue to 515 W. Grand Ave.

"There's a couple of reasons. The store on Malvern Avenue that they've been at for probably 12 years was put up for sale. We didn't own the building. Cindy (Wagstaff) and I have been working on a plan for relocation, and some other things, to help the efficiencies of the work crew. With office space, there's a lot of things that play into the reasons we moved," Baker said.

"One of the largest reasons we moved was we weren't making any money at that store and we hadn't made any money in a couple of years. People seemed to think that we did, but we didn't, so we're hoping that moving to this new location, kind of running it with some better efficiencies, doing some things from a logistical standpoint with all three of the stores, that we can make the ReStores more profitable all around," he said.

While Baker said he and Wagstaff, Habitat's executive director, had been talking about moving from the building for a few years, "it was really January 2021 that we really started putting firm plans into place for next steps of what we were going to do."

Going from a store that was not making money to a store that set a record in single-day sales, Baker said, felt good.

"We, at 8:40 this morning, had people standing outside the door, and I walked up to the door and said 'We're not going to open 'till 9' and they said 'We know,'" Baker said, adding that the pre-opening line had "probably 25 people."

"It was just a madhouse the first hour," Baker said.

"This is a big leap and it was a big investment for us, and I haven't slept the last two nights, so it's reaffirming to see the community come out for us," he said.

Romeo Lopez, store manager, noted the difference between the old and new locations.

"Everybody's going to say -- and they have been saying it -- it's a lot smaller, and it is, it's a lot smaller. The old location, we were really fortunate that it was as big as it was. It allowed us to offer more items than any typical other ReStore out there, but with this location, it's going to be about quality, not necessarily quantity. We are going to focus on putting out a lot of really nice things," he said.

"We are going to cater more to the higher end of thrift," Lopez said.

"I think the store has met every expectation we had and then some. The flooring is beautiful, the paint colors are beautiful, every area that we have is designated for furniture or clothing, so it's a very specialized shopping experience for people, so you can walk in here, get thrift store prices but not feel like you're at a thrift store," she said.

As far as the record sales, Post said, "I think it shows what an impact our organization has on the community, and I think it shows that people are excited about new businesses opening up here, regardless of what that is, but the interest we've had in this store opening over the last month -- the phone calls we've received alone wanting to know when our opening day was going to be -- I'm not surprised we had a line of people waiting to come in this morning." 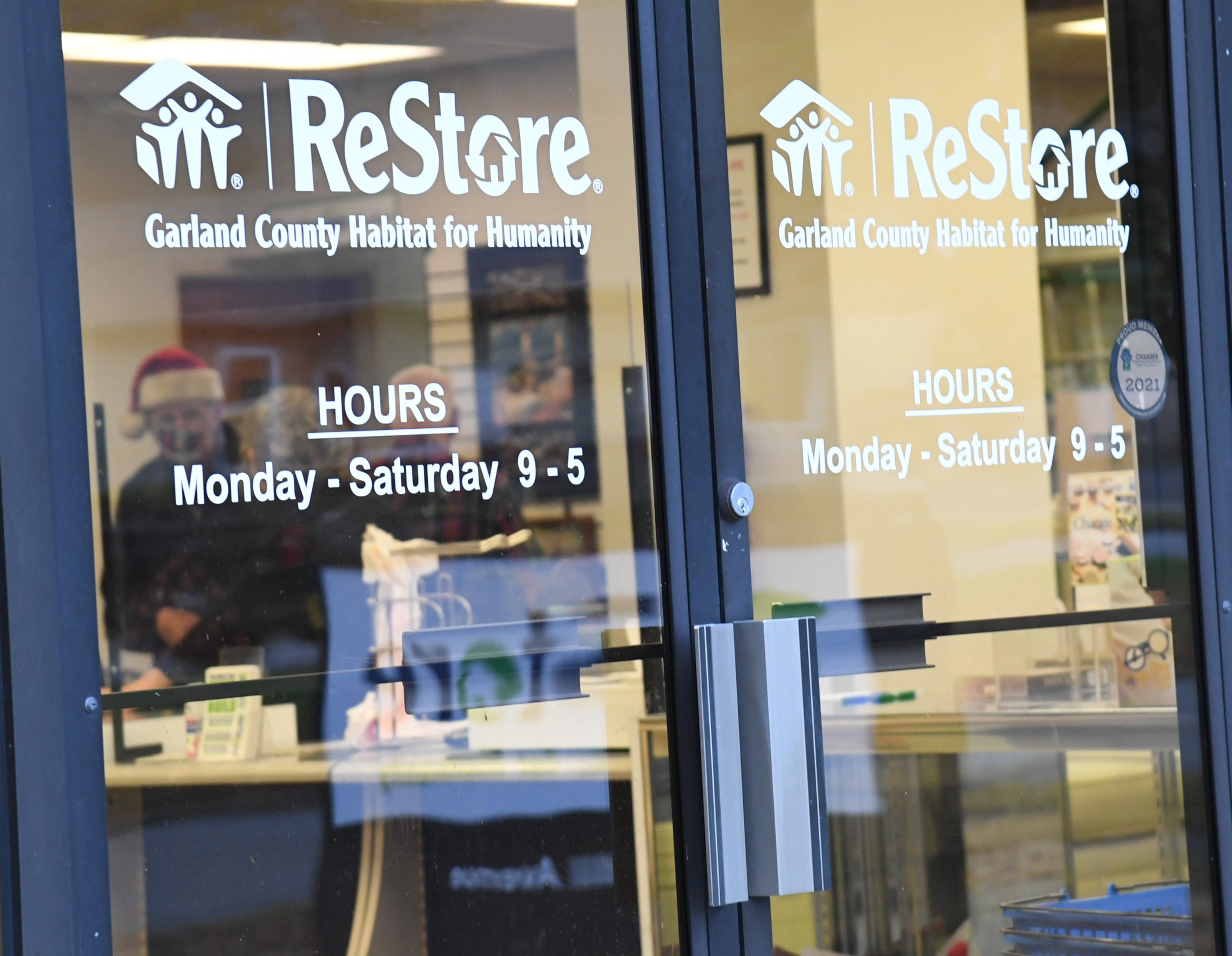 The front entrance to the new ReStore on West Grand Avenue shortly after it opened. - Photo by Tanner Newton of The Sentinel-Record