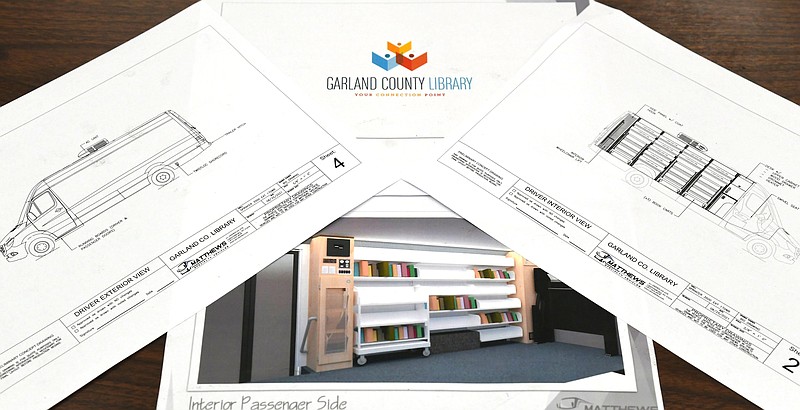 Plans are displayed at the Garland County Library for its bookmobile project. - Photo by Tanner Newton of The Sentinel-Record

EDITOR'S NOTE: This is the final installment of a two-part series regarding the Garland County Library's bookmobile project.

After months of work, the Garland County Library recently reached its goal of raising enough funds to purchase a bookmobile, which is planned to be delivered to the library next year.

Adam Webb, library director, said it has been working toward the goal of getting a bookmobile for about a year.

"We decided on a bookmobile simply because we're a single-site library in a 735-square-mile county and we just don't do a really great job of reaching out to those folks who live too far away, and the folks who live really far away from the library typically are lower income," Webb said.

"Additionally, we got a big grant from the Oaklawn Foundation to cover almost the rest of it," he said.

"We didn't spend a single dollar of local tax money to get this done. It was all done through grants, thanks in great part to the Oaklawn Foundation, the American Rescue Plan Act from the Biden administration, Millie Gore (Lancaster) and Maestro (Phillip) Wilson and some other folks who've helped fund the bookmobile," he said.

Both Webb and Paul Kagebein, the library's adult services programmer, said they were happy with the final donation from Lancaster and Wilson.

"I was really taken aback that it just happened so quickly," Webb said.

The day he and Lancaster initially talked, Kagebein said he was getting ready for bed and just happened to look at his phone.

"It was about 11 o'clock at night that same day and she had said that she would give us the money and that Maestro Wilson was going to match and she wanted to meet with us as soon as possible," he said.

Webb said they hope to have the bookmobile by late summer, noting, "We're hoping to get possession of it in September of 2022, thanks to the global chip shortage, they said that they might not make that window, but we have our fingers crossed."

The bookmobile is currently being manufactured at the Mercedes plant in South Carolina and then assembled in North Carolina, he said.

Lancaster joked, "A Mercedes bookmobile, are we first-class or what?"

Webb noted the Mercedes is "the only one that's weight-rated for library books."

Lancaster said she thinks that having a bookmobile in the community will benefit the area.

"If their parents are disabled, then they certainly can't do it. People with disabilities, and I'm a special ed professor, people with disabilities often do not have the ability to drive, or they are in my situation right now. My husband (has) Parkinson's disease and dementia. If I didn't have home care, if I couldn't provide home care for him, then I wouldn't be able to go to the library myself," she said.

"Lots of folks don't have access to public libraries and not only are books joyful for me, but if we don't have an educated citizenry, then we're not going to be able to maintain democracy," Lancaster said. 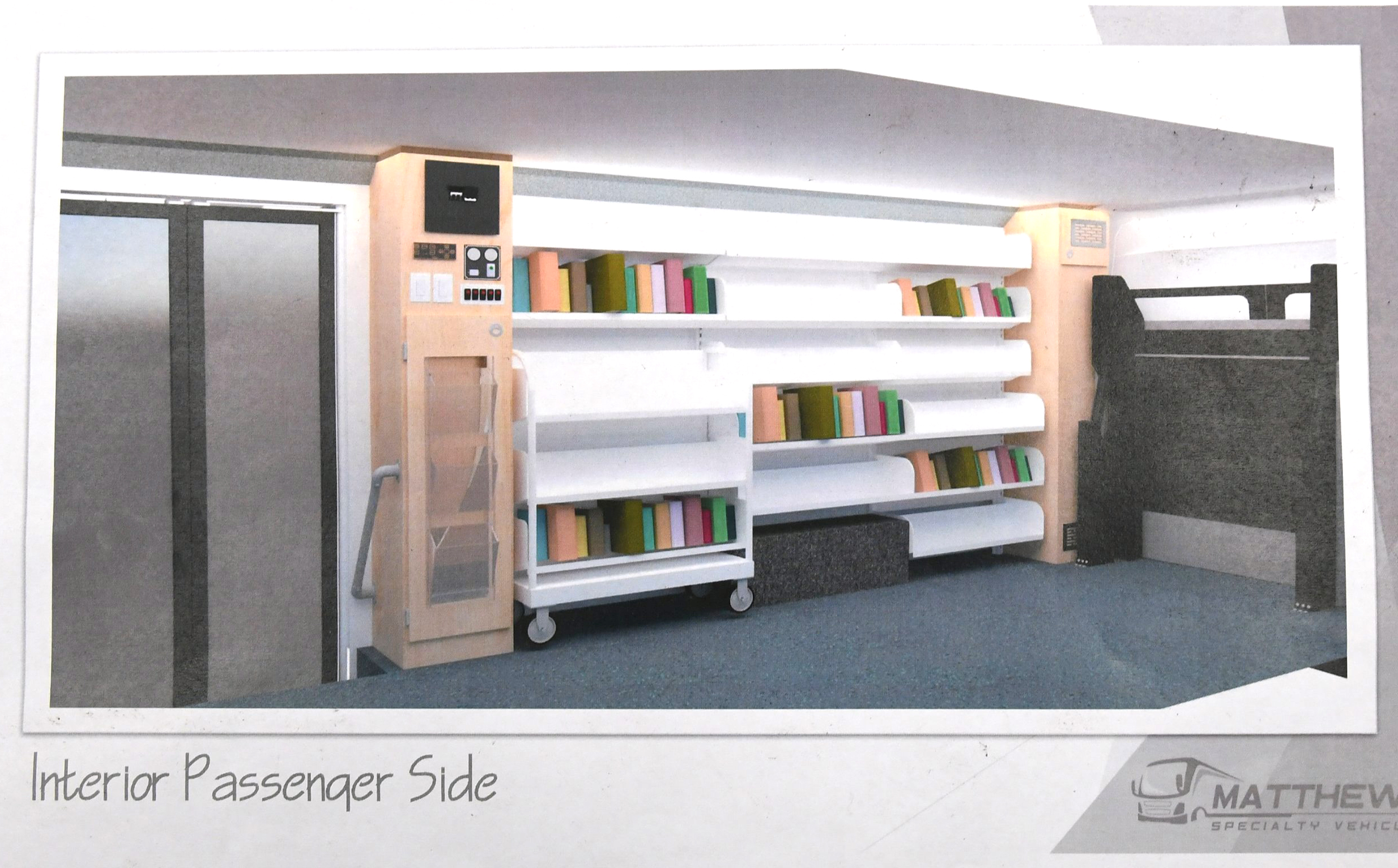 Plans for the interior of the Garland County Library’s bookmobile are shown. - Photo by Tanner Newton of The Sentinel-Record