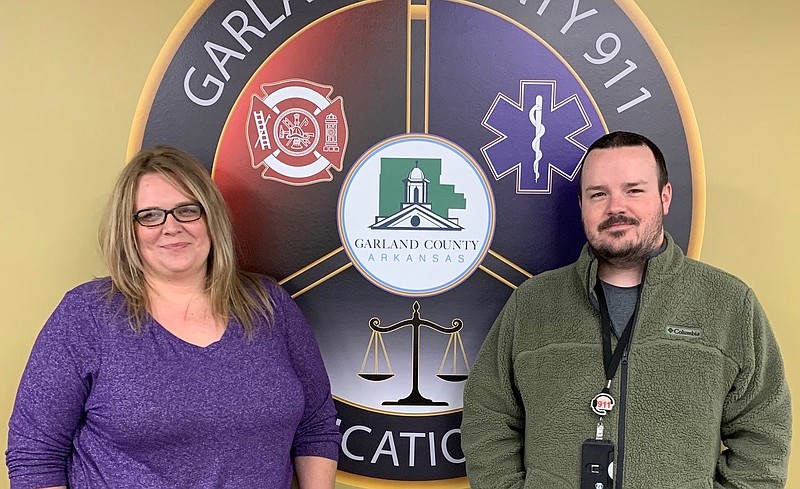 "These promotions are the result of independent emergency communications testing, as well as a series of independent and internal interviews, conducted earlier in the year," James Martin, director Garland County 911 Communications Center, said in a news release.

"Brittney has served the residents of Garland County as a Level II telecommunicator with the Garland County Communications Center for nearly five years. As a Level II, Brittney has served alongside the shift supervisor and Level III TC for the past several years, showing great leadership, dedication and supervisory abilities. Brittney brings over 200 hours of specialized training into her new position," Martin said.

"Please join us in congratulating Brittney and Daniel on completing the processes and their resulting promotions."