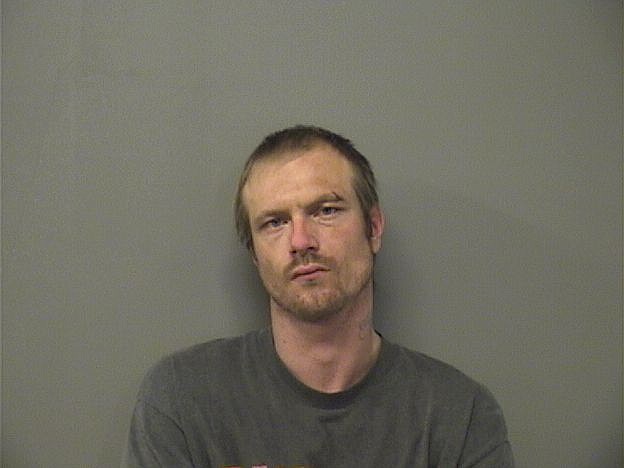 A Malvern man was arrested late Thursday on felony warrants stemming from allegations he was involved in the theft of two catalytic converters from vehicles at a Hot Springs business in December.

Billy Tom Brock III, 31, was taken into custody around 10 p.m. and charged with two counts of first-degree criminal mischief, punishable by up to six years in prison. Brock, who also had a warrant for failure to appear, was being held on a zero bond and was set to appear Friday in Garland County District Court.

According to the probable cause affidavit, on Dec. 30, Garland County sheriff's deputies responded to a report of a suspicious vehicle in the 100 block of Extrusion Place and located a Ford F-150 pickup in the parking lot of Tillery's Towing.

After a search of the area, deputies located a woman, 30, standing near the building and she stated Brock and another man, 30, were with her, but they had gone to the Valero off Malvern Avenue near Akers Road.

Deputies went to the Valero and found a silver Ford Expedition occupied by Brock and the other man and both men had warrants. In searching the vehicle, three catalytic converters were found in the back seat of the Expedition, which was seized by sheriff's investigators.

A search warrant was obtained and executed on the Expedition and the three converters were seized and it was noted they had cut marks on their ends. A grinder and extra grinding wheels were also found in the vehicle.

An employee of Tillery's Towing contacted investigators to report two vehicles in the lot were missing their catalytic converters. Investigators took the converters they had seized to Tillery's and were able to match two of them to the vehicles they were allegedly taken from.

The affidavit notes investigators crawled under the vehicles and were able to match the cut marks and confirm the converters "fit perfectly" in the spaces where the converters had been removed.

The employee estimated the damages to the two vehicles from the removal of the converters totaled $4,298.82.

After further investigation, a warrant for Brock was issued on Jan. 29.

According to the website Cars.com regarding such thefts, catalytic converters "are designed to act as a line of defense against harmful exhaust system emissions by turning pollutants into harmless gasses. Thieves target catalytic converters because they contain precious metals, like platinum, palladium or rhodium, that are valuable to metal dealers. They can sell them to scrap yards for up $200."