Man allegedly tried to smuggle meth into jail after arrest 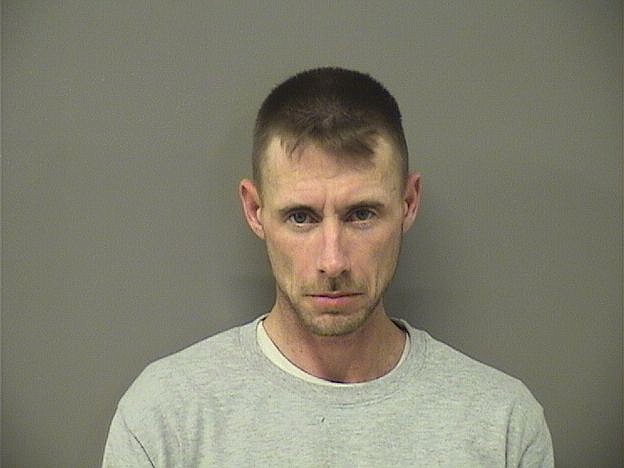 A local man was arrested Tuesday after allegedly attacking his girlfriend when she came to get her belongings and then reportedly trying to smuggle meth into the detention center.

Christopher Earl Hohn, 37, of 655 Thornton Ferry Road, was taken into custody shortly after 4 p.m. on a misdemeanor count of third-degree domestic battery, punishable by up to one year in jail, but was later charged with a felony count of furnishing prohibited articles, punishable by up to 20 years in prison, and a misdemeanor count of possession of a controlled substance, meth.

Hohn was being held on a $7,500 bond and is set to appear March 1 in Garland County District Court, although he will likely be arraigned sooner once district court is open again.

According to the probable cause affidavit, shortly before 4 p.m. Tuesday, Garland County sheriff's Cpl. Jon Lane and Deputy Devyn Helms responded to Hohn's residence regarding a hang-up 911 call where a female was "screaming in the background."

The female, 34, was standing outside the trailer and told Helms she had come there to get "her stuff" and her boyfriend, identified as Hohn, had attacked her.

She said he kept hitting her and Helms noted she had scratches to her neck, face and right ear and a "busted lip." She refused medical treatment but indicated she wanted to file a battery charge.

Deputies noted Hohn had scratches on both his hands and knuckles. He was taken into custody and patted down. Deputies asked if he had anything illegal on his person and he said no, so he was taken to the detention center.

Once there, Hohn was reportedly asked again if he had anything on him and again said no, but during a more thorough search by deputies there a small bag containing 0.2 gram of what later tested positive for meth was found in one of his pockets resulting in the additional charges.