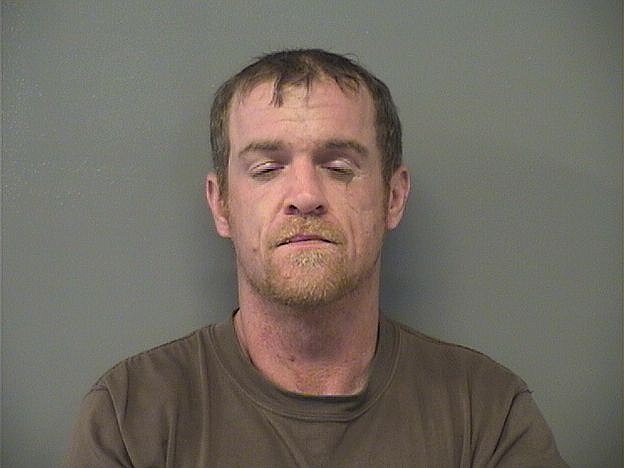 A local man was arrested Monday after allegedly assaulting his sister during an argument about their mother, choking her and shoving her off a porch causing her to strike her head and injure her back.

Bradley John Schoolfield, 36, of 106 Little Bit Trail, was taken into custody around 10 a.m. at his residence and charged with third-degree domestic battery, a misdemeanor punishable by up to one year in jail.

Schoolfield remained in custody Thursday in lieu of $2,500 bond and is set to appear March 1 in Garland County District Court, although he will likely be arraigned before then when district court reopens.

According to the probable cause affidavit, Garland County sheriff's deputies were dispatched to the residence regarding a disturbance in progress and were told while en route the victim had relocated to the Dollar General on Mountain Pine Road.

They arrived there and spoke to a woman who stated she had just been in a fight with her brother, identified as Schoolfield, at his residence.

She stated she went to his residence to "talk to him about the altercation with their mother" and Schoolfield grabbed her by the throat and pushed her against a railing on the front porch.

She states he then pushed her down the steps of the porch, causing her to hit her head and back on the ground. The deputies noted the victim had red marks around her neck, a large knot on the back of her head and was complaining of pain in her lower back.

Deputies went to the residence on Little Bit and made contact with Schoolfield who told them his sister came into the home where he was staying which "led to a physical altercation."

Due to the injuries sustained by the victim, Schoolfield was taken into custody and his sister was given a Laura's Card for domestic abuse victims.