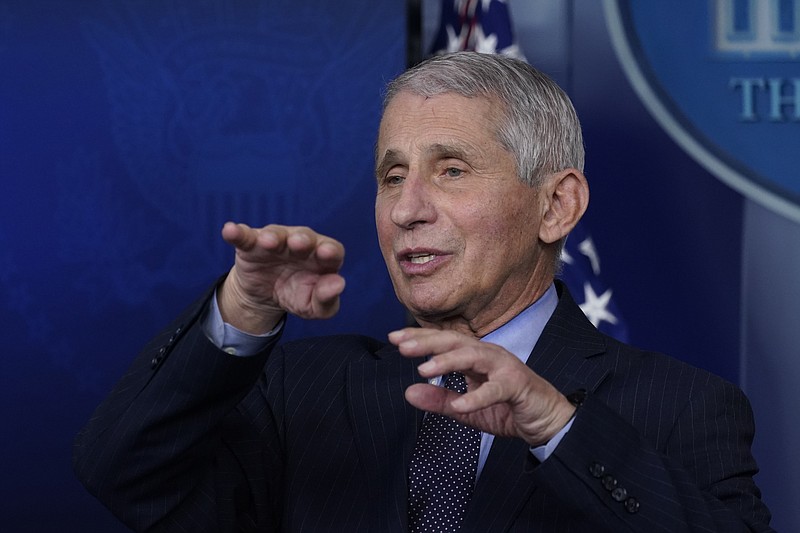 The Associated Press In this Jan. 21 file photo, Dr. Anthony Fauci, director of the National Institute of Allergy and Infectious Diseases, speaks with reporters at the White House, in Washington.

The U.S. stood Sunday at the brink of a once-unthinkable tally: 500,000 people lost to the coronavirus.

A year into the pandemic, the running total of lives lost was about 498,000 -- roughly the population of Kansas City, Missouri, and just shy of the size of Atlanta. The figure compiled by Johns Hopkins University surpasses the number of people who died in 2019 of chronic lower respiratory diseases, stroke, Alzheimer's, flu and pneumonia combined.

"It's nothing like we have ever been through in the last 102 years, since the 1918 influenza pandemic," the nation's top infectious disease expert, Dr. Anthony Fauci, said on CNN's "State of the Union."

The U.S. virus death toll reached 400,000 on Jan. 19 in the waning hours in office for President Donald Trump, whose handling of the crisis was judged by public health experts to be a singular failure.

Joyce Willis of Las Vegas is among the countless Americans who lost family members during the pandemic. Her husband, Anthony Willis, died Dec. 28, followed by her mother-in-law in early January.

There were anxious calls from the ICU when her husband was hospitalized. She was unable to see him before he died because she, too, had the virus and could not visit.

"They are gone. Your loved one is gone, but you are still alive," Willis said. "It's like you still have to get up every morning. You have to take care of your kids and make a living. There is no way around it. You just have to move on."

Then came a nightmare scenario of caring for her father-in-law while dealing with grief, arranging funerals, paying bills, helping her children navigate online school and figuring out how to go back to work as an occupational therapist.

Her father-in-law, a Vietnam vet, also contracted the virus. He also suffered from respiratory issues and died on Feb. 8. The family isn't sure if COVID-19 contributed to his death.

"Some days I feel OK and other days I feel like I'm strong and I can do this," she said. "And then other days it just hits me. My whole world is turned upside-down."

The global death toll was approaching 2.5 million, according to Johns Hopkins.

While the count is based on figures supplied by government agencies around the world, the real death toll is believed to be significantly higher, in part because of inadequate testing and cases inaccurately attributed to other causes early on.

Despite efforts to administer coronavirus vaccines, a widely cited model by the University of Washington projects the U.S. death toll will surpass 589,000 by June 1. 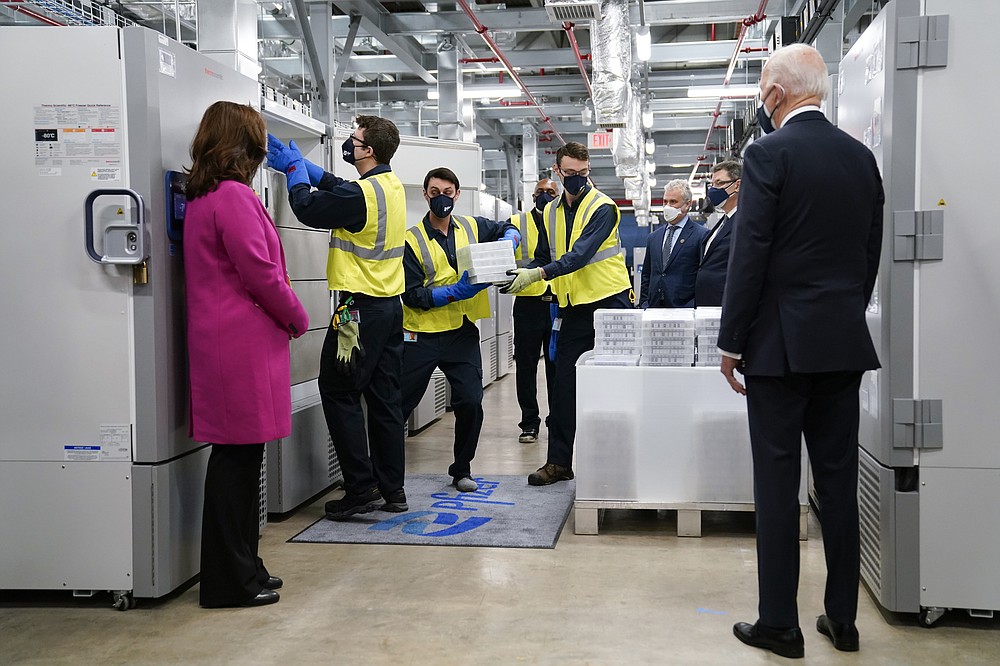 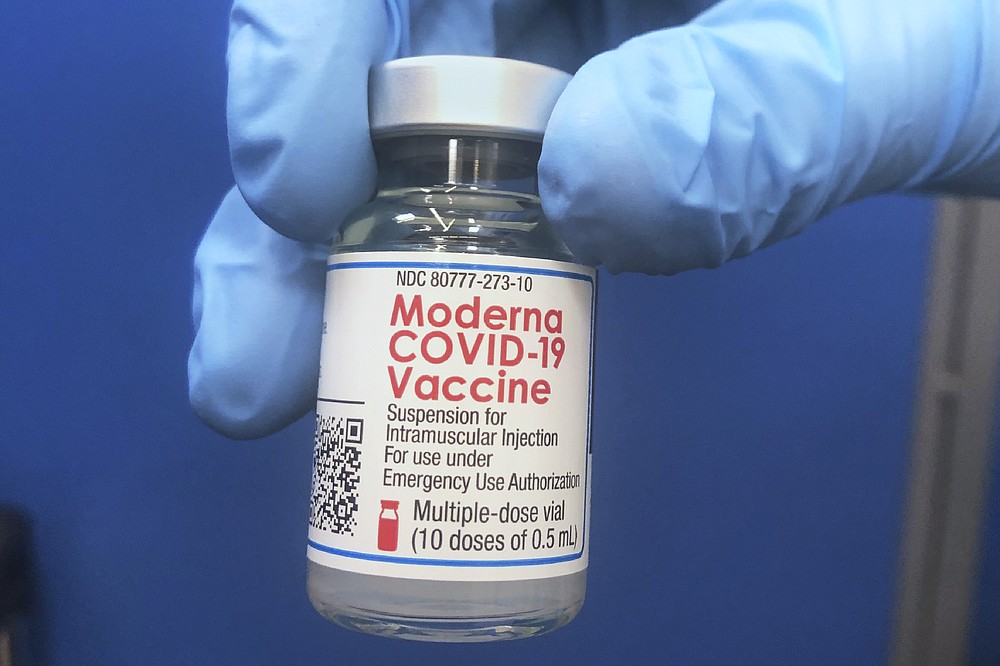