Burglary suspect, caught on video, identified by police through Facebook 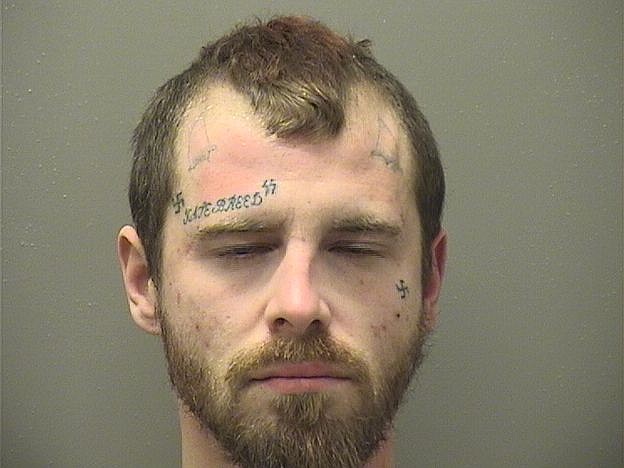 A burglary suspect identified by Hot Springs police after they posted security video on Facebook was charged with felonies last week after allegedly attacking his girlfriend and hiding in the bathroom.

Aaron Scott Taylor, 29, of 534 Grove St., was taken into custody at his residence shortly after 6:30 p.m. on Tuesday, Feb. 16, and charged with the felony warrant for residential burglary, punishable by up to 20 years in prison, and a felony charge of possession of a controlled substance, meth, punishable by up to six years.

Taylor, who was also charged with misdemeanor counts of third-degree domestic battery, theft of property, failure to appear and failure to comply, was being held on an $11,000 bond and was set to appear Monday in Garland County District Court.

According to the probable cause affidavit on the burglary charge, on Jan. 17, 2021, shortly before 12:30 p.m., a woman reported a burglary to her residence on Hudson Street where an unknown white male gained entry by prying open a window.

The suspect reportedly stole a Nintendo switch, a cellphone, wallet, money and a security camera. The victim was able to review recorded video from the security camera that showed the suspect walk onto the front porch and look directly at the camera at one point, revealing a Swastika tattoo on one cheek and another above his right eye.

On Jan. 20, police posted photos of the suspect on the HSPD Facebook page asking for assistance in identifying him. The next day, Detective Les Jessup received "several phone calls and messages" identifying the suspect as Taylor and he was able to confirm it by comparing the security photos to previous booking photos of Taylor and obtained a warrant.

On Feb. 16, shortly before 5:30 p.m., HSPD Officer 1st Class Wes Smith responded to the Grove Street residence regarding a domestic disturbance in progress. A juvenile witness told him she saw a known suspect, Taylor, on top of his girlfriend after hearing a "loud noise that coincided with a body being slammed" to the floor.

A computer check on Taylor revealed multiple warrants, including the burglary warrant from last month. The girlfriend was found to be in a locked bathroom and wouldn't come out.

Officers were finally able to make entry and located the girlfriend and Taylor inside and took Taylor into custody. In patting him down, they allegedly found 0.2 gram of what later tested positive for meth in his watch pocket.

Officers also noted the girlfriend had a laceration to her lip, bruising to her eye and elbow and redness to the left side of her face stemming from the earlier attack.