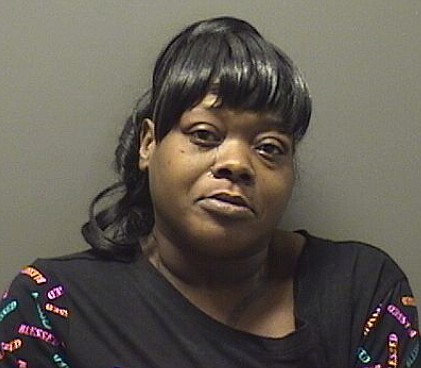 Williams was later released on a $16,000 bond and is set to appear March 11 in Garland County District Court.

According to the probable cause affidavit, around 1:30 a.m. Monday, Hot Springs police Officer 1st Class Shane Lewis spotted a maroon GMC Yukon with temporary tags northbound in the 3500 block of Central Avenue and noted one taillight was out, so he pulled it over.

Upon contact with the driver, identified as Williams, he noted an odor of marijuana coming from the vehicle and when asked she reportedly admitted she did not have a medical marijuana card. She was asked to exit the vehicle so it could be searched.

During the search, a pill bottle was found in the center console that reportedly held a baggie of white powder which Williams allegedly admitted was cocaine.

Williams was taken into custody and once at the detention center, a smaller baggie of cocaine, 0.2 gram, was found in her bra along with two baggies of marijuana, a total of 13.2 grams. Also inside the pill bottle were 166 different colored pills with "Superman" logos on them that were determined to be Ecstasy. Another Ecstasy pill was found in Williams' bra.

Williams reportedly signed and filled out a document describing the drugs and their respective amounts.