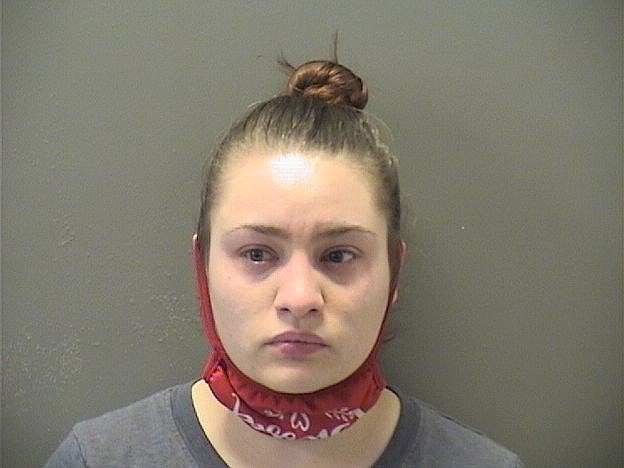 A local woman was arrested on a felony warrant Tuesday stemming from allegations she forced her way into another woman’s home earlier this month and bit the woman who was trying to get her to leave.

Lissie Abirah Sampson, 22, who lists a Clubhouse Circle address, was taken into custody shortly after 2 p.m. at the Garland County Courts Building, 607 Ouachita Ave., and charged with residential burglary, punishable by up to 20 years in prison.

Sampson, who lists no prior criminal history, remained in custody Wednesday on a $5,000 bond and is set to appear March 8 in Garland County District Court although she will likely be arraigned before then if unable to make bond.

According to the probable cause affidavit, on Feb. 11, a local woman filed a complaint with the Garland County Sheriff’s Office regarding a burglary that had occurred two days earlier at her residence on Galaxy Street.

She stated a known suspect, identified as Sampson, came to her residence at 1:30 a.m. and knocked on the door. The victim and multiple witnesses stated once the door was opened, Sampson pushed her way inside screaming.

Sampson was told multiple times to leave but refused, the victim said. While she was attempting to get Sampson out, Sampson reportedly grabbed her left arm and bit her on the elbow.

She continued trying to get Sampson out and during the ensuing struggle the victim reportedly sustained bruising to her arm.

Sheriff’s investigators later obtained security video of the incident that shows Sampson going to the front door and knocking. When the door is opened, investigators could hear Sampson being told to leave multiple times and then heard “what sounds like a physical altercation” inside the home before Sampson finally leaves.

After further investigation, a warrant was issued for Sampson’s arrest.