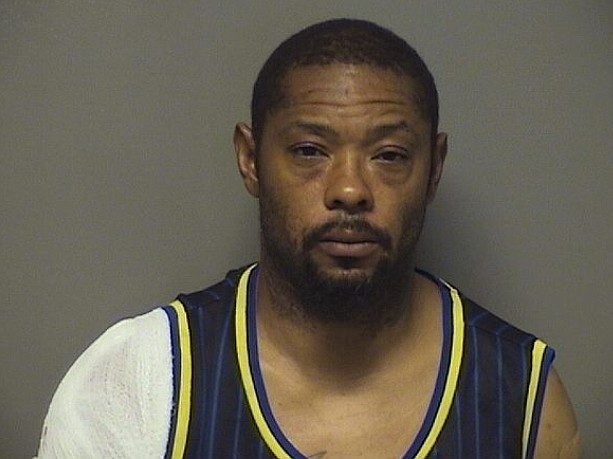 A local man was arrested on felony battery charges late Friday after allegedly shooting a local man and woman less than an hour earlier at a residence on Federal Street, Hot Springs police said in a news release on Saturday.

Antonio Rochester Baker, 48, who lists an address of 3510 Albert Pike, No. 18, was taken into custody at or near his residence shortly before 11 p.m. and charged with two counts of first-degree battery, punishable by up to 20 years in prison.

Baker, who lists no prior felony history, was being held on a $50,000 bond and is set to appear Thursday in Garland County District Court, although he will likely be arraigned sooner if unable to post bond.

According to the release, around 10 p.m. Friday, police responded to 105 Federal St. regarding a call of “shots fired” and arrived to find a woman, 46, and a man, 70, both suffering from gunshot wounds.

Both victims were transported to a local hospital for treatment of their injuries. During the course of investigating the incident, officers identified Baker as a suspect and coordinated with the Garland County Sheriff’s Office to locate him.

At around 10:50 p.m., Baker was located in the 3500 block of Albert Pike Road where it was discovered he had suffered a non-life-threatening gunshot wound during the incident.

Baker was transported to a local hospital for treatment and, after he was discharged, taken to the Garland County Detention Center where he was booked in shortly before 5 a.m. Saturday.

“The investigation remains ongoing and detectives are currently following up on leads and processing evidence,” HSPD Cpl. Patrick Langley, the department’s public information officer, said in the release.