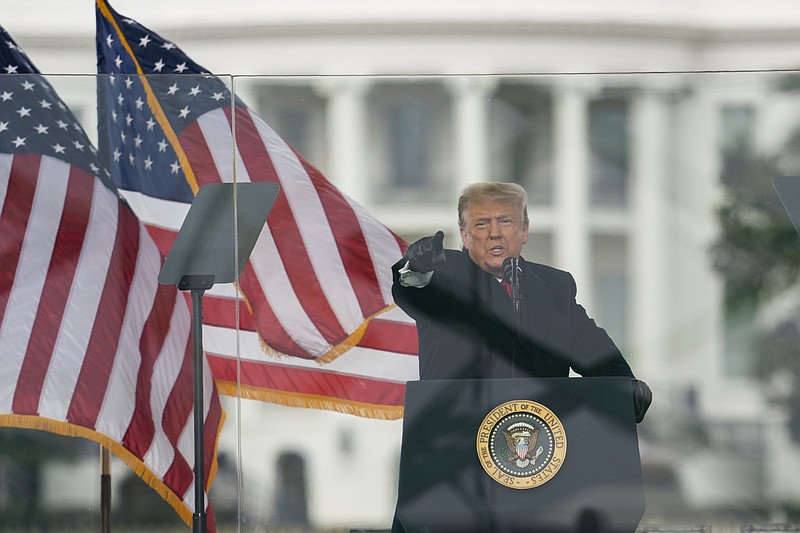 NEW YORK -- The riotous mob that laid siege to the U.S. Capitol on Wednesday was the product of the destructive forces that President Donald Trump has been stirring for years, culminating in the disruption of a democratic ritual that would formally end his unconstitutional bid to stay in power.

The scene that unfolded -- pushing through police barricades, breaking windows, then occupying seats of power -- was one that Americans are accustomed to watching in distant lands with authoritarian regimes.

But the violence, which included gunshots fired in the Capitol, one death, and an armed occupation of the Senate floor, was born from the man who swore an oath to protect the very democratic traditions that rioters tried to undo in his name.

The rioters chose to storm the Capitol, a building symbolic as a citadel of democracy, and stirred echoes of the the angst and blood of the Civil War era. Only this time it was instigated by a duly elected president unwilling to honor the foundational creed of a peaceful transfer of power.

"This is an attempted coup d'état incited by the President of the United States," said presidential historian Michael Beschloss. "We are in an unprecedented moment when a president who is willing to conspire with mobs to bring down his own government. This is totally against the idea of democracy for which the nation has stood for over two centuries."

The certification of the Electoral College votes that formalizes President-elect Joe Biden's victory, a Constitutionally-enshrined ceremony typically designed to show American democracy's strength, was disrupted within hours of Trump's incendiary demand for action in a speech to his supporters, as he implored them to "fight" to stop the "steal" of the election and march on the Capitol.

As his presidency enters its final days, Trump's speech was a valedictory that seethed with anger, and roused those who took it as a call to insurrection. Rioters overran and overmatched Capitol security forces, breaking windows, stealing mementos and mocking the institution with photos showing them in seats of power.

One in the mob seized House Speaker Nancy Pelosi's dais, another her office. A sea of red "Make America Great Again" hats stormed through Statuary Hall, a part of the Capitol familiar to tourists. One man carried a Confederate flag under the same rotunda where Abraham Lincoln -- and, just last year, the congressman and civil rights hero John Lewis -- had lain in state. A noose was photographed not far from the Capitol's west front.

And the inauguration stand where Biden will put his hand on a Bible in two weeks was used by U.S. Capitol Police to fire pepper spray into the violent crowd.

Few escaped Trump's rage -- not even his most loyal lieutenant, Vice President Mike Pence, who had, for once, said he could not honor the president's wishes that he overturn the electoral vote count because there was no legal authority for him to do so.

At his rally on the Ellipse, Trump said he would be "very disappointed" in his vice president, who a short time later had to be whisked to safety by the Secret Service when the Capitol's barriers were breached.

But the groundwork for the violence was laid far before the rally, which also included a call from the president's personal attorney, Rudy Giuliani, for a "trial by combat" to settle accusations of election fraud.

Trump, who has long shied away from committing to a peaceful transfer of power, spent the better part of 2020 declaring that the election was "rigged" while making baseless accusations of widespread voter fraud that numerous federal courts and his former attorney general said did not exist.

Even when it became clear he had lost the election, Trump refused to acknowledge reality, insisting repeatedly that he had won in a landslide. He lost to Biden by 7 million votes.

But his supporters were more than willing to accept his effort to subvert the verdict of voters.

Just weeks ago, he tweeted: "Big protest in D.C. on January 6th. Be there, will be wild!" And even after the siege began, and members of his own party -- including some trapped in the Capitol and hiding for their lives -- begged him to forcibly condemn the act of domestic terrorism, Trump refused.

He spent most of the afternoon in his private dining room off the Oval Office, watching the violence in Washington on a large mounted television, though most of his attention was fixated on Pence's disloyalty.

He reluctantly taped a video in which he called for "peace" and told the rioters to "go home," but he bracketed his request with further false claims of election fraud and told the insurrectionists: "We love you. You're very special."

In a tweet, rather than directly criticizing the mob, he offered an apologia for them. "These are the things and events that happen when a sacred landslide election victory is so unceremoniously & viciously stripped away from great patriots who have been badly & unfairly treated for so long." And he encouraged them to "remember" the day as though it would someday be seen as a celebration rather than a riot.

His words were a remarkable contrast to the man who defeated him and one who came before him.

"At their best, the words of a president can inspire. At their worst, they can incite," said Biden in an address to the nation from Delaware. "The work of the moment and the work of the next four years must be the restoration of democracy and the recovery of respect for the rule of law, and the renewal of a politics that's about solving problems -- not stoking the flames of hate and chaos." He implored Trump to "step up." Trump did not.

Jonathan Lemire has covered the White House and politics for The Associated Press since 2013. 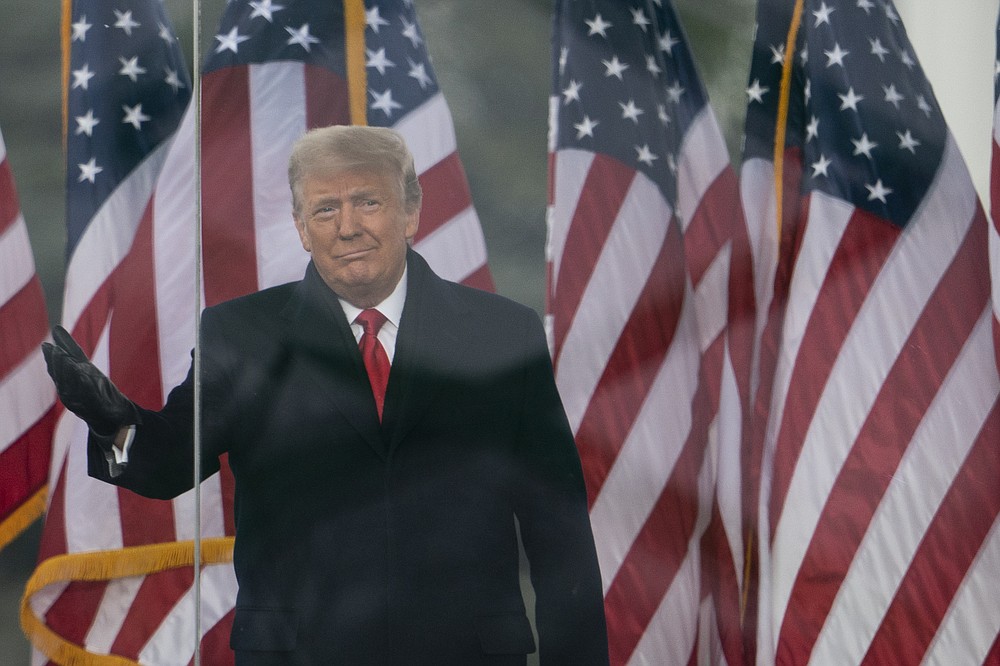 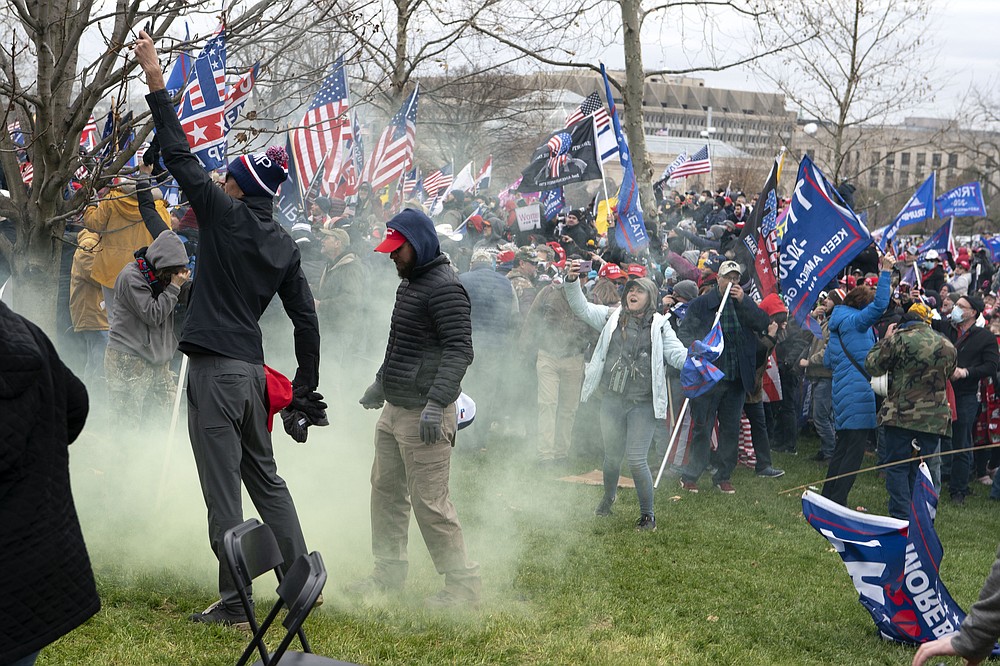 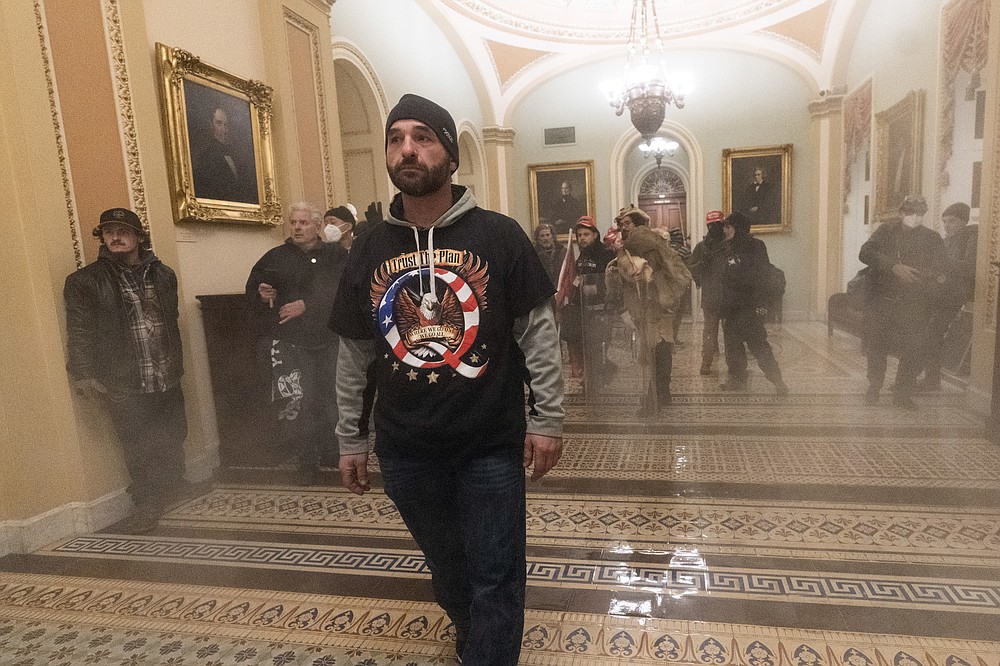 Smoke fills the walkway outside the Senate Chamber as supporters of President Donald Trump are confronted by U.S. Capitol Police officers inside the Capitol, Wednesday, Jan. 6, 2021 in Washington. (AP Photo/Manuel Balce Ceneta) 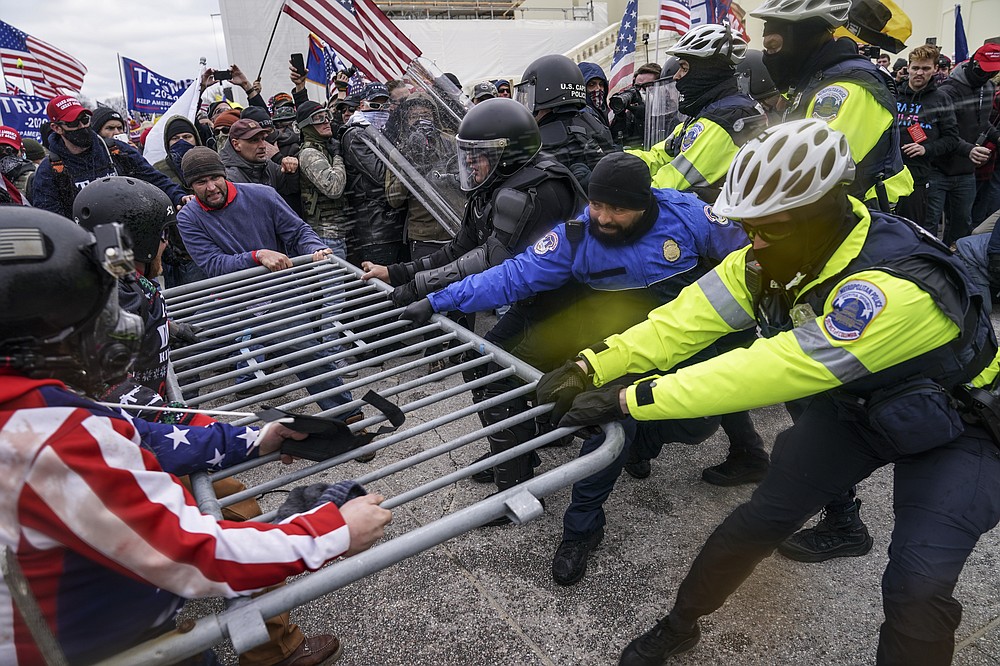 Trump supporters try to break through a police barrier, Wednesday, Jan. 6, 2021, at the Capitol in Washington. (AP Photo/John Minchillo)