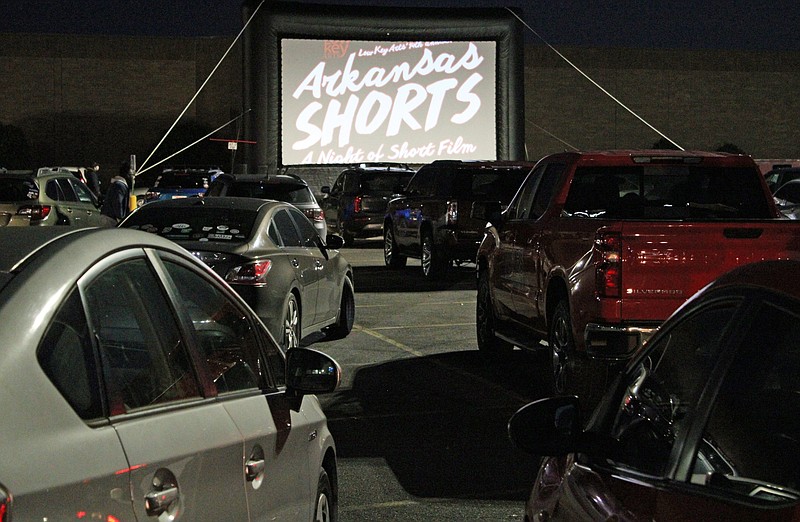 Over 100 cars filled the parking lot of Hot Springs Mall the night of Jan. 2 to watch the 14th annual Arkansas Shorts: A Night of Short Film, a festival held by Low Key Arts to screen short films.

Sonny Kay, executive director of LKA, said the event was a success. "We are all thrilled, it really surpassed our expectations," he said.

Due to the COVID-19 pandemic, Arkansas Shorts was forced to switch to a drive-in festival this year. Kay said Low Key has assisted in bringing other drive-in festivals, such as the Hot Springs Documentary Film Festival, to life during the pandemic.

"Based on doc fest numbers, we were hoping we'd hit 75 (cars), we would have considered that an overwhelming success," he said. The night of the event, Kay did not have a final total of vehicles in attendance, but estimated it was between 110 and 120.

"It went so, so well," Festival Director Jen Gerber said, noting that due to the cold weather, they had a few technical difficulties at the start of the show, but once those were fixed, the night went smoothly.

Gerber said she was "very happy with the turnout" and the approximately 115 cars present "equates to about the same number" of attendees during their usual Arkansas Shorts.

Over the course of the night, 22 short films were screened, including two films that received awards. "Ms. Blue," directed by Mary McDade Casteel, won the Jury Prize, while "Therapy," directed by Kayla "Kay Kay" Woods, won the Audience Choice award, which was voted on by attendees via their phones.

Casteel was not able to attend, but Woods did. Gerber said Woods accepting the award was a "great way to cap off" the event, noting this was the first festival Woods has screened a movie in.

"Her first festival, and what a way to start her journey as a filmmaker," she said.

Four of the short movies shown were created by students who participated in the Inception to Projection class that LKA hosts. Kay called the student films the highlight of the festival for him.

The student films "tend to be the most well received," he said, noting "certainly the whole program was very strong."

"I think it's remarkable that they were filmed at all," Kay said, calling them "four of the best films that the program has ever produced."

"They were so great," Gerber said, noting the students were likely nervous when their movies screened.

"I think it's impossible to attend your own screening and not feel nervous," she said.

Not all of the student films were finished in time for the event. Kay said they will showcase the remaining films later in the year after they are finished, noting "If it needs to be another drive-in, great."

Kay said the change from a movie theater to a drive-in created a different atmosphere for this festival.

"Drive-ins have an atmosphere that's hard to reproduce," he said, and while he missed being able to see the shorts with a packed crowd, the drive-in "sort of opens it up to people who wouldn't have come otherwise."

He said drive-ins can feel more accessible, noting, "I think drive-in is a cool option in a pandemic, a way to experience a film" with a large crowd.

Gerber said she wanted to thank everyone who attended or supported the event.

"Hot Springs Mall was so generous, (we are) so grateful for our community," she said.

Kay said Arkansas Shorts will return next year for its 15th annual festival. 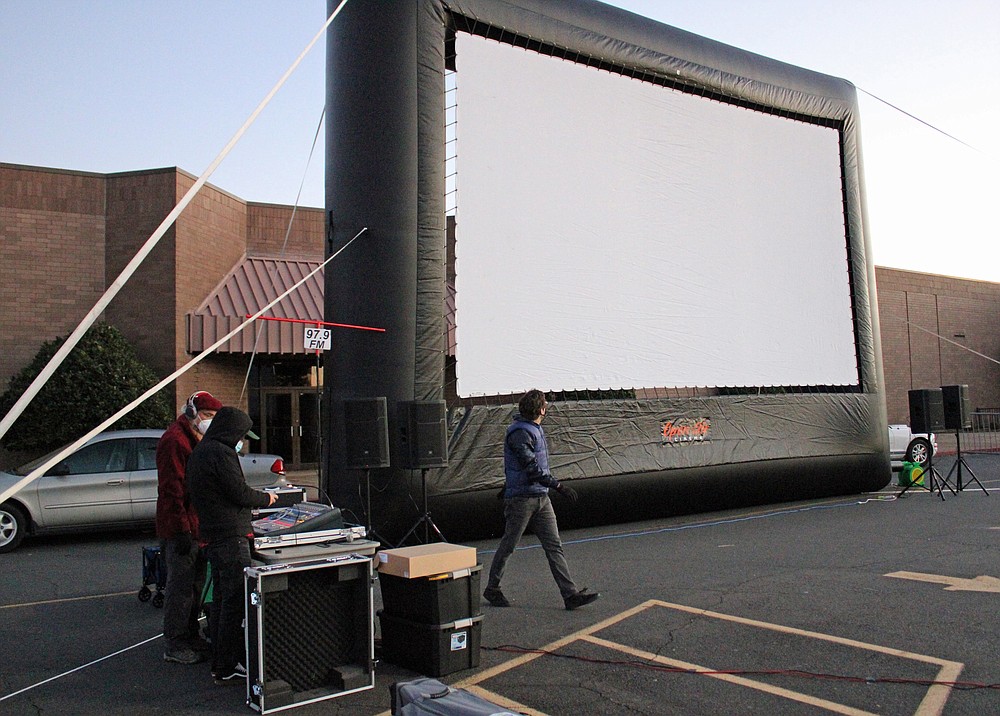