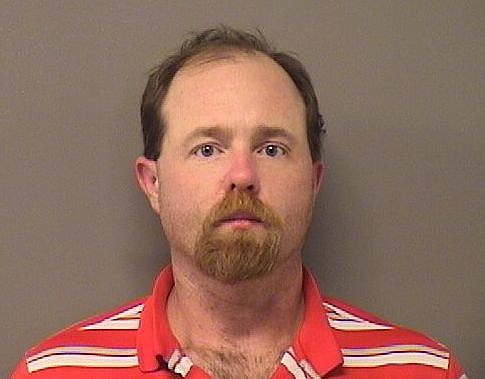 A local man was arrested Monday morning on a felony battery charge for allegedly shooting his brother in the leg at an area motel on Sunday.

Eryk Kent Prater, 38, who lists a Marion Anderson Road address, was taken into custody around 10 a.m. at the Garland County Sheriff's Office and charged with first-degree domestic battery, punishable by up to 20 years in prison.

Prater, who lists no prior felony history, remained in custody Tuesday in lieu of a $50,000 bond and is set to appear today in Garland County District Court.

According to the probable cause affidavit, shortly before 12:30 p.m. Sunday, the sheriff's office received numerous 911 calls regarding an alleged shooting at Motel 6, 106 Lookout Point.

One of the callers, Candy May, who is the mother of Eryk Prater and the victim, Blake Prater, said that Blake Prater had called her stating he was shot by Eryk Prater.

The affidavit did not indicate a motive for the shooting or if Eryk Prater gave a statement to sheriff's investigators after his arrest.

See Wednesday's edition of The Sentinel-Record for complete details.