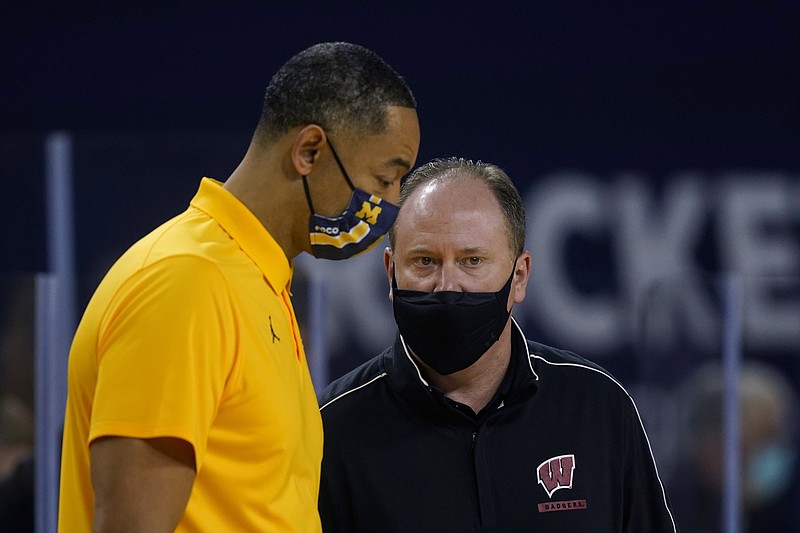 ANN ARBOR, Mich. -- Mike Smith had 16 points and six assists, and No. 7 Michigan remained unbeaten with another dominant performance, routing No. 9 Wisconsin 77-54 on Tuesday night.

The Wolverines (11-0, 6-0) turned this Big Ten showdown into a blowout with a 43-6 run that spanned parts of both halves. It was another masterpiece for coach Juwan Howard's team, which became the first in college basketball history to beat three ranked opponents in a row by at least 19 points.

Michigan set the one for this one with its rim protection. The Badgers (10-3, 4-2) struggled to finish plays around the basket early on, and the Wolverines had six blocked shots in the first half alone.

The last time Michigan started the season with a run like this was when the Wolverines were 17-0 during the 2018-19 season. Wisconsin actually ended that unbeaten streak, but the Badgers didn't come close to a repeat performance.

The double-double was the first of the season for Radford, who helped the Hokies (10-2, 4-1 Atlantic Coast Conference) jump to an 18-point, first-half lead and hold off Duke's second-half rally to win for the sixth time in seven games.

Kansas trailed by three in the closing seconds and had possession, but Oklahoma State's Bryce Williams stole the ball, drove the length of the floor and and dunked as time expired.

The Cowboys blew a 19-point lead in a loss to West Virginia eight days earlier and squandered a 16-point lead in the second half of this one before scoring the game's final eight points.

Williams scored 17 points and Avery Anderson III added 14 for the Cowboys (9-3, 3-3 Big 12). It was the fifth time in the past eight tries that Oklahoma State has beaten the Jayhawks at Gallagher-Iba Arena.