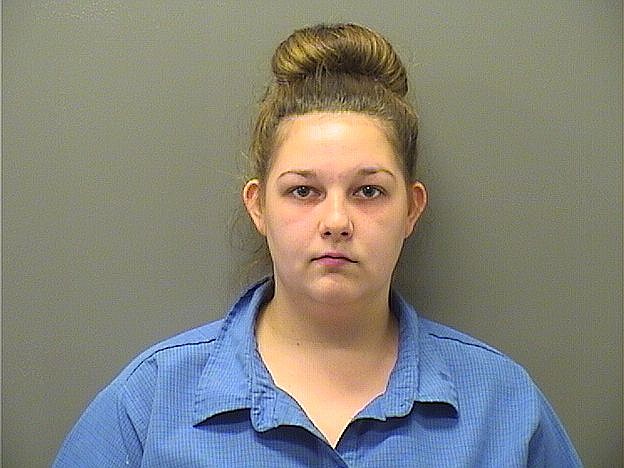 One of two teens charged with murder and robbery for the March 2020 shooting death of a local man whose body was found at Hollywood Park was found fit to proceed with trial Monday following a court-ordered mental evaluation.

Alisa Kay Andry, 19, of Hot Springs, was arrested July 10, 2020, and charged with first-degree murder and aggravated robbery, each punishable by up to life in prison, for the death of Joshua Severns, 20, of Hot Springs, whose body was found at the park on March 14, 2020.

She pleaded not guilty to the charges in Garland County Circuit Court by reason of mental disease or defect on Aug. 3, 2020, and the case was delayed until she could be evaluated.

Andry was released on Sept. 16, 2020, on a $100,000 bond and is now set for a hearing on March 22 on the admissibility of any statements she made to Hot Springs police after her arrest. She appeared Monday with Garland County Public Defender Tim Beckham, who accepted the findings of her Nov. 9 evaluation at the Arkansas State Hospital finding her fit to proceed.

An alleged accomplice, Payton Jason Mann-Douthit, 18, was arrested July 9, 2020, and charged with capital murder, punishable by death or life in prison, and aggravated robbery in connection with Severns' death. He pleaded not guilty to the charges on July 10 and has remained in custody on a $500,000 bond since his arrest.

His attorney, Clay Janske, filed a motion on Nov. 25 to suppress any statements made by Mann-Douthit after his arrest, arguing he was "under the influence of meth" and had "gone without sleep for several days" when he was questioned.

"The statement was not the product of free and deliberate choice but was influenced by intimidation, coercion and deception," Janske stated in his motion.

She argued Mann-Douthit was "not under the influence to the extent his confession was involuntary. When a trial court determines voluntariness of a statement by one who claims intoxication, the court must determine whether the individual was of sufficient mental capacity to know what he was saying and whether he was suffering from hallucinations or delusions."

A hearing to determine if Mann-Douthit's statement will be admitted was postponed several times, including again during an appearance on Monday, but is now set for Feb. 3.

Former Judge John Homer Wright had issued a gag order July 8, 2020, limiting pretrial publicity in the case and had ordered the cases sealed for both Mann-Douthit and Andry at the request of prosecutors on July 7. Both cases had been filed directly to circuit court on July 7, the same day warrants were issued for both suspects.

According to HSPD news releases, at around 11:38 p.m. on March 14, police responded to a report of shots fired in the area of Hollywood Park, 411 Hollywood Ave., and found Severns deceased from a gunshot wound, behind the restrooms.

During the course of the investigation, it was determined Severns left his residence on foot to meet someone and was directed to certain locations prior to making it to the park. A Crime Stoppers reward of $1,500 had been offered for information leading to the arrest of the person or persons involved in the murder of Severns.

Information about what led police to Mann-Douthit and Andry has not been released.