A feat of filmmaking 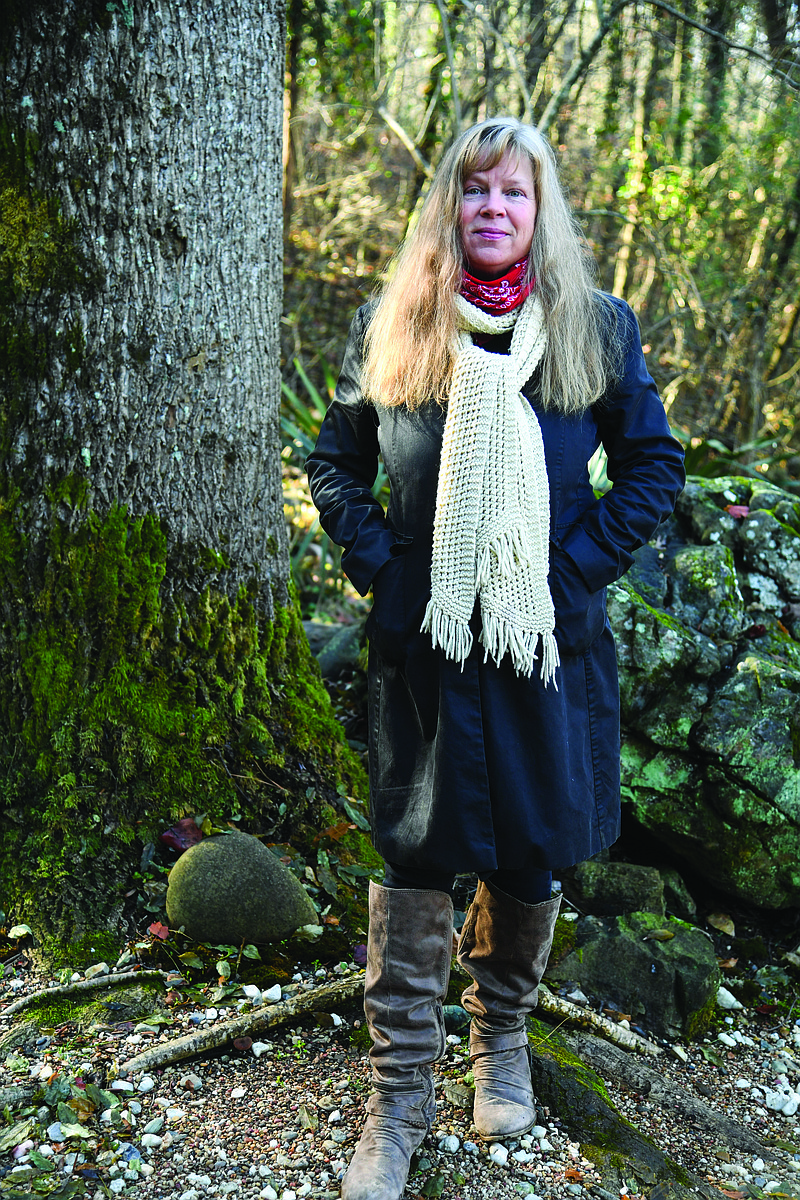 The story of Helen Spence is one of few histories in existence detailing the culture of the "river people" who lived in houseboats floating on rivers across Arkansas. Until recent years, her story remained virtually forgotten from the pages of history. Local author Denise Parkinson decided to try her hand at filmmaking and spent the past three years working to bring her novel "Daughter of the White River" to life on screen.

"I couldn't find anything in the history books or anywhere about 'river people,'" Parkinson said. "I knew (the term) 'river rat' was a thing and I didn't understand where they had gone and what had happened to them. That was my family. We had two houseboats on the Arkansas River levee at Pine Bluff and the Clarendon levee and they both got destroyed. My great-grandmother was evicted and basically rendered homeless.

"This has a lot to do with my personal journey to find out what happened to the river people, to my family. The first day we began filming re-enactments was almost 50 years to the day of the anniversary of when I left the river and our houseboat was destroyed," she said.

In 2013, Parkinson published the first edition of her book, "Daughter of the White River," a work of true crime depicting "Depression-era treachery and vengeance in the Arkansas Delta." It follows the story of a young woman named Helen Spence who was infamously arrested for murder multiple times during the early 1930s. In 1931, Spence shocked Arkansas when she avenged her father's murder in a DeWitt courtroom. She would go on to escape from the Pea Farm Women's Prison in Jacksonville multiple times before she was found murdered near a well.

Playing the role of Spence is a local teenager, Lilie Lim. Originally from Delaware, Lim moved to Hot Springs as a child and began acting in productions at the local theaters. Through a mutual connection and an uncanny resemblance, Lim landed a chance to play the role.

"My mother has been teaching acting for a very long time, so I've been involved in theater ever since I was really little," Lim said. "I moved to Arkansas and discovered the pocket theater and the Bathhouse Theater. I've been in a couple of shows since I've been here, which has been a great experience and it's helped me kind of get prepped further."

"I was kind of excited about it. When you're in front of a camera, you get the chance to reshoot something and that is not the case with theater. I'm very, very good at messing up my lines, so being able to edit them out and be able to redo them is a gift. It's a very big gift. I like both, I think that they both have their own unique little things to them," Lim said.

Lim also had to adjust to filming in the elements rather than inside a temperature-controlled auditorium.

"We would go out to these really neat places. There is this lake that we filmed on that one day that was over 100 degrees, and I sweat a lot. It was very brutal heat. I'm out on the lake, in a boat. I have cameras and lights on me and it's very, very hot. So I've been in the heat, I was in a very cold barn, wearing really thin clothes for one scene. It was excruciating but it's pretty worth it, I'd say. I think that this has been a really great experience and it has kind of prepped me for being able to withstand heat and cold and maintain professionalism," Lim added.

"Lilie was perfect for the part. I first met her when she was a little bitty kid when I worked with her mother. When it came time to find Helen, she was there and she was about to turn 16, almost Helen's age," Parkinson said.

"It's so good because Helen was so petite and so is Lilie and I think, in a weird way, that plays into the story. Here's this tiny little girl, you know, that's being made into like Bonnie and Clyde or something when in fact, she avenged her father's murder. Which was something that they did on the river. It was river justice.

"When I started doing research, there was a common thread that was Helen Spence. LC Brown always said that she was the face of the river people and that if you could tell her story, you would understand the loss of culture. All of the injustices she faced were because she was from the river. Once I started finding out about Helen Spence, I had to tell her story. It was like meeting a cousin. It was very strange," Parkinson said.

"The film is based on the book but it follows the journey of all the people that I've met and spoken with during the writing of the book. After the book came out, people began contacting me with more information. In a way, it is like the book but in making this film I brought everyone in. It is not just me telling a story," she added.

Parkinson, the cast, and crew spent three years working to bring the organic material surrounding the book together in the form of a documentary type dramatization. After receiving "seed funding" from the Morris Foundation and the support of Dorothy Morris, work on the grassroots film took off and a headstone was finally placed at Helen Spence's grave.

"If I had know filmmaking was such an involved process, I don't know if I could have even gotten started. I was blessedly ignorant but we just had so many wonderful people to interview and it started flowing. ... After we received our first bit of startup funds, knew we could set up dramatizations and Julie Williams jumped in with both feet and all of her vintage clothing and sets. It went really, really well but then COVID hit. That was difficult because it was at the point where we were editing the film," Parkinson said.

Shortly after the start of the pandemic, the contract studio Parkinson was using to edit the film closed. Although she lost the crew from Little Rock, the people helping her edit the film in Hot Springs stepped up to finish the job last year.

Although the crew was often forced to find creative, inexpensive solutions to any problems they ran into while attempting to finish the film, evening borrowing equipment, Parkinson and her team persisted through it all. Eventually, Parkinson ending up having to release a second edition of her book after learning much more about the Pea Farm Prison from people in the area where it once existed.

"I would say that we did end up having to change things along the way because we just kept getting new information from the people we encountered," costume and set designer Julie Williams said. "A lot of it was just leg work and talking to people to sort of corroborate these stories and have more than one person on camera who could tell these stories. We hunted down old people out in the countryside who almost had firsthand accounts. We went to the library and we met with people to look for remnants of the Pea Farm. There was just a good bit of legwork and traveling to filming locations well before filming even began."

The entirety of the filming took place in Arkansas. Parkinson, Williams, Lim, and the rest of the cast and crew would travel across the state for a span of several months to capture interviews, re-enactments, and B-roll that appear in the film. All the while, working against the state's ironically temperamental weather patterns, funding, and even the government.

The historic White River Bridge at Clarendon served as a staple element to the re-enactment scenes and the film as a whole. During the making of the film, the residents of Clarendon were fighting to save the bridge from destruction. The impending destruction of the bridge forced Parkinson to develop two separate endings for her film.

Built in 1931, the same year Spence made national headlines for murder, Parkinson felt compelled to join the local community's efforts to save the bridge and convert it into a pedestrian and bicycle bridge. Her idea was to rename the bridge in Spence's honor. However, the Arkansas Supreme Court chose not to hear the case, and the bridge was destroyed in 2019.

Parkinson once saw the bridge as a visual metaphor of history, of Helen's own struggle and the story of the river people. Still, even after its destruction, the legacy of the river people of Arkansas, the legacy of Helen Spence lives on. At this time, the film has not yet been released to the public but with editing in the final stages, Parkinson anticipates a COVID safe debut in the near future.