Paragould man gets probation for relationship with 15-year-old 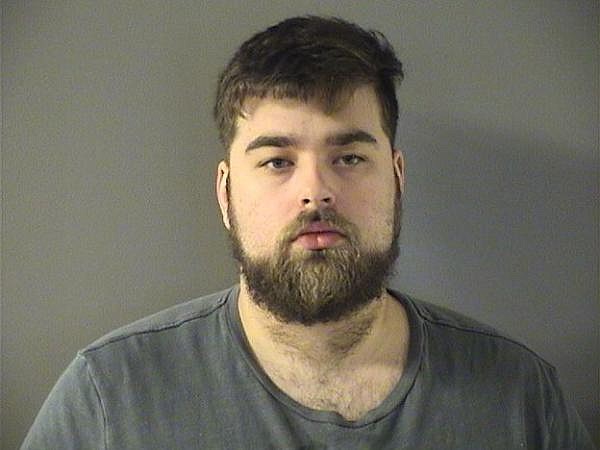 A Paragould man who impregnated a 15-year-old Hot Springs girl in 2018 and later married her pleaded guilty to sexual assault Tuesday and was sentenced to five years' probation.

Johnathon D. Mathis, 28, pleaded guilty in Garland County Circuit Court to fourth-degree sexual assault, a felony punishable by up to six years in prison, and in addition to probation was fined $1,000 and ordered to pay $690 in court costs including a $250 sex offender registration fee. He must pay $100 a month beginning Feb. 1.

"He was 25 (at the time) and she was 15," Garland County Deputy Prosecutor Shana Alexander told The Sentinel-Record Tuesday. "Her parents were aware of the relationship and the sex. She got pregnant and they gave consent for her to marry."

Alexander said the two have been married since 2018 and are "raising their child together," noting Mathis will have to register as a sex offender for at least 15 years.

Asked how the sexual assault allegations came to light, Alexander said, "The medical providers called the (Arkansas State Police Child Abuse) hotline when (the victim) told them who the father was at her first appointment."

According to the probable cause affidavit, on Oct. 17, 2018, Hot Springs police detectives learned of a possible sex offense involving a 15-year-old girl and a 25-year-old man.

The ASP hotline had been contacted regarding the 15-year-old being pregnant by her boyfriend, identified as Mathis.

On Dec. 4, 2018, Detective Hunter Scott met with Mathis at the police department and when asked about the victim, Mathis reportedly stated it was "statutory rape" because of the age difference between him and his girlfriend and admitted to having sex with her on his birthday in 2017. The couple were reportedly married on Nov. 16, 2018.

Mathis was released at that time after being questioned, but a warrant for his arrest was later issued on Oct. 31, 2019. Their child was reportedly born in May 2019. Mathis was taken into custody on Nov. 30, 2019, during a traffic stop on Central Avenue and released later that same day on a $3,500 bond.

A court order barring him from contact with the victim was issued on Dec. 10, 2019. On Feb. 7, 2020, a gag order limiting pretrial publicity was issued in the case and Mathis pleaded not guilty to the charge in circuit court on May 19.

Mathis' attorney, Travis Morrissey, had previously filed a motion to revoke the no contact order arguing it prevented Mathis from having contact with his own wife and their minor son. He noted the girl's mother-in-law had consented to the marriage and "stands ready to testify on behalf of her son-in-law and to the positive strides and maturity level her daughter has reached since meeting and developing a friendship with (Mathis) which culminated in a marriage."

He stated the couple "are a wonderful family full of love and are good parents to their son. They get along well and maintain healthy familial relationships with their own extended families, who are emotionally supportive of their relationship."

Morrissey also noted Mathis was "gainfully employed" and did not rely on any financial assistance from the government or their families. Mathis also provides assistance for his father, who had suffered a stroke.

At the hearing on May 19, Judge Marcia Hearnsberger granted the motion to revoke the no contact order and set the case for a disposition hearing on Oct. 20. It was continued twice before finally being held Tuesday.