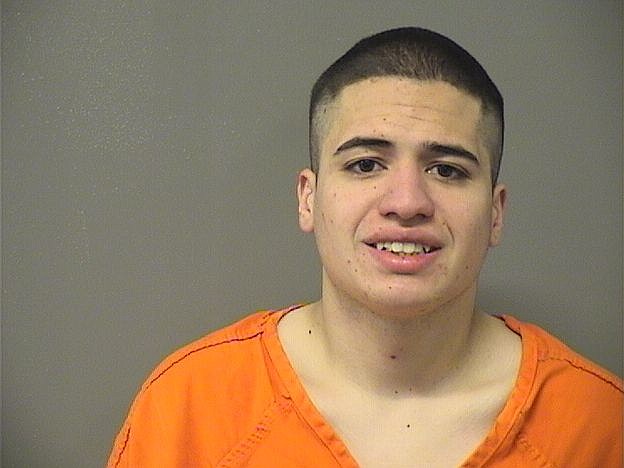 A homeless felon caught trespassing early Wednesday was arrested on felony charges after drug paraphernalia and a shotgun were reportedly found in his possession.

Warren, who was previously convicted on felony charges of possession of a controlled substance and possession of drug paraphernalia in February 2020, was being held on a $7,750 bond and is set to appear today in Garland County District Court.

According to the probable cause affidavit, around 6 a.m. Wednesday, Hot Springs police Officers Cash Murray and Dawson Guzman responded to a residence in the 600 block of Laser Street regarding trespassing.

The homeowner stated there were three people refusing to leave her residence. She pointed out one person, who was immediately detained. The other two, including one identified as Warren, fled into a rear bedroom.

Also located in the room sitting on a chair was an H&R shotgun and, after confirming Warren was a felon, he was taken into custody.

The homeowner stated she had told "the group" to leave Tuesday and they had refused and remained on the property on Wednesday when the officers arrived.