Man charged with battery for alleged attack on father 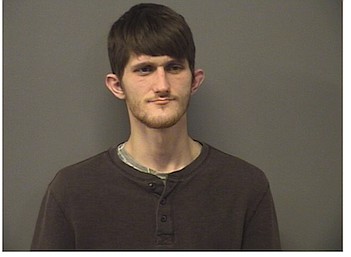 A local man was arrested Saturday morning on a felony battery charge after allegedly attacking his father and punching him in the chest where his pacemaker was located.

Joshua Wayne Polston, 30, of 118 Pratt St., Apt. A, was taken into custody at his residence shortly after 7:30 a.m. and charged with second-degree domestic battery, punishable by up to 10 years in prison.

Polston was later released on bond and is set to appear Feb. 11 in Garland County District Court.

According to the probable cause affidavit, shortly before 6:30 a.m. Saturday, Hot Springs police responded to a residence on Tennessee Street regarding a battery and made contact with a man who had visible lacerations to the fingers of his right hand and on his forehead.

The man stated he was living with his son, identified as Polston, at 118 Pratt St. and that earlier that morning he and his son got into an altercation about medication. He said Polston began to "push and shove him around the house."

When he tried to get Polston to stop, he said he began to punch him in the chest where his pacemaker was located. Then Polston picked up an unknown object and hit him with it causing the lacerations to his fingers.

During the altercation, Polston also allegedly began poking his father in the forehead "out of aggression" while yelling and caused a laceration "possibly from his fingernail."

The father told police Polston should still be at the Pratt Street apartment so officers went there and took him into custody. The affidavit notes Polston was read his rights, but did not indicate if he gave a statement to officers.