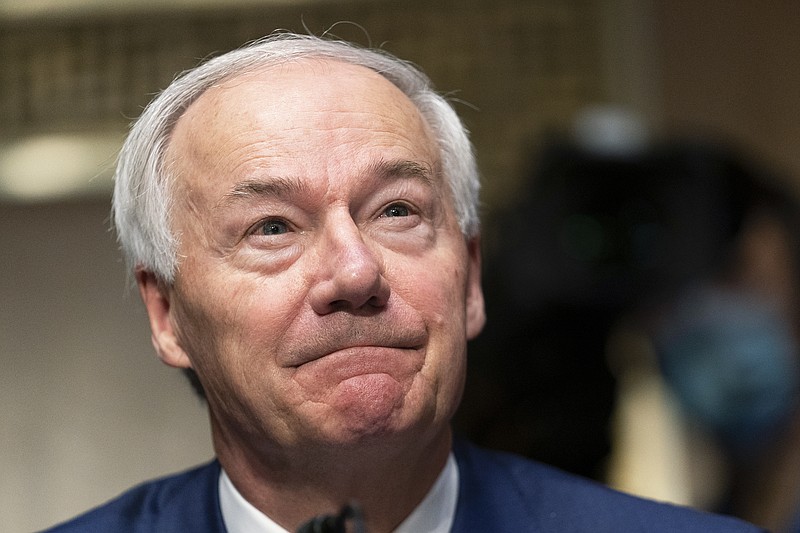 In this June 22 file photo, Arkansas Gov. Asa Hutchinson testifies before a Senate Judiciary Committee hearing on Capitol Hill in Washington. Hutchinson is set to become the new chairman of the National Governors Association, which has been focused on states’ response to the coronavirus since the pandemic erupted across the U.S. - AP Photo/Manuel Balce Ceneta

LITTLE ROCK -- Arkansas Gov. Asa Hutchinson, a Republican whose state is struggling with a resurgence in coronavirus cases and lagging vaccinations, called combatting vaccine resistance a priority as he took over as head of the National Governors Association.

Hutchinson was elected Thursday as the association's chairman, moving into the role as the Delta variant of the virus causes a resurgence in red states like Arkansas. Hutchinson's state has been at or near the top of the country in new cases per capita, and Arkansas this week saw its biggest one-day jump in hospitalizations since the vaccine became available.

"We have much work to do to overcome vaccine hesitancy, but we can do it together," he said at the group's summer meeting, which was held virtually for the second year in a row because of the pandemic.

Hutchinson is taking the reins from New York Democratic Gov. Andrew Cuomo, who is leaving the chairmanship at a time he's facing multiple probes. They include allegations of sexual misconduct and harassment, whether he unethically used state resources for a $5 million deal for his COVID-19 memoir, and his administration's manipulation of data about COVID-19 outbreaks among nursing home residents.

Cuomo said the pandemic highlighted the importance of governors, as the federal government left it largely up to states to set up massive testing regimes and purchase scores of masks, ventilators and others supplies. He commended Maryland Republican Gov. Larry Hogan, a former NGA chairman, for speaking "truth to his own party even when it was hard." Hogan had said former President Donald Trump left his state vulnerable amid the pandemic.

The NGA chairmanship is the latest national spotlight for Hutchinson, who has gained attention for distancing himself from former President Donald Trump and his state's embrace of Trumpism. Hutchinson has appeared frequently on cable news and Sunday shows, also talking about the state's increasingly ominous COVID-19 situation.

Hutchinson warned that Arkansas' experience could be a grim preview of what awaits other states.

"What I see that we're experiencing in Arkansas right now with the surge of the Delta variant is going to be a likely experience in the coming months in other states as well," Hutchinson told The Associated Press in an interview.

Hutchinson this week kicked a series of town hall-style "conversations" he'll hold around the state aimed at encouraging people to get vaccinated. The first one was scheduled in Lonoke County, a rural county outside Little Rock where a little over a third of the population is fully vaccinated.

As in other red states, Arkansas' ability to impose new restrictions because of the latest surge have been curbed by lawmakers angry about restrictions imposed last year. The measures approved by the majority-Republican Legislature include a ban on mask mandates or vaccine requirements by government entities, including schools.

The forums follow other efforts to encourage vaccinations that have had limited success. That included an incentive -- offering lottery tickets or gift certificates for hunting and fishing licenses for those who get the shots -- that so far has had few takers.

"There's not much more I can do from a weekly news conference or a daily news conference from the state Capitol," he said. "I want to get out in the community because it's each community and local leadership that can greatly expand on what we're trying to do at the state and national level."

One way to build confidence at the national level, Hutchinson said, would be for the Food and Drug Administration to grant final approval for the vaccines. That would eliminate the justification used by some who haven't gotten vaccinated yet, he said.

Hutchinson said the NGA's role in responding to the pandemic will primarily remain communicating with the White House and the federal government, and advocating on behalf of the states. But he said they can also share ideas on how to increase vaccination rates.

Hutchinson said governors also need more flexibility from the Biden administration on how they can use funding from the latest round of coronavirus relief funds, and clarity on how they can be used.

The NGA will also likely play a major role in promoting the bipartisan pared-down infrastructure deal. But Hutchinson said there's not agreement among the association's members for a second, more expansive package backed by Democrats.

Hutchinson said he'll also use his chairmanship to promote computer science education in public schools, an initiative he's advocated at the state level in Arkansas. 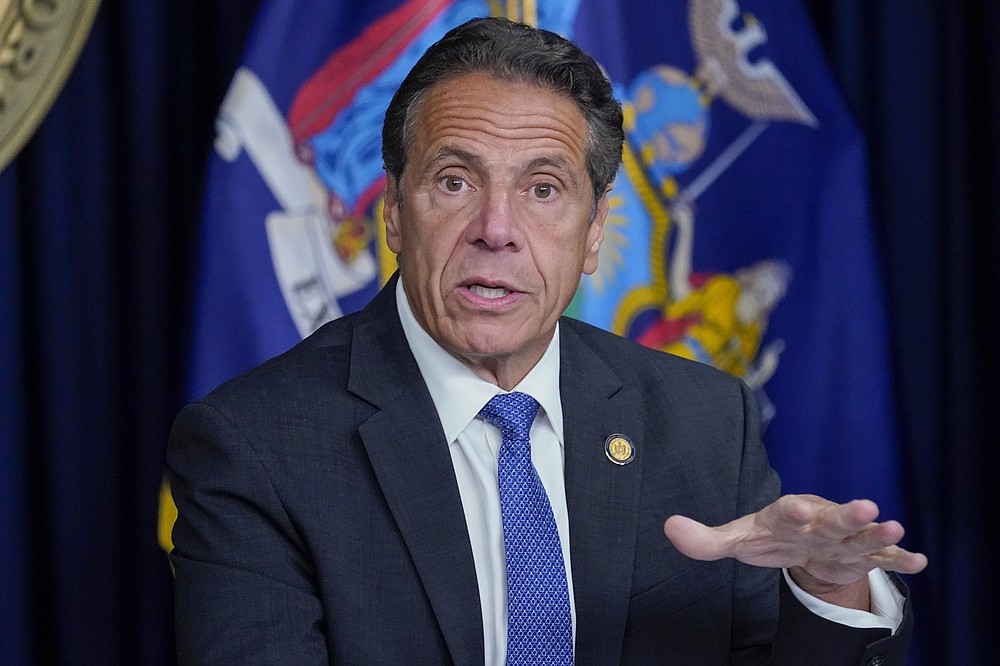 FILE - In this Wednesday, June 23, 2021, file photo, New York Gov. Andrew Cuomo speaks during a news conference, in New York. Cuomo is the outgoing chairman of the National Governors Association, which has been focused on states’ response to the coronavirus since the pandemic erupted across the U.S. Arkansas Gov. Asa Hutchinson will become the new chair of the association. (AP Photo/Mary Altaffer, File)